No beginning and no end – Ludovilk Myers explores the relationship of organic forms and abstract fields throughout his creative practice. In his series Cold Wave the eternal process of exploring comes to a climactic point, when representational and abstract painting are juxtaposed simultaneously. Kolly Gallery presents another groundbreaking series by Ludovilk Myers from 12th to 17th April 2021 in Zurich.

The main hypothesis accompanying Cold Wave is Ludovilk Myers’ question and reflection on the place of nature in art. The series is a research of evolutionary contemplation. Ludovilk Myers questions the liveliness of natural objects on a canvas. The portrayal of a representational object on a canvas is always a frozen or even dead snapshot, which is symbolized by the dark grey and black shapes. Conversely, it is alive with the power of its composition and the emotions it communicates.

„ The cold wave is like a dive into the abyss of oneself.“

All started with the black-chrome striped waves in the center of the canvases. Further, the artist portrays fragments of his visual repertoire, such as plants and vases. But by leaving out crucial elements of the organic objects, they result in the seemingly abstract fields, which consolidate the rather graphic wavy forms. The fragments of representational with the mood of abstract color fields are juxtaposed in every art work. The tension and interplay between the cold still life and the vibrancy of the transmitting mood and emotions, is underlined by his choice of structural composition, texture and color.

The first lines and spontaneous sketches are documented in the artist’s notebook to give him an initial direction and a vibe. In a second step he changes to canvas, on which he paints dynamically and progressively. Facing the canvas, spontaneity takes over and the compositions evolve, yet staying connected to the main theme of the series: the nature of the figurative in abstraction. The chrome color, typical of his biographical background of graffiti, as well as his characteristic feature of glitter, run through the entire series. The multiple layers resulting in the final art work increase the complexity of the viewers experience, allowing for an immersive discovery of the work.

Without noticing the viewer is dragged into the Cold Wave, gets lost in the composition and can detect new forms every day. With no beginning and no end – eventually a feeling of a cold surge, like a dive into the abyss of oneself overcomes. 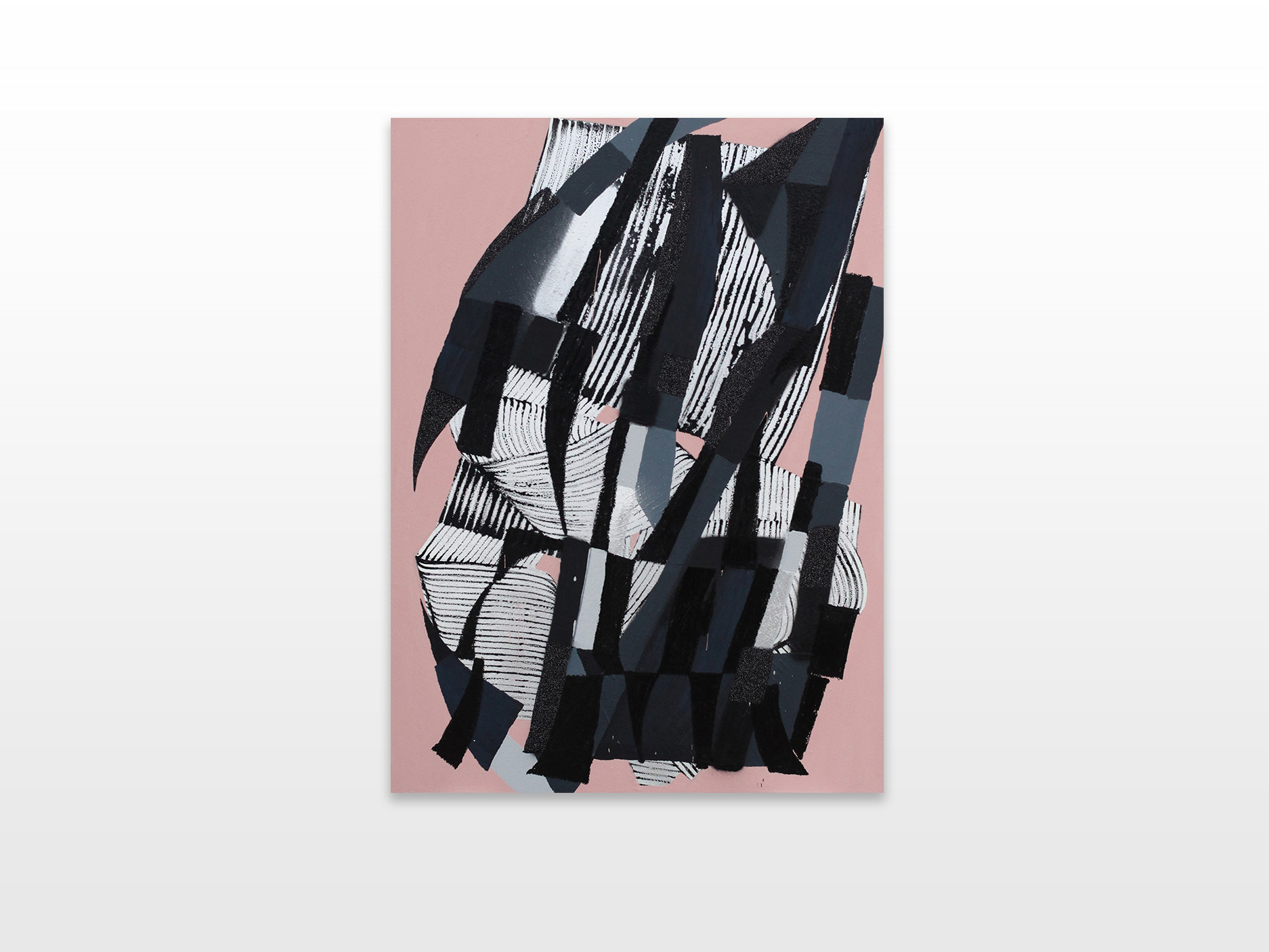 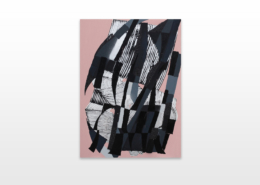 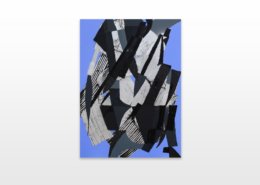 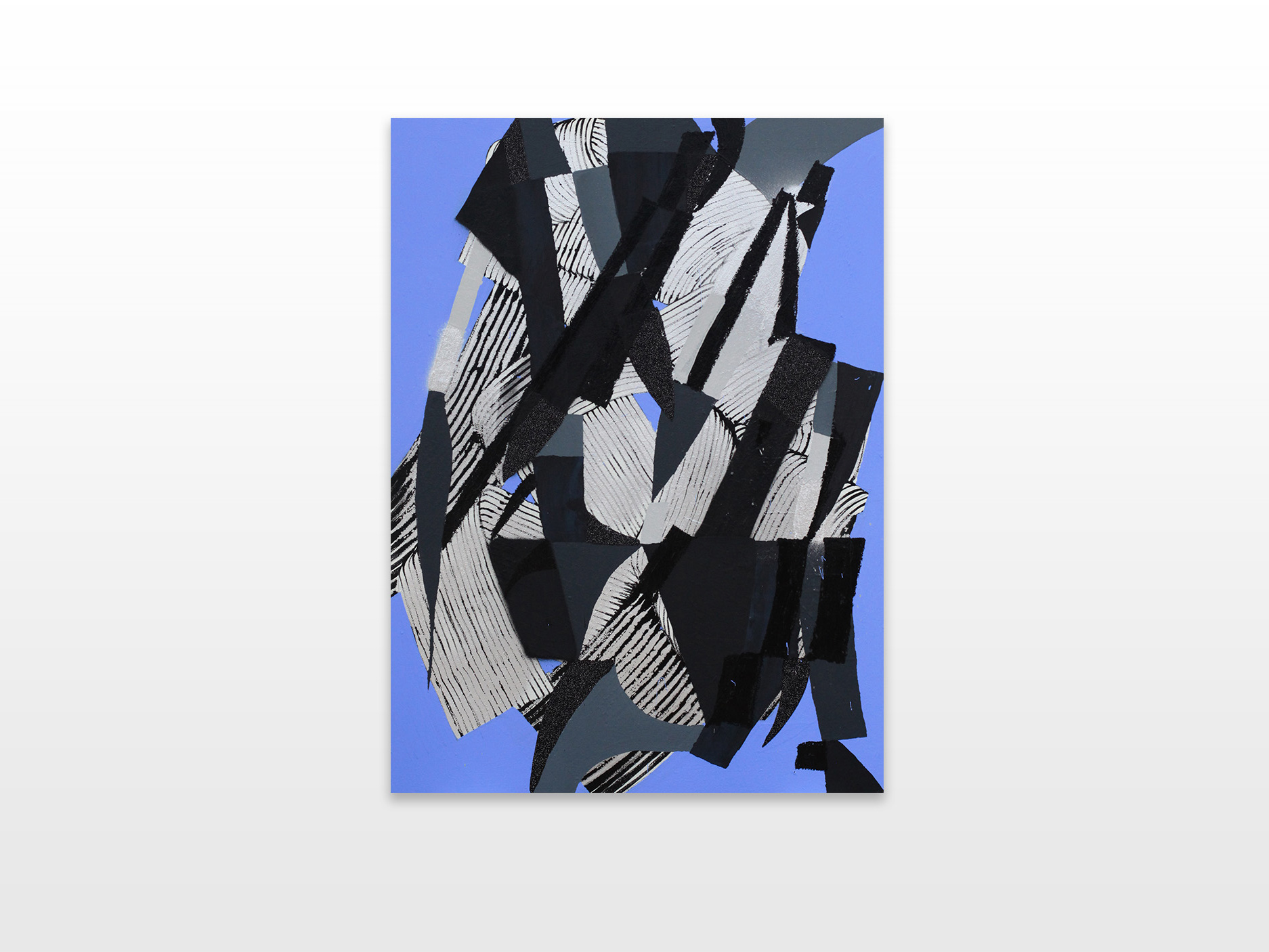 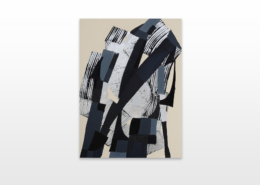 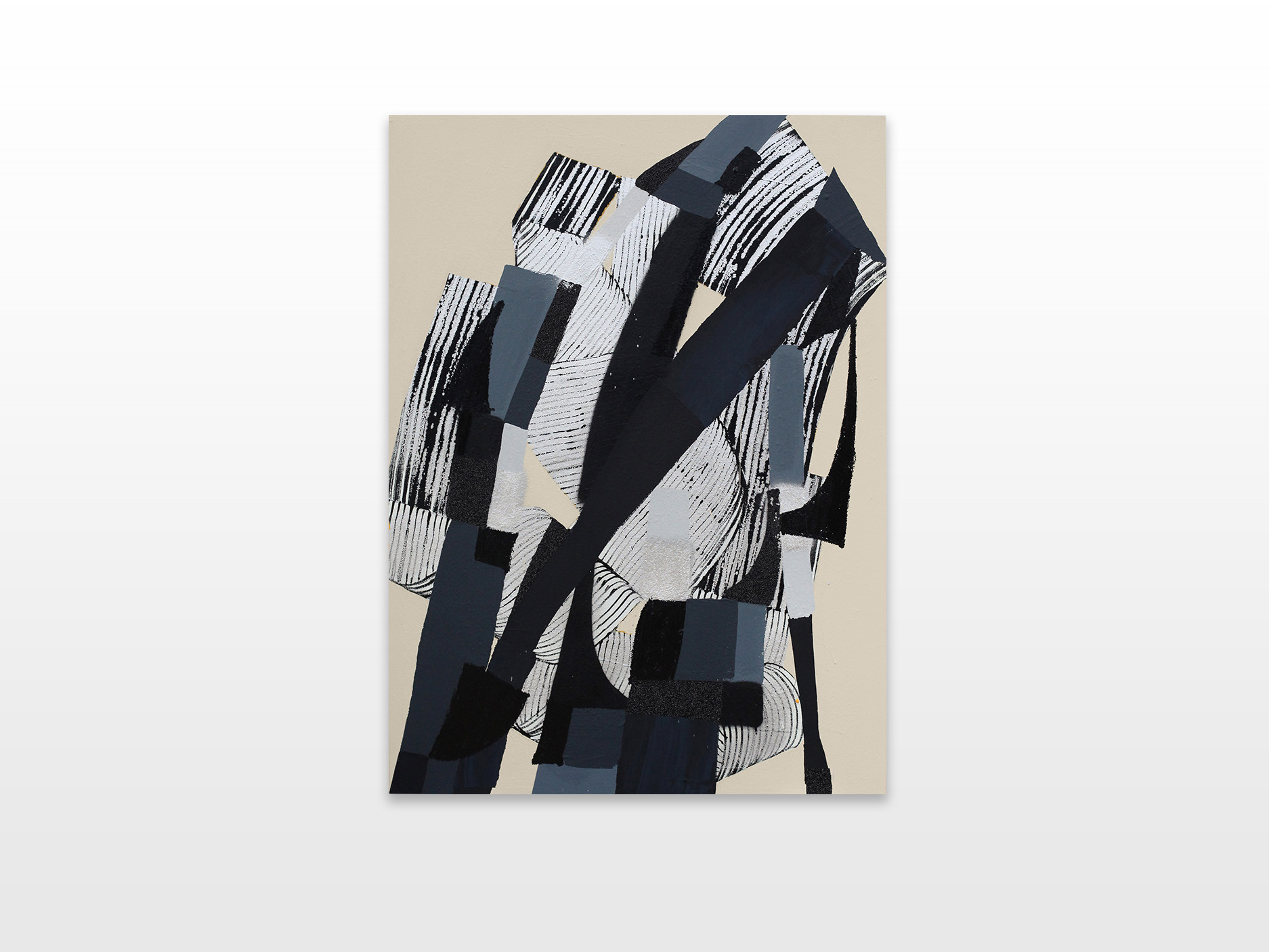 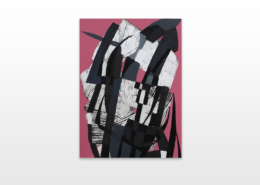 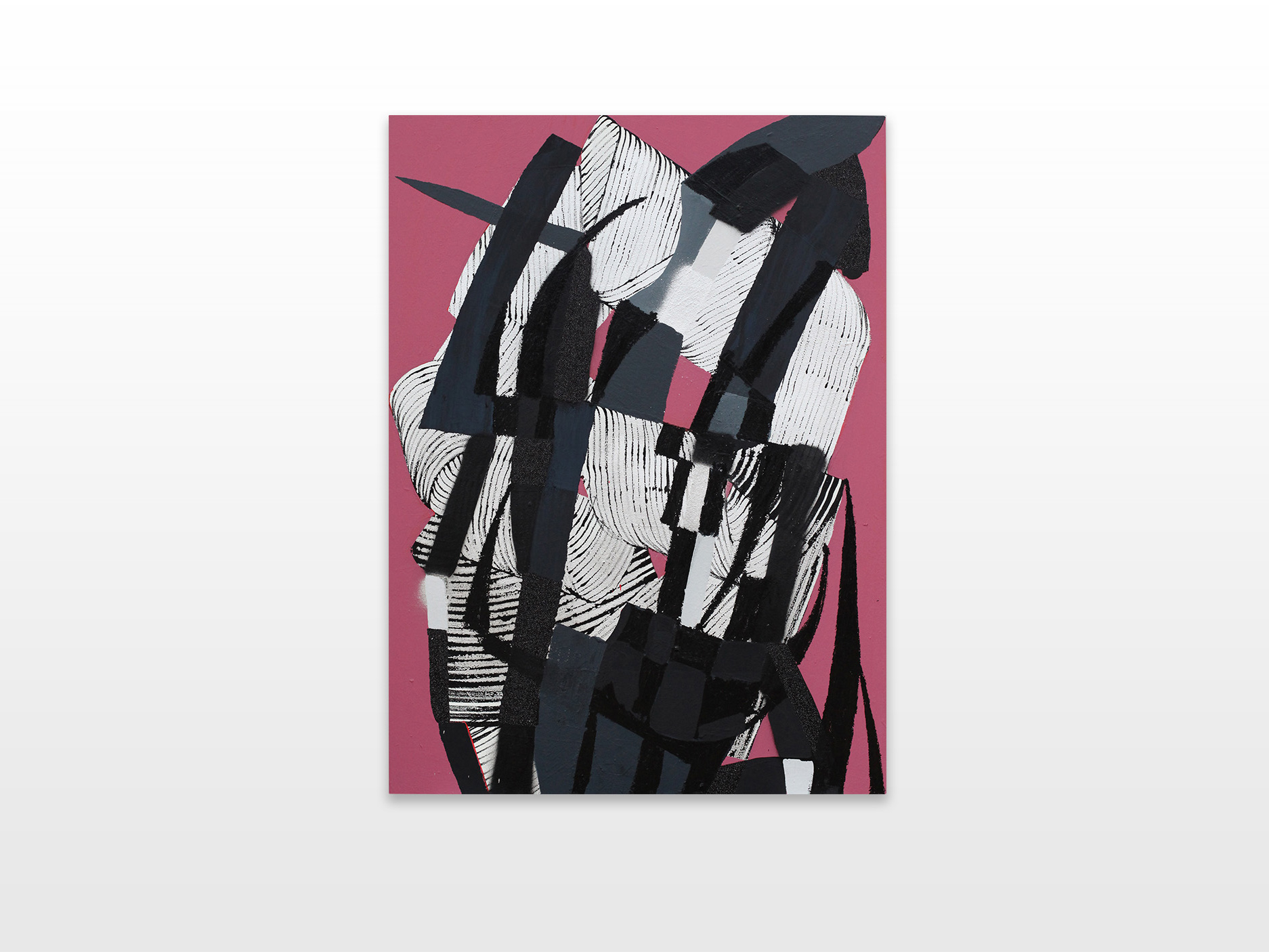 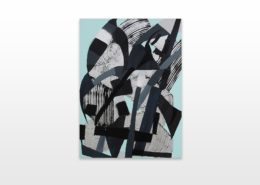 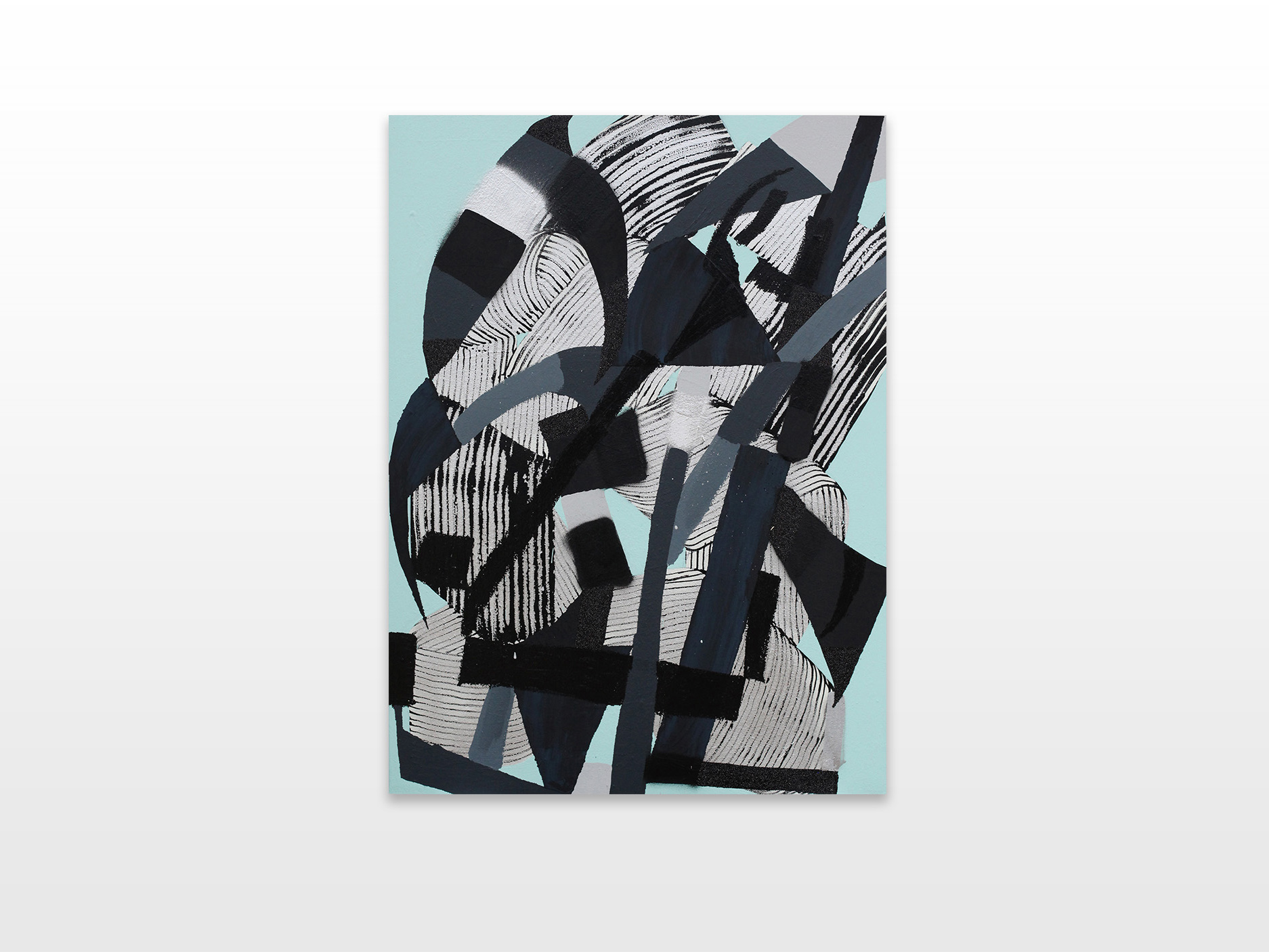 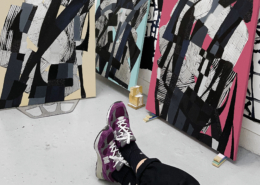 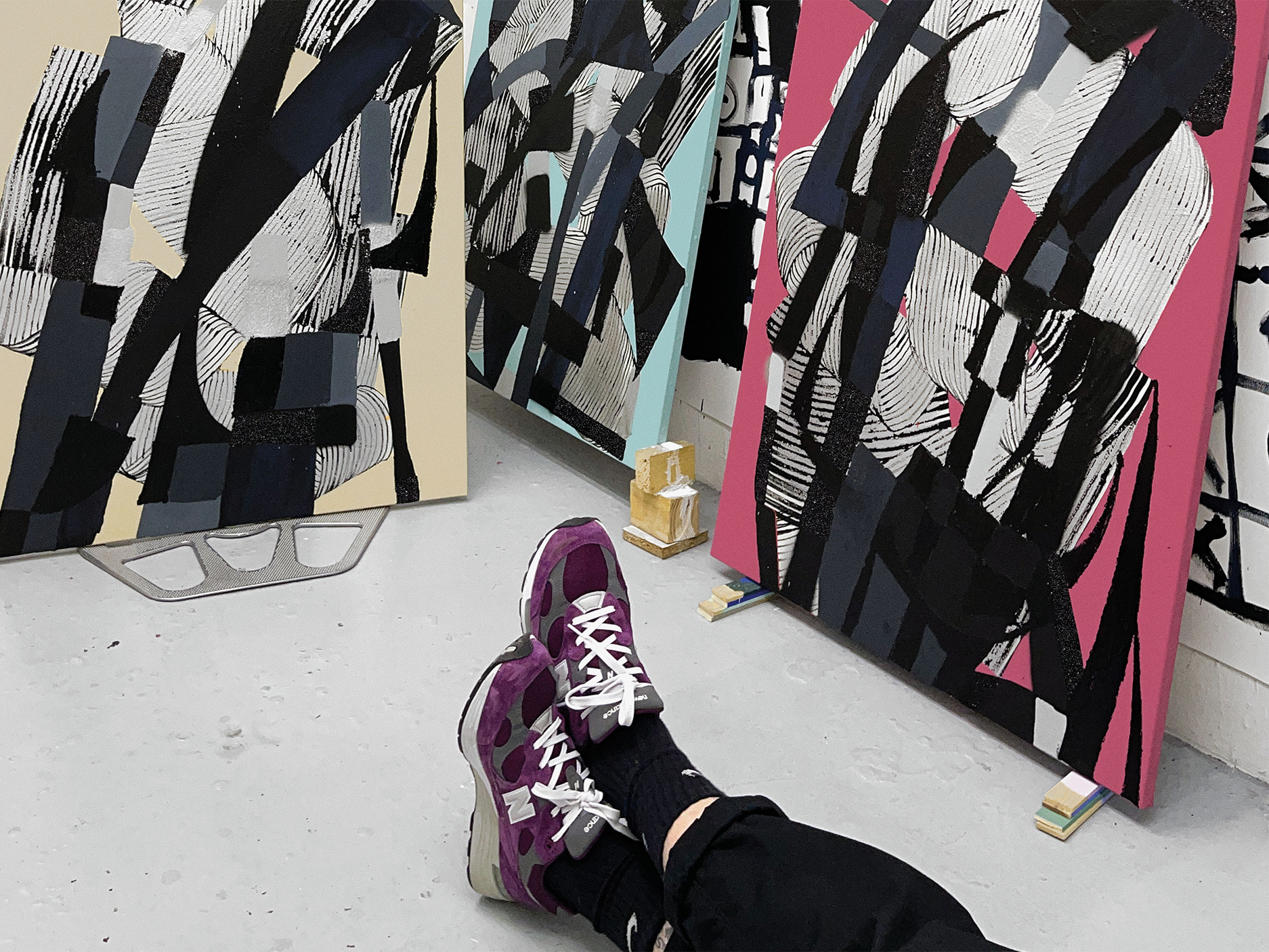 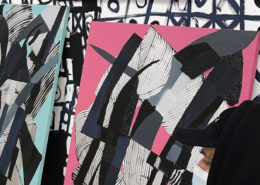 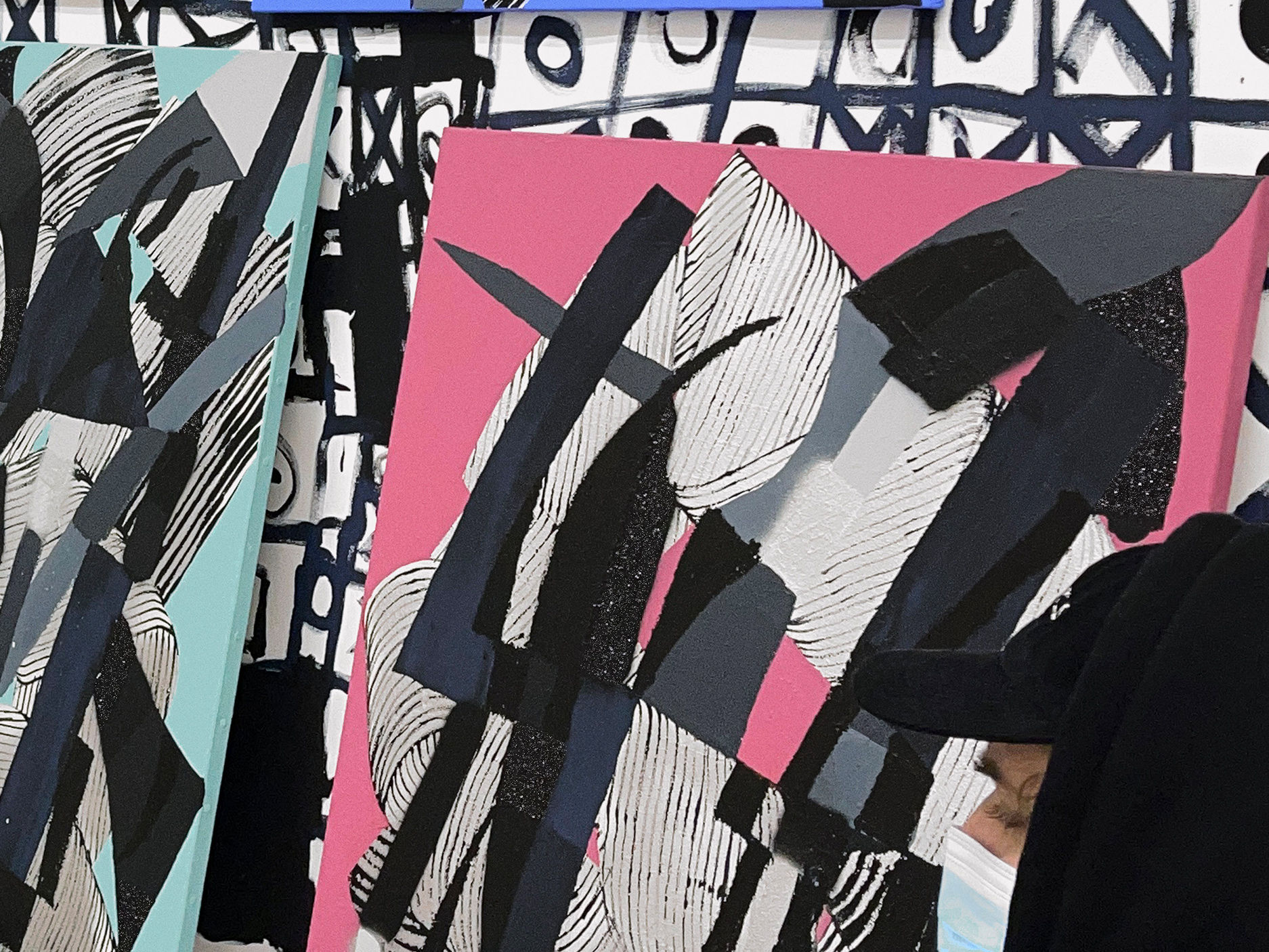 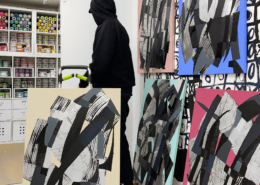 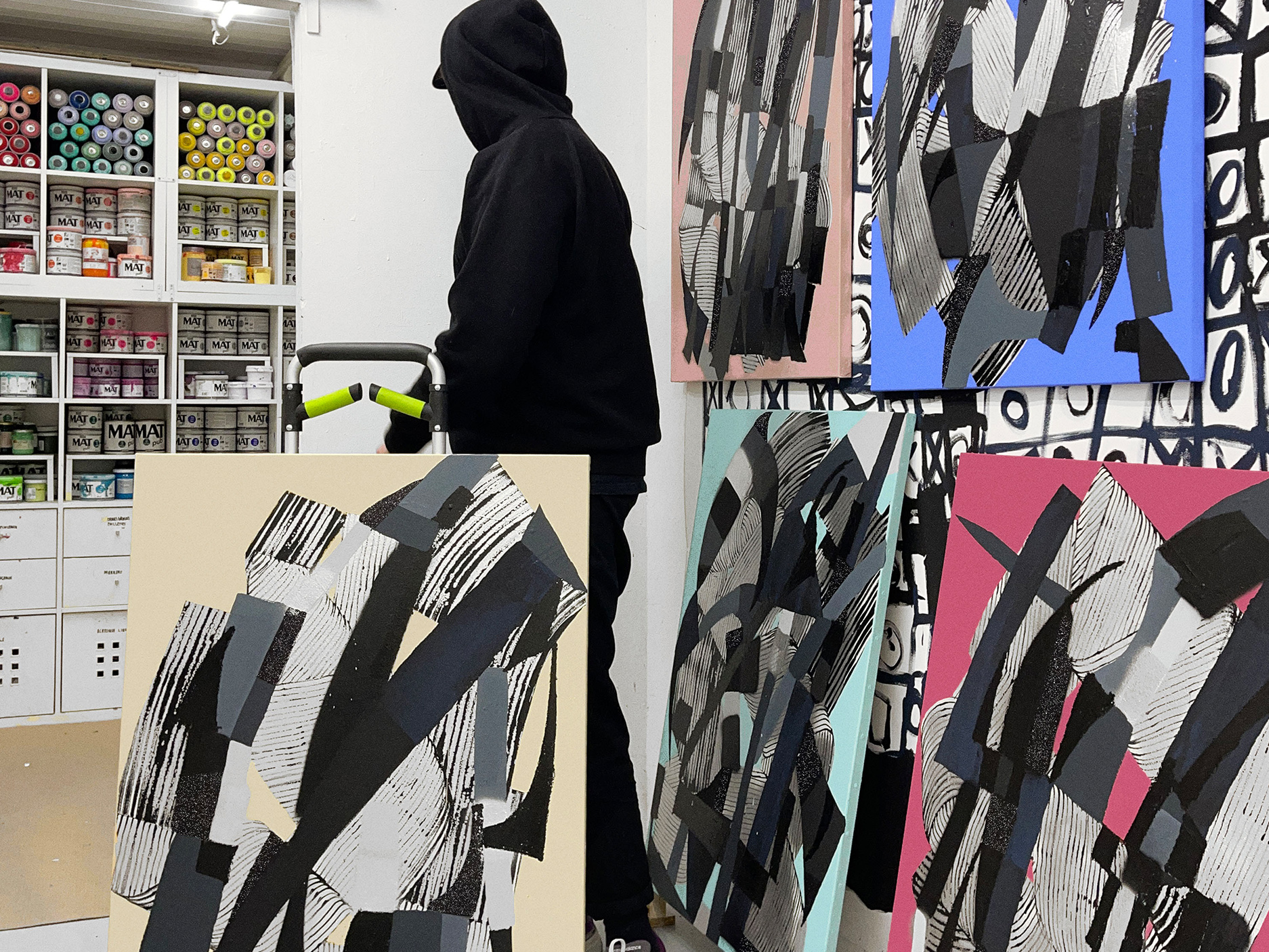 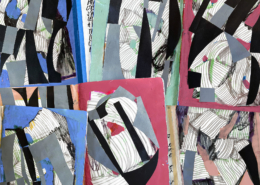 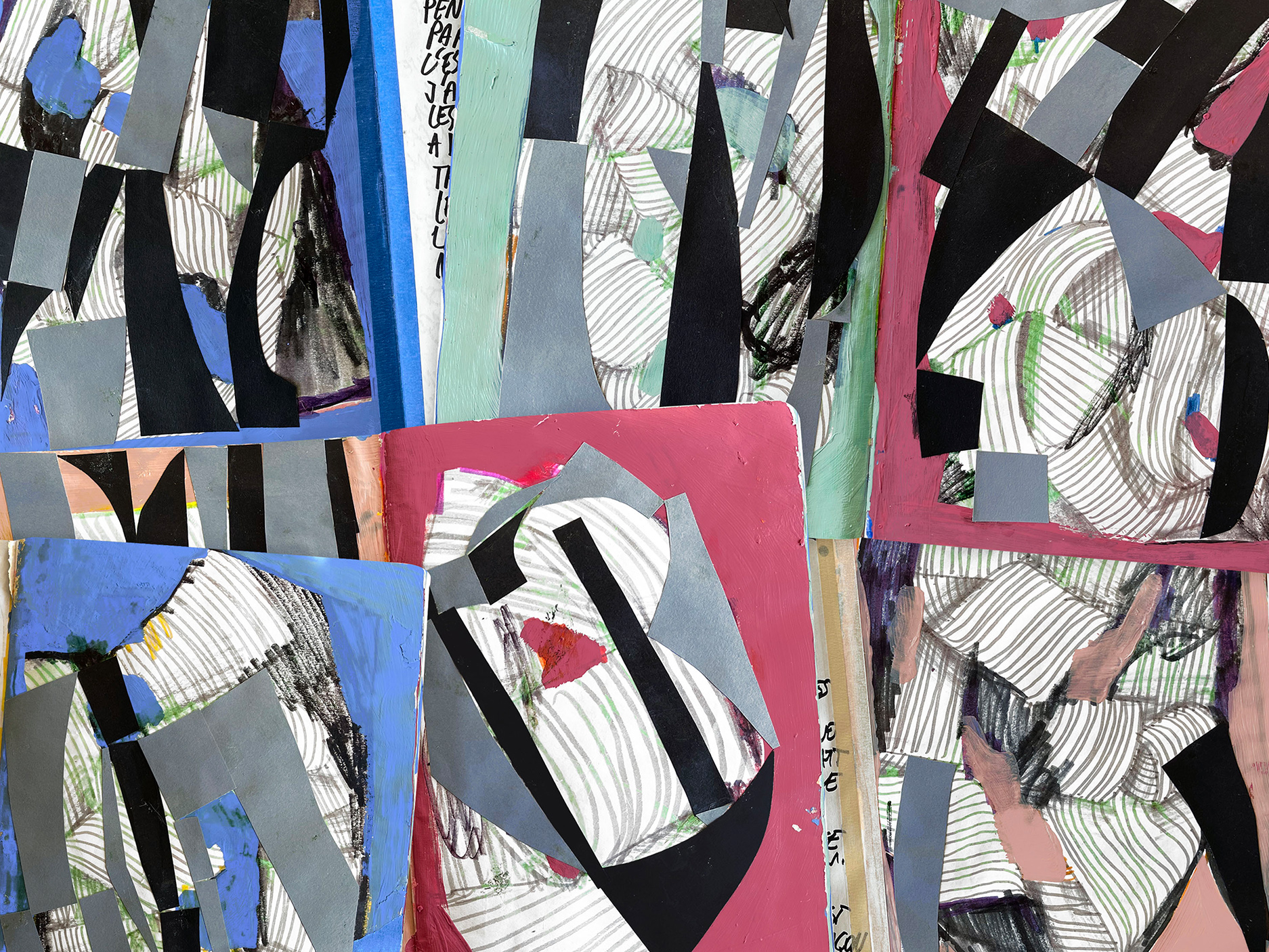 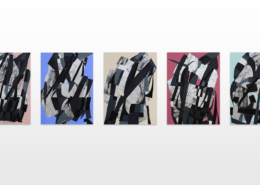 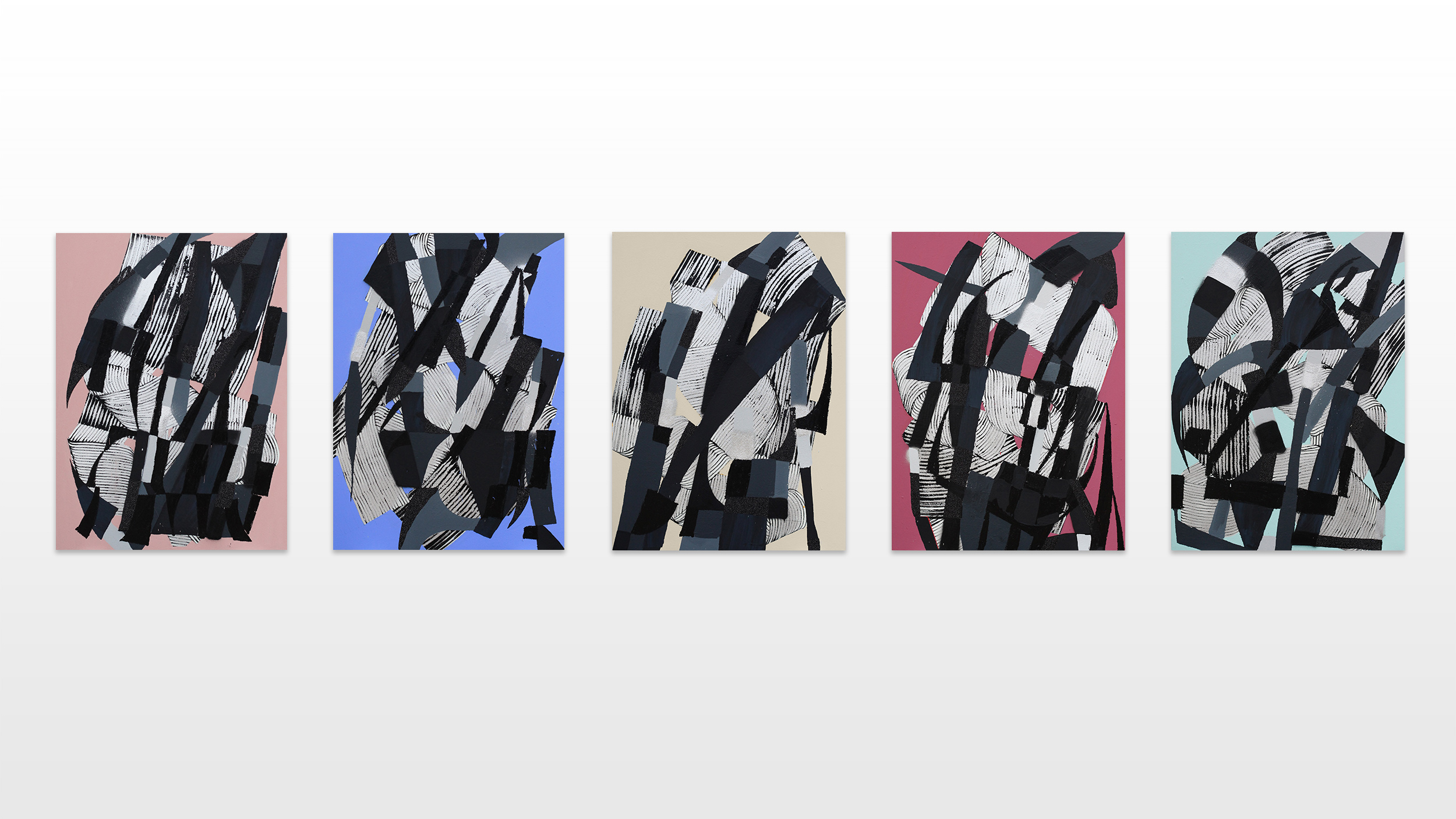