The exemplary path of John ‚Crash‘ Matos, that conquered the early graffiti art scene in New York, shows the shift from the streets to the galleries. In the new series entitled Textures presented from 7.10. to 12.10.2019 at Kolly Gallery he delights the audience with his distinctive style.
In his artworks the universe of graffiti is always the primary focus, but with this series, gives away more about the surroundings of graffiti. In this series the artist envisioned graffiti as a platform to be explored, such as surfaces, neighborhoods and people. Because his goal truly is to bring his own vibe to the world around him, hoping to communicate his individual experience of graffiti.

„ I paint to communicate an experience.“

Color explosions and different textures as well as the omnipresent icon of the eye are predominant features in Crash’s canvases shown in the exhibition. The different colored splashed imitate amplified sprayed tags or throws ups on walls. Accompanied by the legacy of old school graffiti Crash developed his compositions, while traversing several abstraction processes. Lettering and tags became color swatches. Lettering as well as writing constitute only a small part of the canvas. Full feminine faces from his earlier paintings in the 1990s were shortened to one essential icon – the eye. Nevertheless, the reference to the comic tradition in Crash’s stylization of letters and facials becomes obvious. Central to the look of these canvas works is that both letters and characters only appear in fragmented versions unlike the street versions.
The stylization of Crash’s letters and motifs convey a nostalgia, not only for earlier graffiti, but also for the advertising industry of the 1960s. The inclusion of elements such as comics, advertising and pop art give his works a certain ‘retro look’. 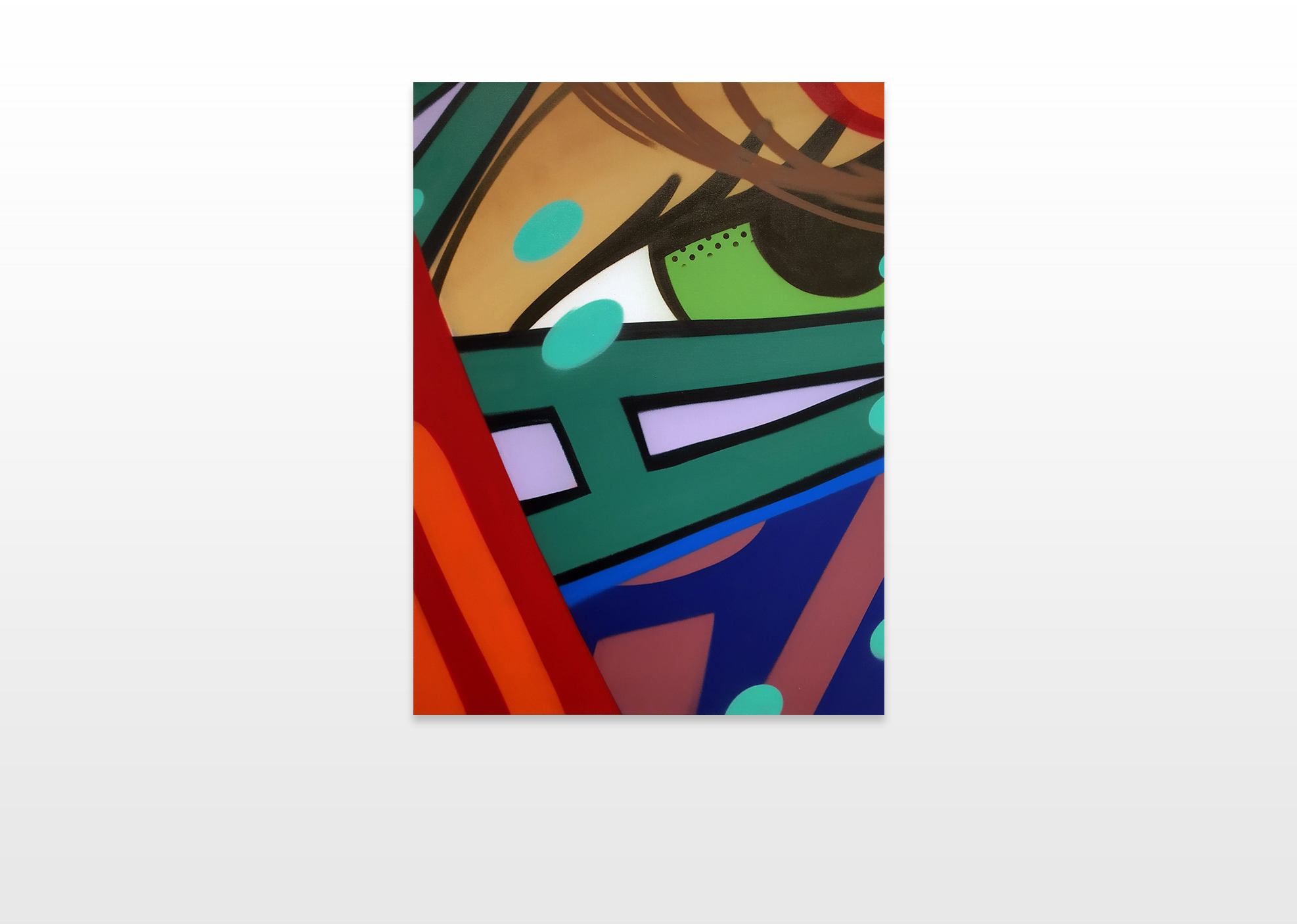 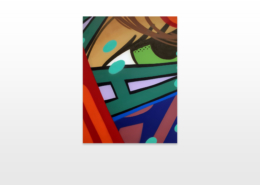 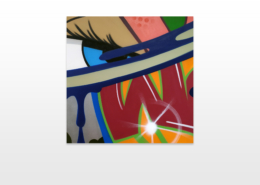 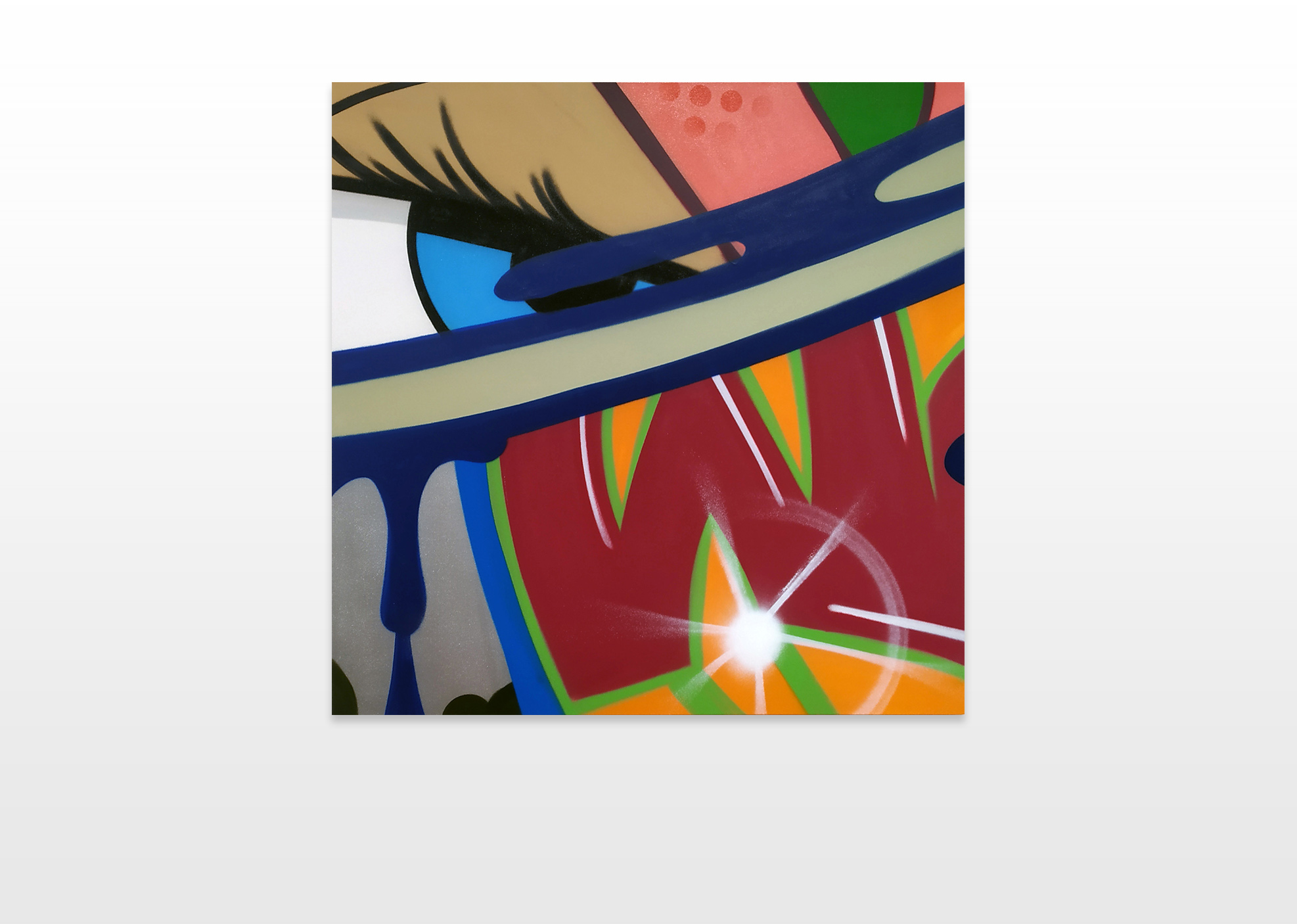 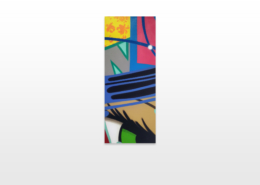 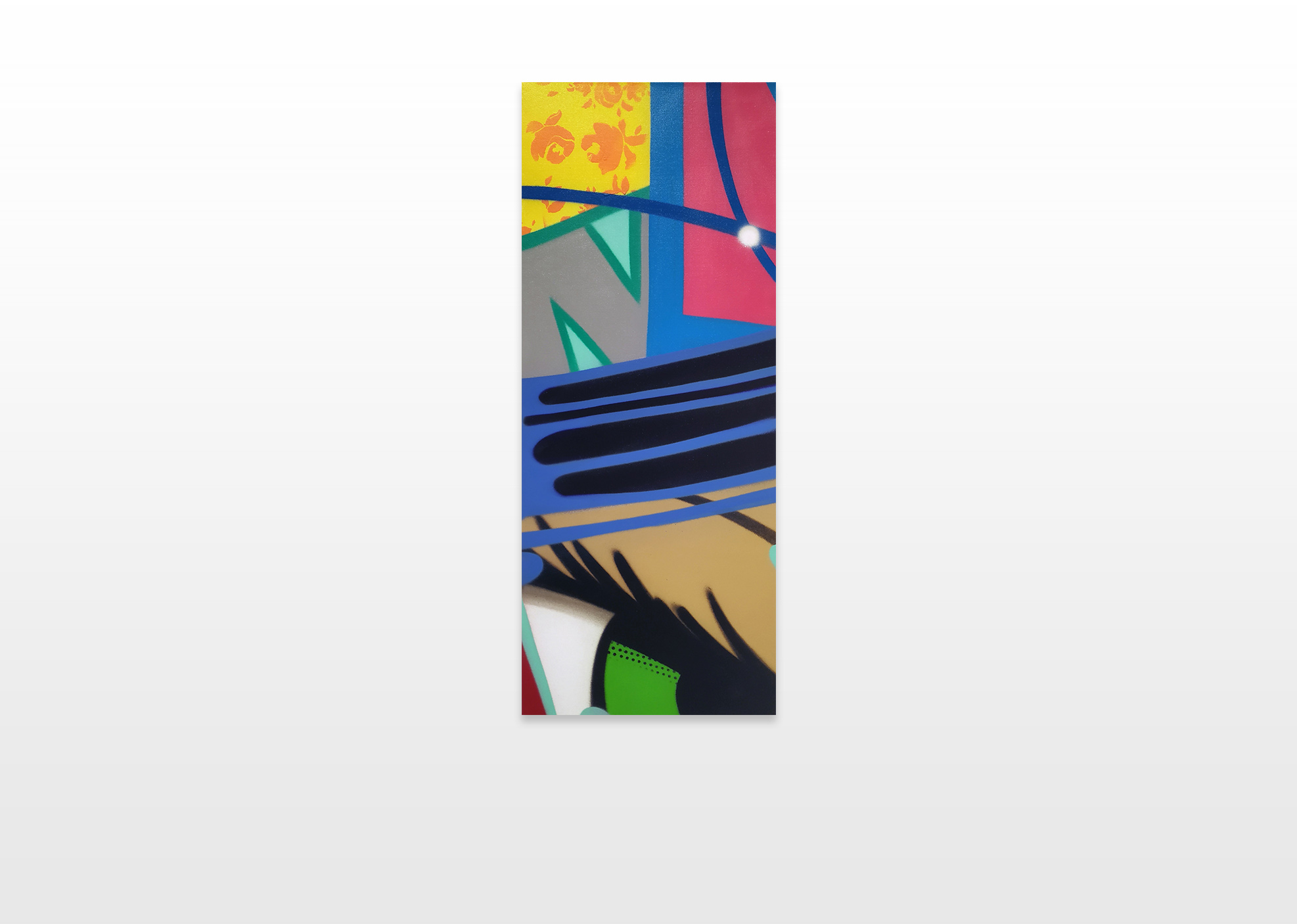 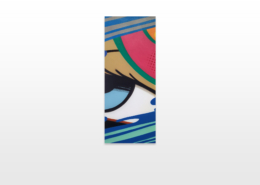 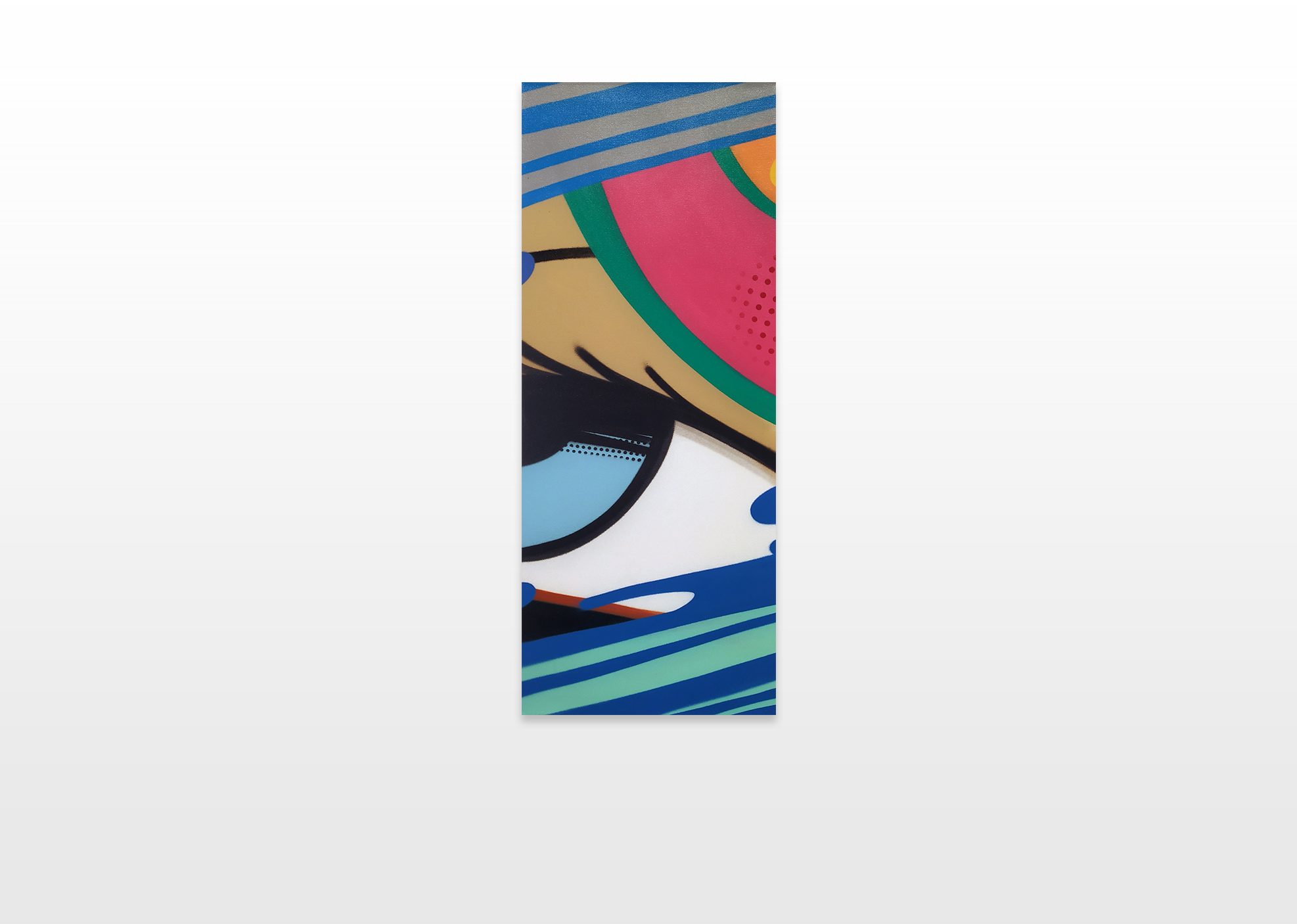 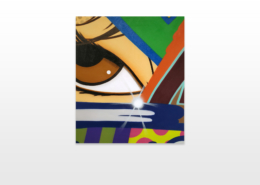 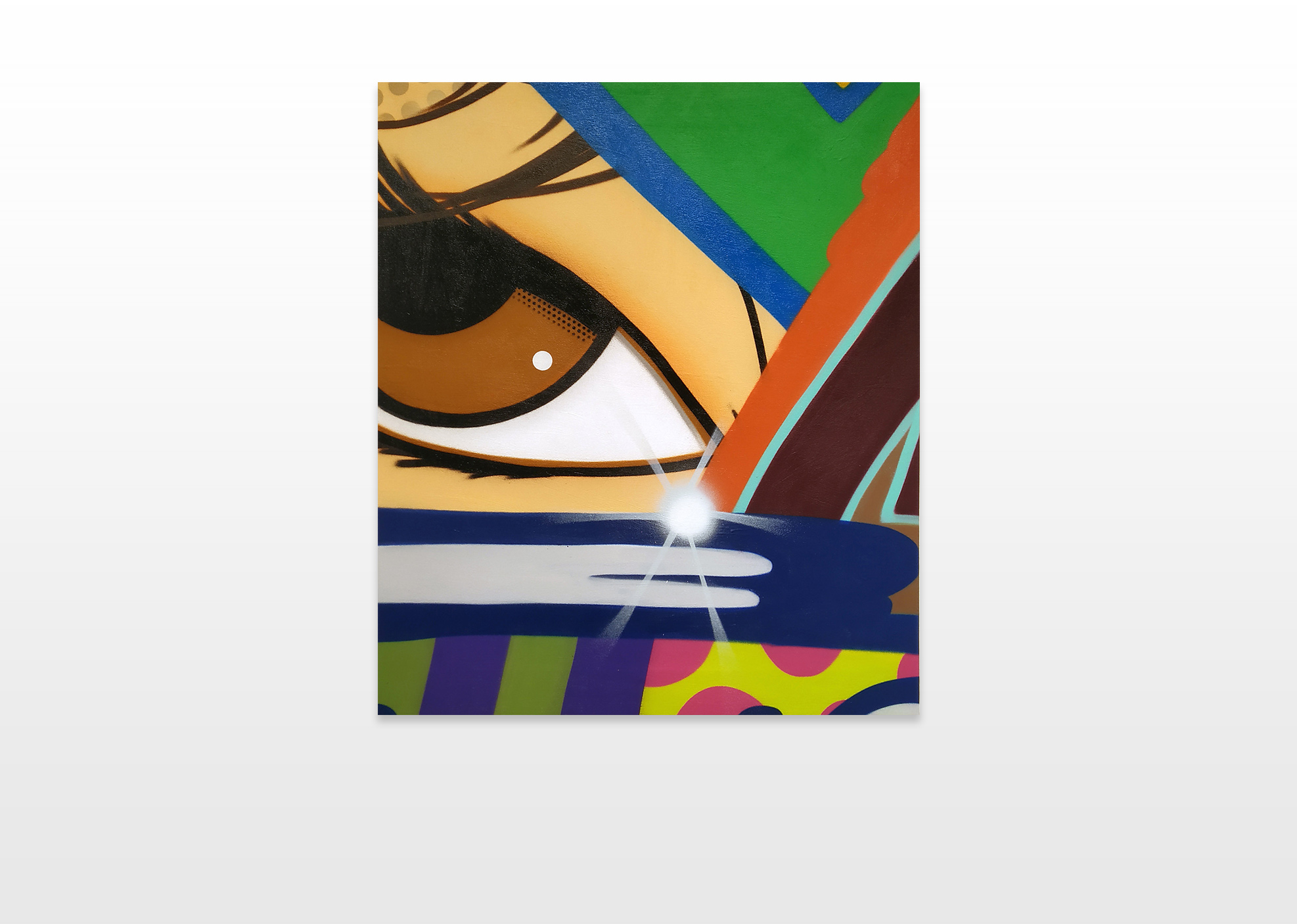