Multiple layers of simple vertical brushstrokes characterize Flavien De Marigny’s particular manner for his abstract paintings presented in his unique body of work. Kolly Gallery is proud to present De Marigny’s series On and On from 23rd to 28th December 2019.

The title of the exhibition represents an ode to repetition. The main characteristics on De Marigny’s series are single vertical brushstrokes and the element of repetition. Every vertical brushstroke in his paintings represents one element that operates though the collectivity on the canvas. De Marigny remembers the recurrent catchphrase “On and On“ form old school hip hop music, that he still likes, while working and keeping a positive and dynamic motto.

„ I like the paradox of having a very mechanical way of painting canvases, that finds its beauty in the mistakes and accidents happening along the way.“

In the previous exhibitions the artist presented a consistent series, in this one, he decided to exhibit paintings that were created individually. The selection of these paintings pinnacles the essence of the “strokes“ concept. Hence, it results that some of the art works are held in different color palettes as well as various manners of stroke application. Usually the artist chooses the titles very precisely, which derive from dreams, fantasies and memories. The artist is always surprised how the ingenuity of the individual brushstroke versus the folly of the collectivity melt to a powerful expression. Also the quite mechanic application method of the brushstrokes results in an organic appearing synthesis.

In 2015, Mambo started with a new series of abstract paintings. When Mambo confronted the public with his very new and different approach he decided to sign them with his first name, Flavien, because they appeared exceedingly different from his well-known paintings. These canvases consist of a rather geometrical texture and minimal color variations. Vertical brushstrokes are the simple yet effective trademark of Flavien’s series. The technic is a result of a long-standing study and experience in art, but also influenced by the assistant years to Sol LeWitt, in the mid 90ies. Different art movements as well as artists are still inspiring Flavien’s artistic practice, such as: Franck Stella, Yayoi Kusama, Ellsworth Kelly, Piet Mondrian and Jackson Pollock.

Flavien Demarigny – On And On 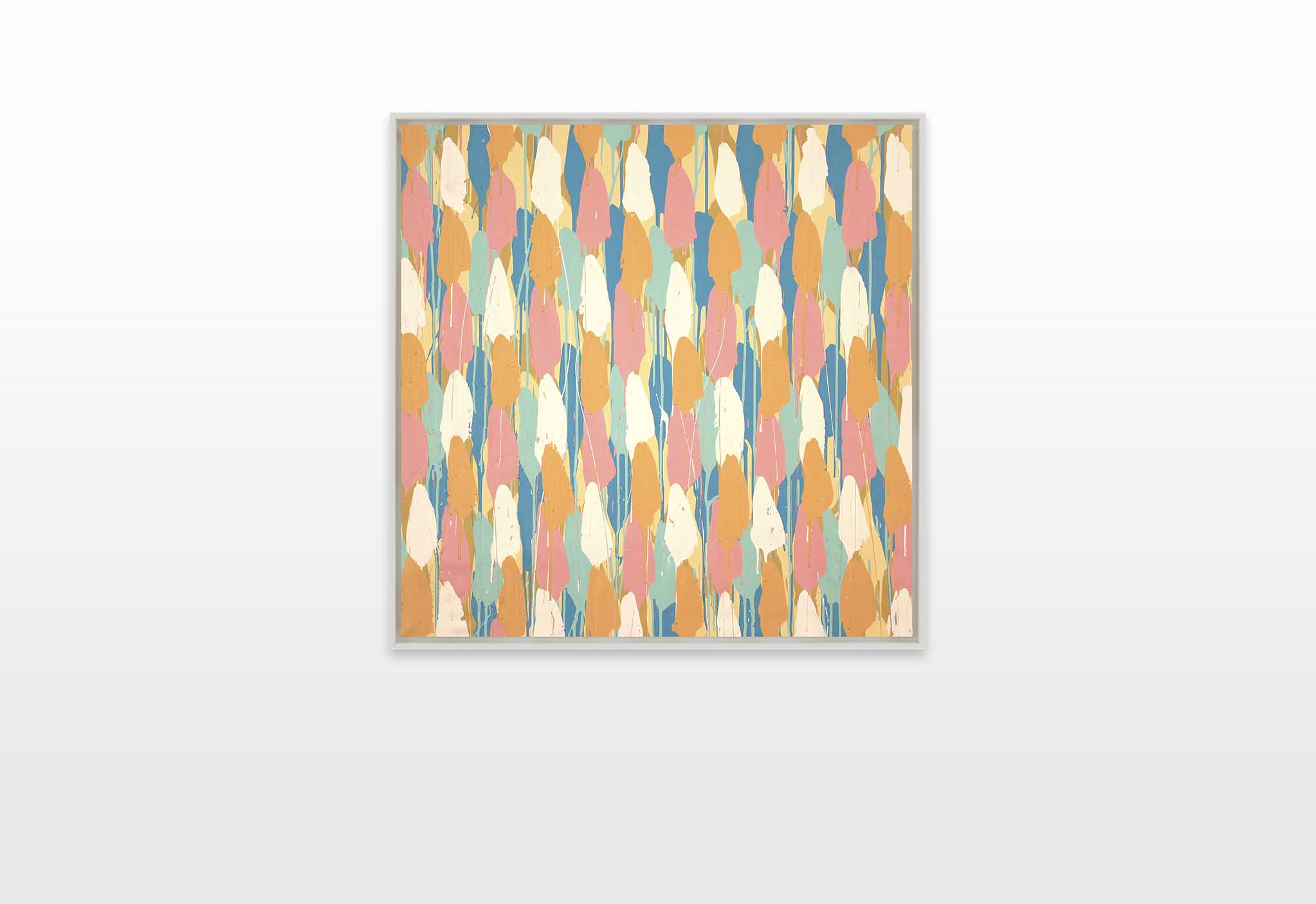 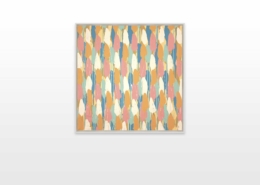 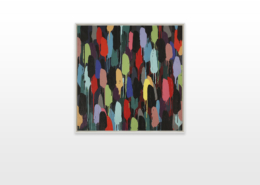 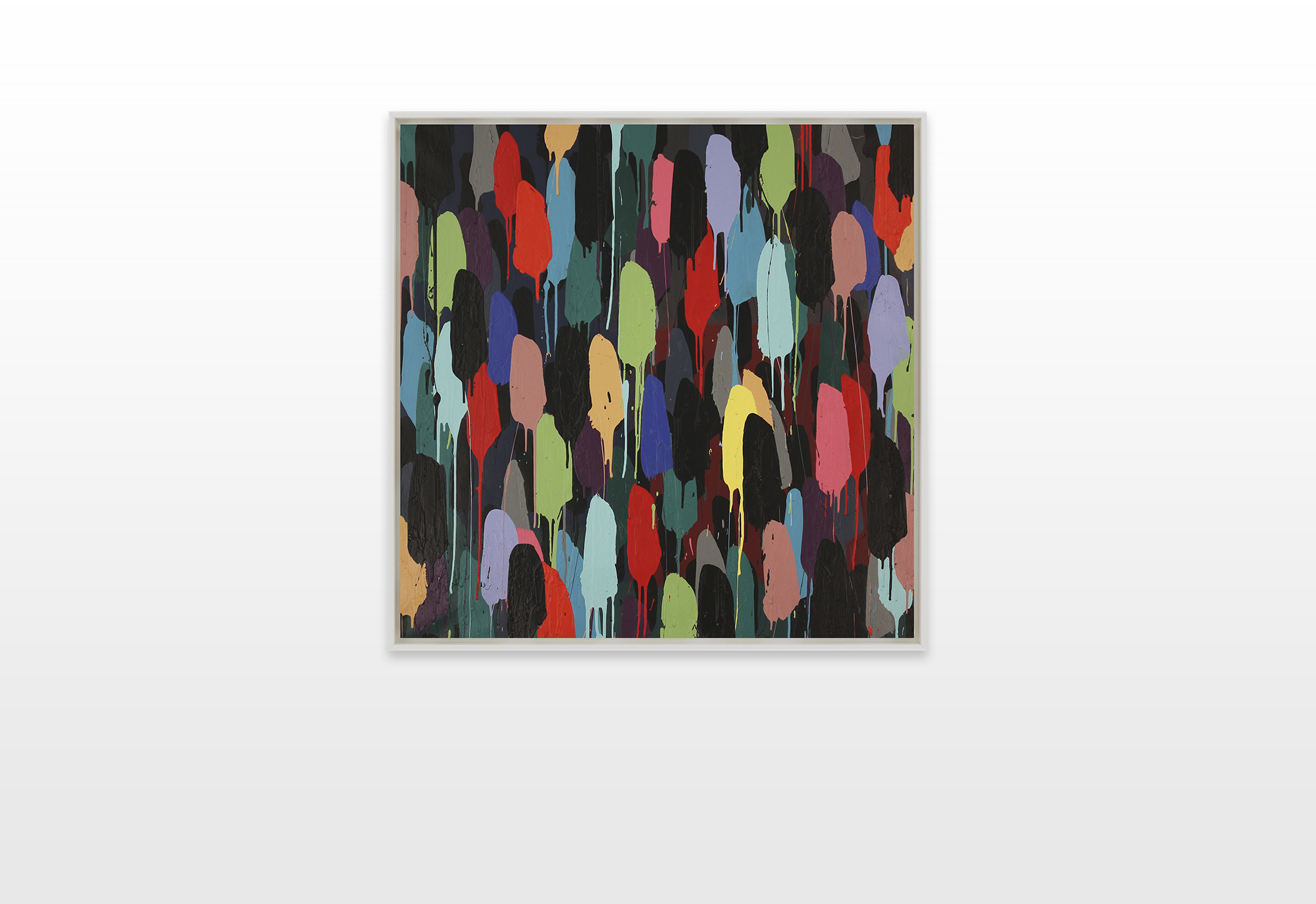 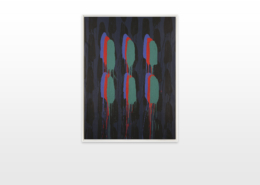 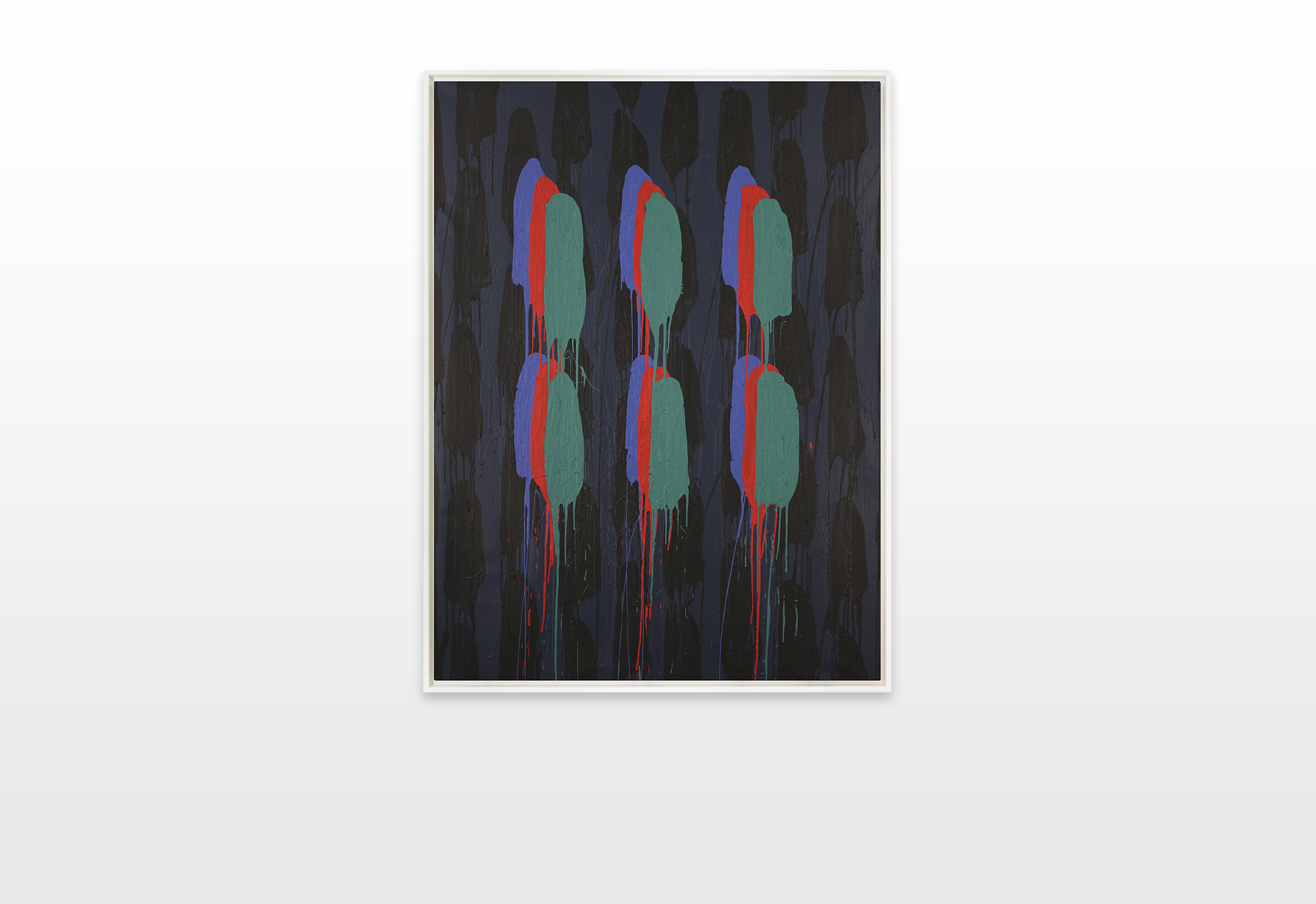 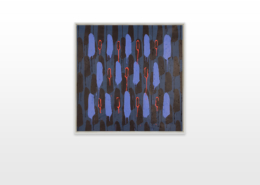 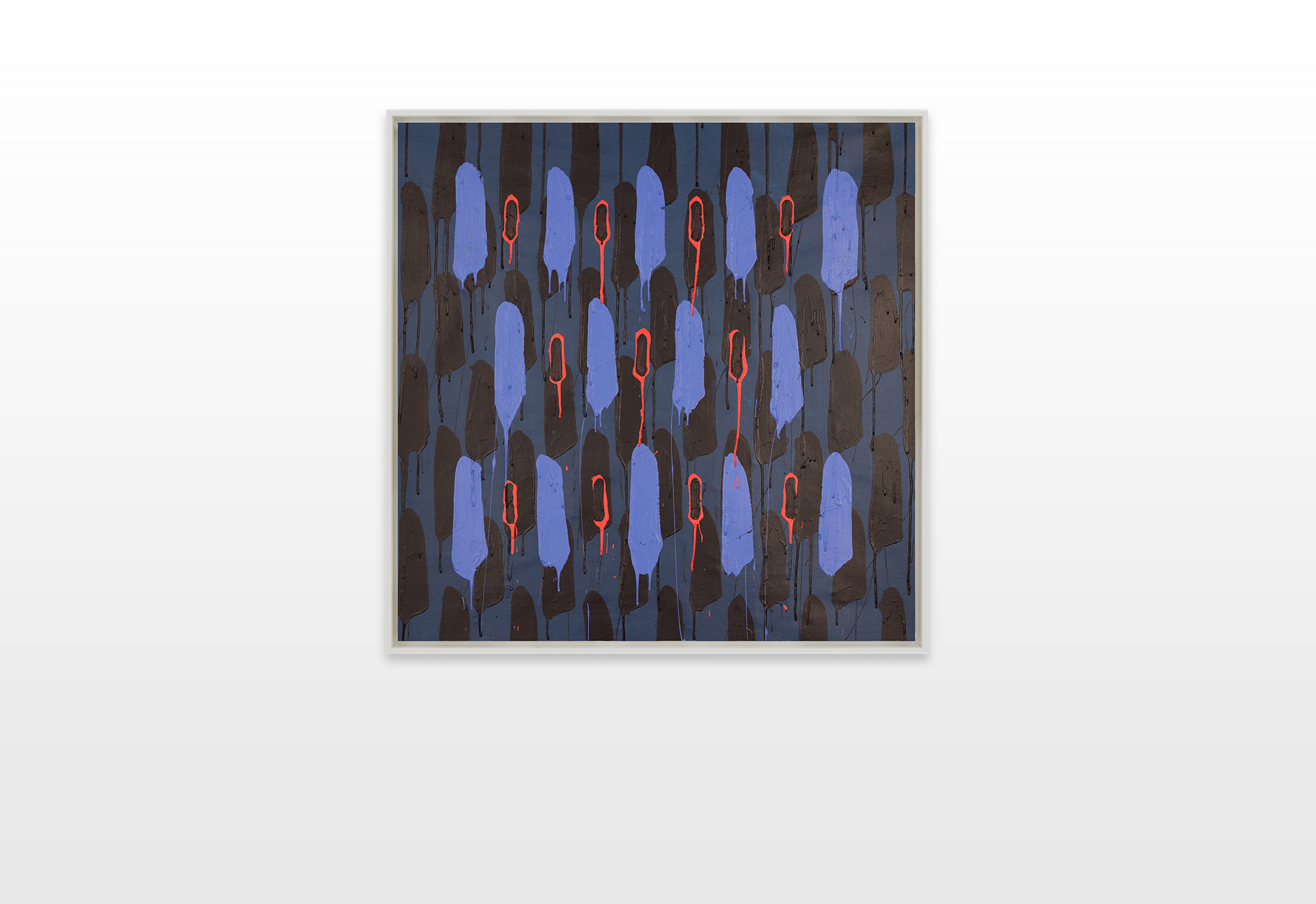 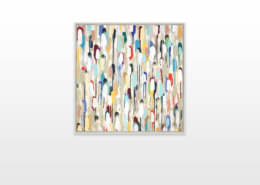 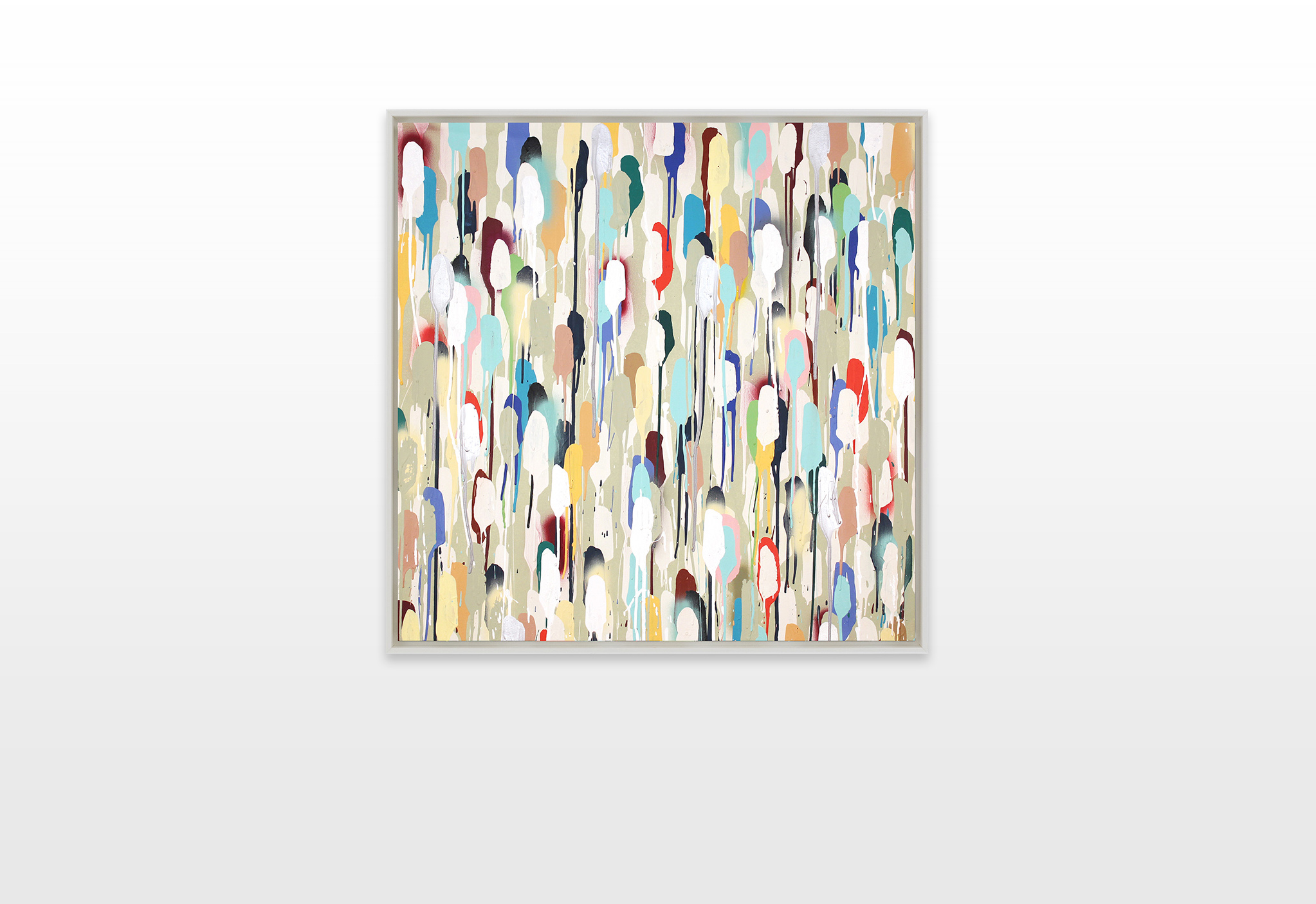