Well known for his Teddy Troopers artist Flying Förtress is back in Zurich! Kolly Gallery presents a new set of art works from 24 to 29 February 2020.

The title of the series Rasselbande II derives from a painting with the same name which was exhibited at the Kolly Gallery back in 2015. The painting that was exhibited at Flying Förtress’ solo show entitled Urban Insignia represented a so- called „Rasselbande“, German for a gang of wild and infantile youngsters and troublemakers.

The artist associates his own and real-life spray can gang to it. Therefore, he assigns each of them an individual attribute, such as, a pet, various tools as well as a pocket flask. Being part of a social environment is common ground in the graffiti tradition, so every region or district has its own „gang“. Not only social environment provides a feeling of togetherness but also security and strength.

„ My Troopers are my visual alias instead of a classic graffiti tag.“

In Flying Förtress’ current series each of them is elaborated to a single character. Each one follows his own path. This gang experiences a time of individuality rather than collectivity. Aesthetically the pieces of Förtress demonstrate various vintage, traditional spray can designs and a lot of childish coolness. Flying Förtress is well known for his iconic cartoon like characters and styles.

The artist is looking forward to the day when the Rasselbande II will be united again and might be performing together as Rasselbande III. 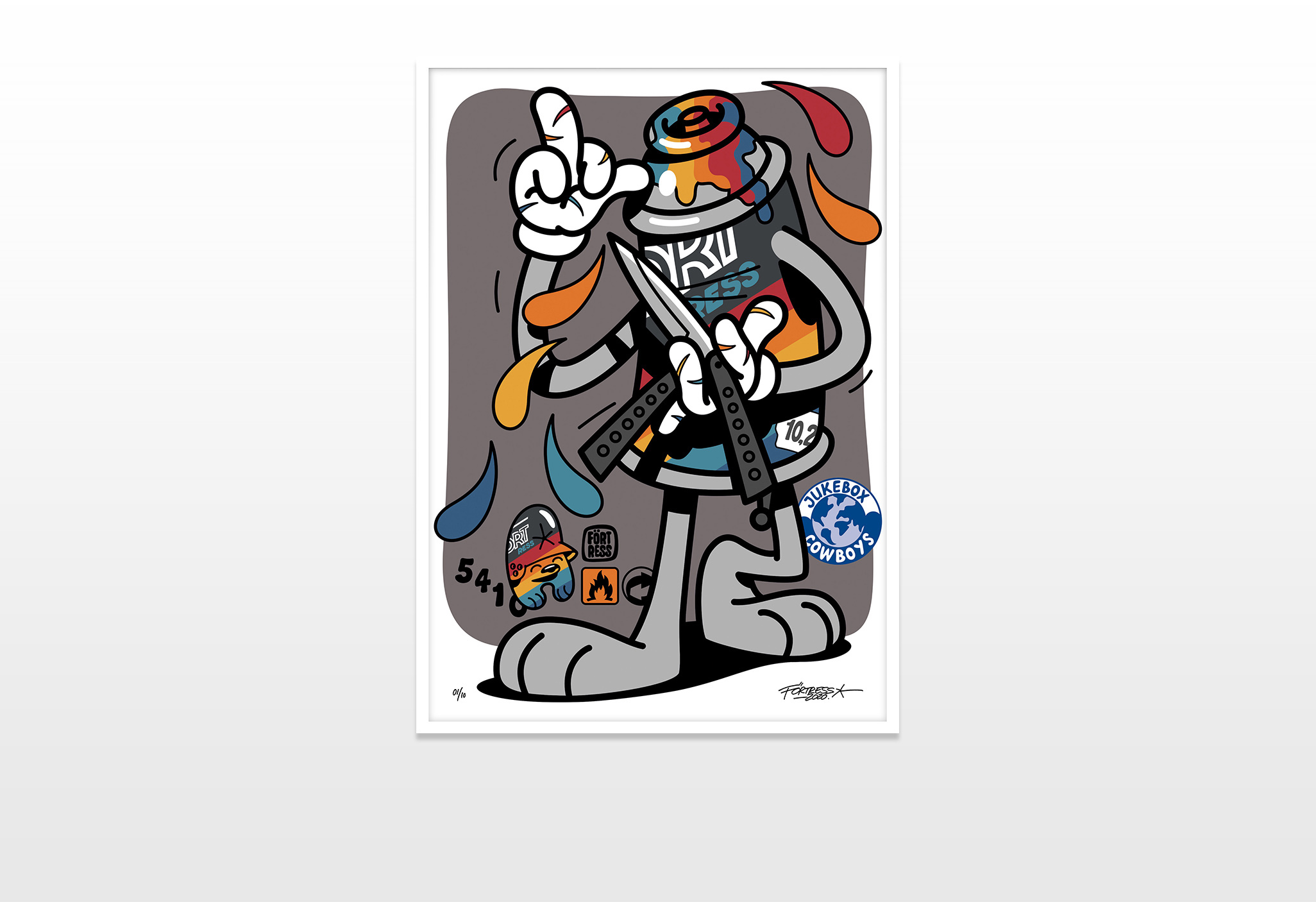 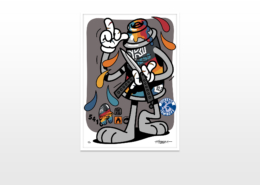 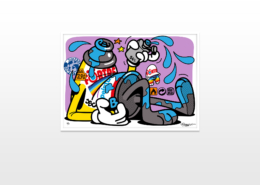 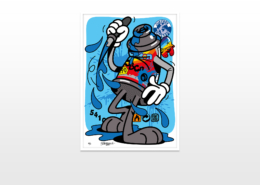 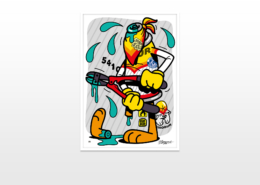 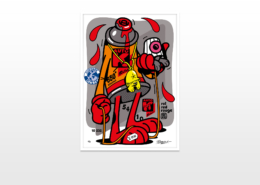 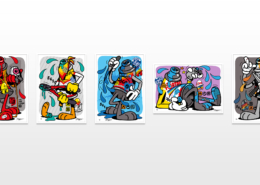