Gris1 is one of a kind! Kolly Gallery is excited to present his wood assemblages of the series DNA from 16 to 21 November 2020 in Zurich.

The series DNA depict the artists experiences and feelings to his artistic DNA, which lies in graffiti writing. The wood assemblages, overlays and cutouts are dedicated to traditional graffiti and style writing, which formed the foundation for his autodidactic artistic pathway.

The imagery indicates to various topics surrounding the graffiti universe. Fences which have to be crossed to get to the yards, but also to the illegality and the search for identity of the writers, through tagging and writing their name. As known from traditional graffiti, every number, symbol and sign has a precise meaning. In fact, in Gris1’s art works no reference is coincidence but each sign has been intentionally applied according to the his personal experiences in life and his origins from the graffiti tradition. In this series references are composed mixture of tagging and throw ups. Furthermore part of the imagery are the painted trains, typical shutter fronts and fences. Last but not least Gris1 convinces the audience with his unique and iconic style of writing. His style appears intricate, invasive and bright colored. It invades in the space, vivid and vigorous, on the side, coming from above from below. With his style writing found a way to fill his name up in volume to make it striking and unforgettable.

„ Graffiti is part of my DNA.“

Juxtaposed in the art works are a few sections and references on the subject of digitization. More and more extraordinary photos of trains and walls are shown in social media, but the exchange often takes place only virtually. Thus, with today’s pictures one no longer knows if it is reality or if a photoshop was used.

The art works are a homage to Gris1’s past, the graffiti tradition but also a representation of the “now”, incorporating greetings from the age of digitalisation and a maximized image consumption. 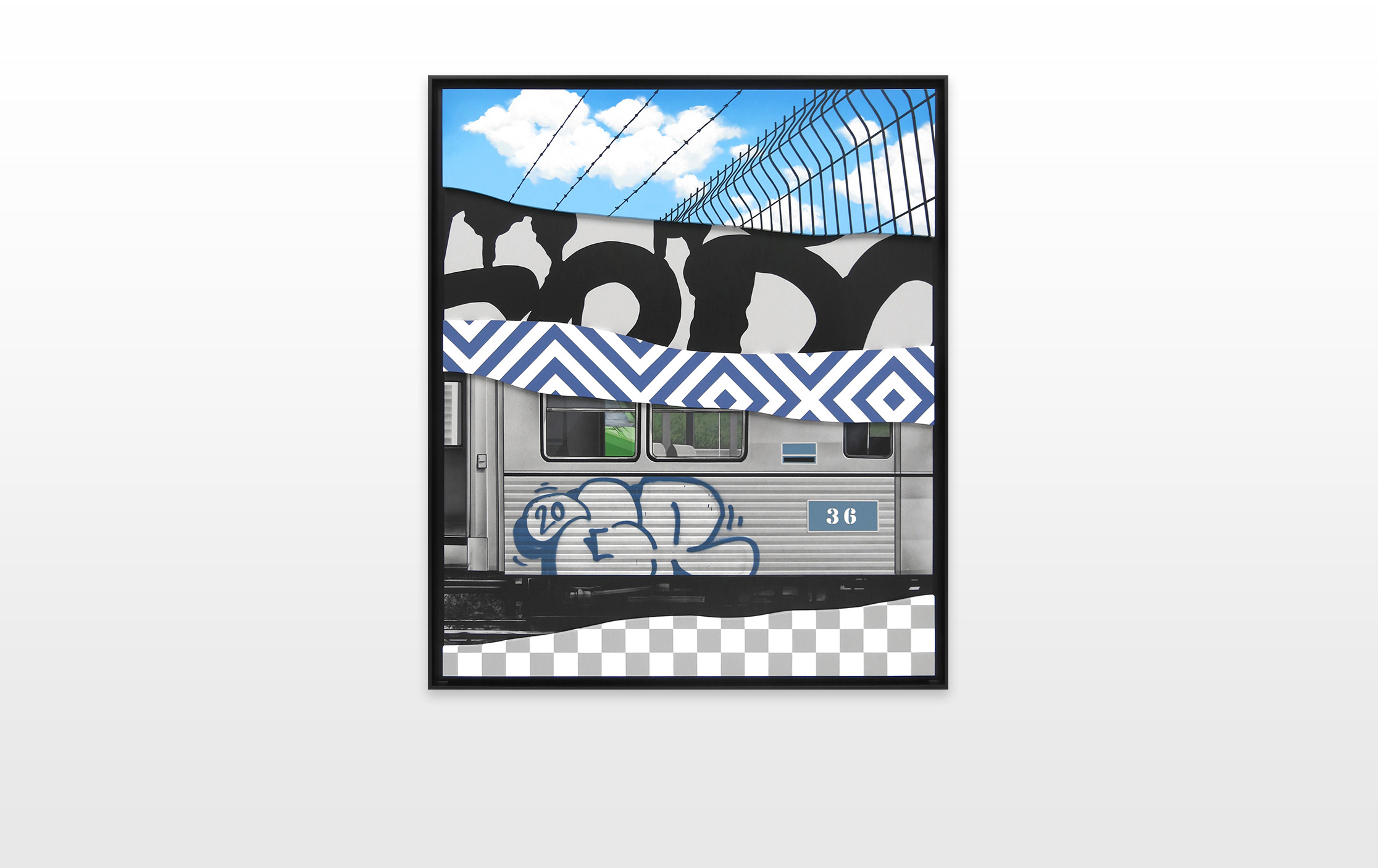 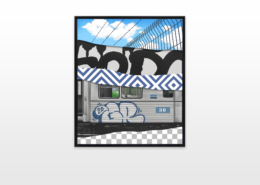 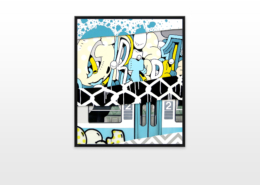 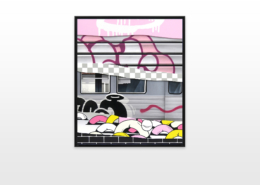 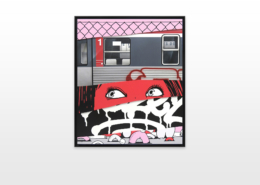 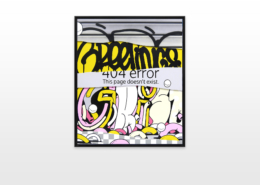 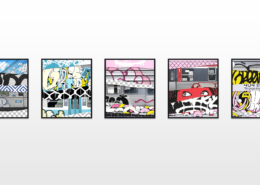