There is Always a Plan B

Pigeonholing is not Imon Boy’s thing. Much more he likes embracing the idea of being a “toy”, while critically questioning graffiti and its inherent stiffness, which he poetically knocks over like a steamroller with his seemingly naive way of expression. 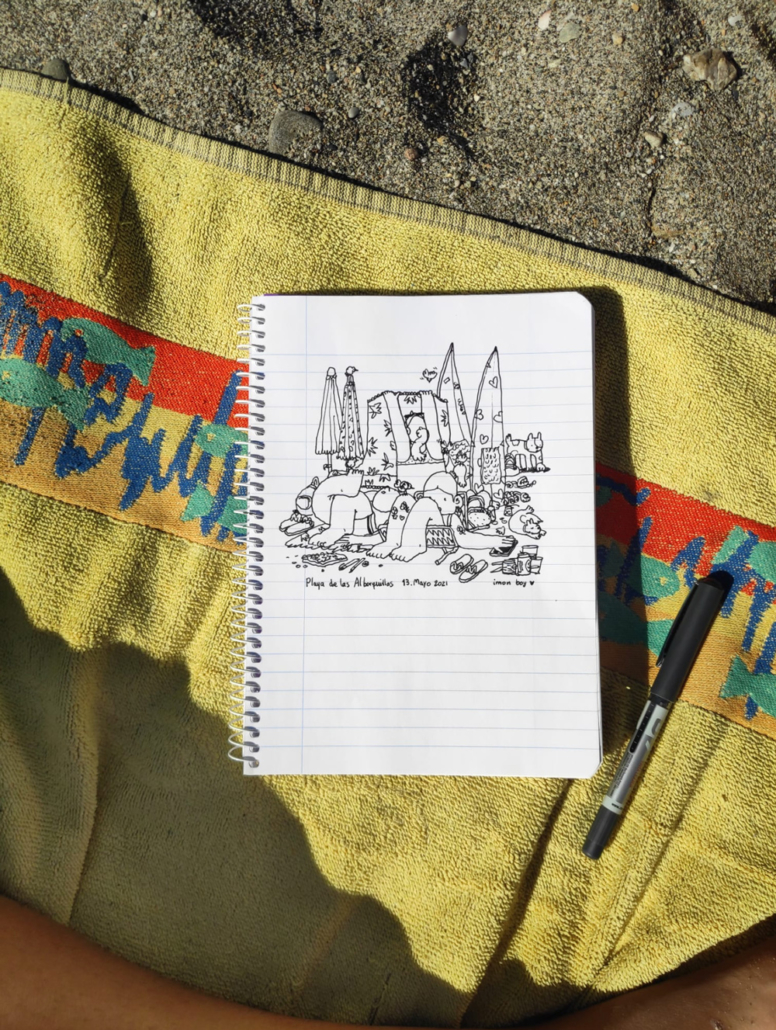 Kolly Gallery welcomes long awaited artist Imon Boy with an extended exhibition on display in Zurich as well as in Geneva. Within he exhibition there is always a plan B Imon Boy presents 19 works including acrylic paintings and mixed media illustrations on paper. Get ready for an iconic and amusing load of Imon Boy’s universe.

Anything but sticking to his name, like a serious graffiti writer, Imon Boy goes with the flow, narrates from the life of Generation Y and – whether intentionally or not – he is the protagonist of his artworks. From the streets to the studio, the artist builds a cohesive arc that includes three thrusts: graffiti, illustration and painting. Although all three means of expression and techniques are very different from each other, they are all interlaced and belong to a whole body of work or simply – Imon Boy’s universe. An omnipresent characteristic in his artworks, inspired by everyday life, is his ironic poetry, that is punchy too.

“Do not get pigeonholed!”

Imon Boy’s narrative paintings are engaging the viewer with a lively and strong storytelling as if it would be a still from a movie. His paintings give insight into moods of daily life of the contemporary generation, portraying the extensive tattoo culture, the omnipresent relationship to digital and mobile devices and the quest for freedom. In Imon Boy’s case the latter could be described as a lifestyle of graffiti painting, enjoying especially the summertime on the beach as well as being surrounded by nature. In order to create certain moods in his paintings, he makes use of different cut-outs and angles, as in motion pictures. By zooming in on a particular scene, he creates an intimate atmosphere. At the same time, he works with a narrative foresight and perspective to portray wider scenes. Furthermore, he uses and rejuvenates the technique of chiaroscuro for creating scenes of the hidden. This creates a mysterious and intimate ambiance that gives the artworks an extra tension in their storytelling. Sometimes you think you are suddenly noticing live graffiti writer across the street, as portrayed in city and buildings at night 2 or you are observing your neighbor doomscrolling the internet. In the painting vecino Imon Boy even uses the chiaroscuro to imitate not the natural light, but the light of mobile devices.

If you pay attention to Imon Boy’s clean lines, his illustrations take on great importance. With a clear alignment and only a few lines, Imon Boy is able to create different facial expressions within his comic-like characters. The seemingly effortlessly drawn motifs leave room for a density of content and detail, which is always accompanied by narrative storytelling, intertwining reality and fantasy, which becomes visible in smoke police, imon boy brackets or nt. The illustrations are either crafted in black and white or stand out for their bold and popping color palette. In contrast to his painting, the chiaroscuro is predominantly omitted in his illustrations, which results in a placative and graphic character. Imon Boy’s autonomous drawings could simultaneously be a sketch and be developed into a painting or graffiti, which demonstrates once again the kinship of all three areas of his creative practice.

At the latest since he made his alleged “toy”-style his key feature, his name spread like wildfire in the streets. His outdoor practice is unconventional and has turned the graffiti world upside down. With a sharp turn, he dropped the constricting dress of graffiti tradition and took the exit to freedom. With his offline memes, which are inspired to daily digital consumption, he not only breaks the graffiti tradition, but also successfully mocks it.

Whether it’s outdoors, in the studio or sketching, Imon Boy portrays simple ideas of daily life and connects his visual imagery to contemporary topics and phenomena from both the physical and virtual worlds, creating his very own and unique artistic universe. 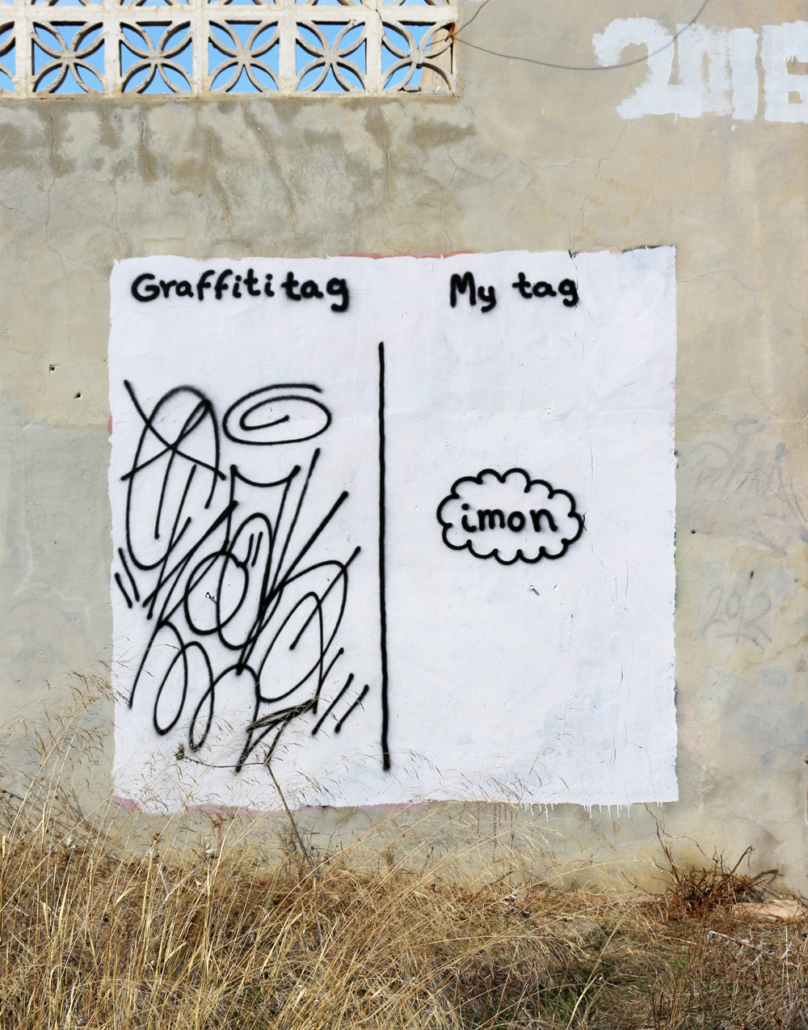 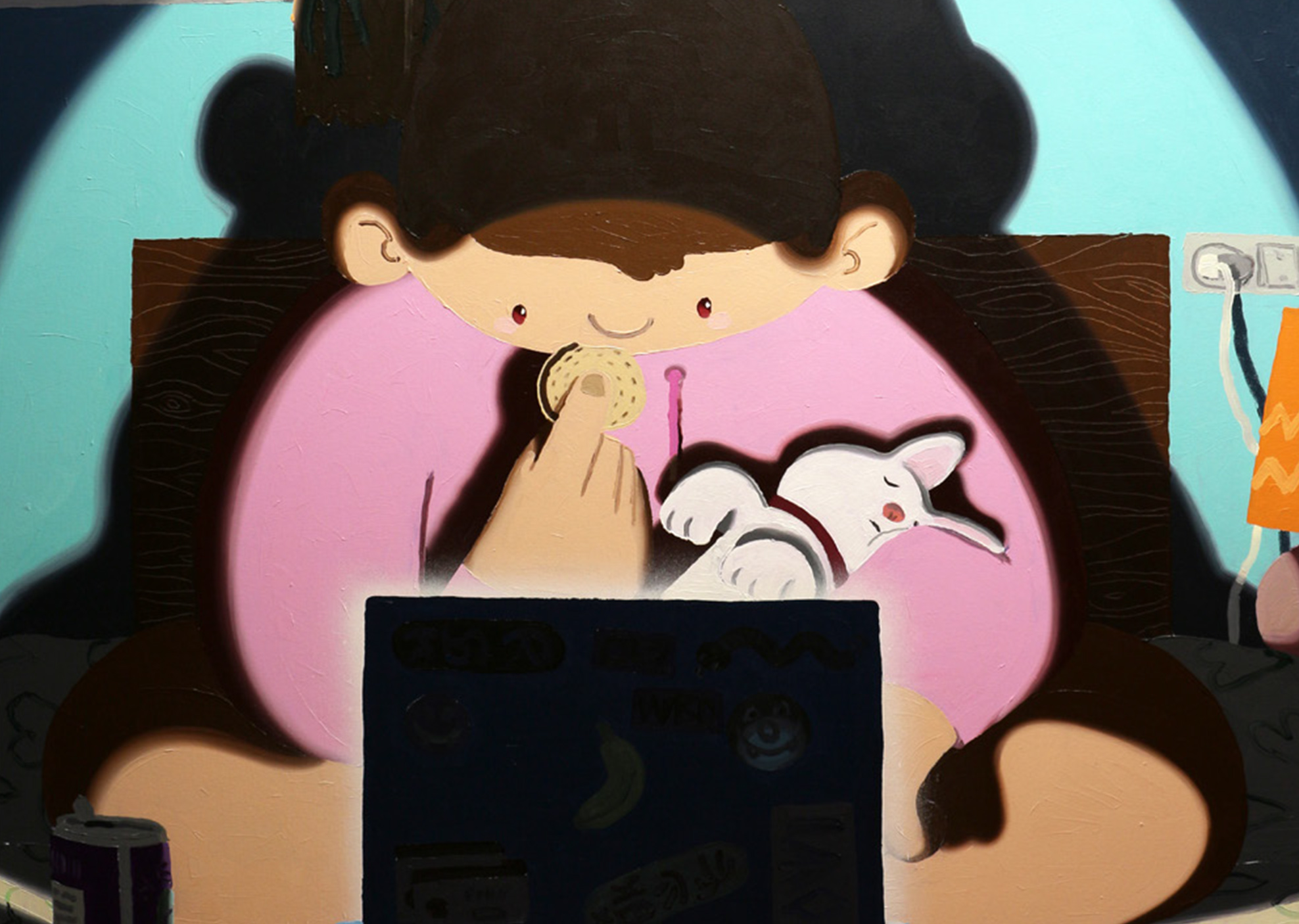 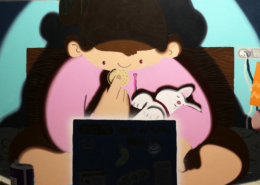 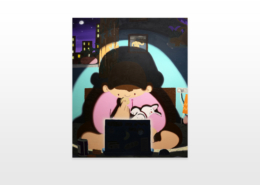 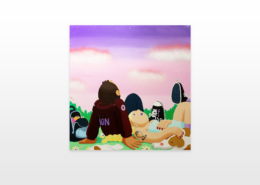 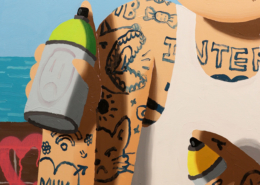 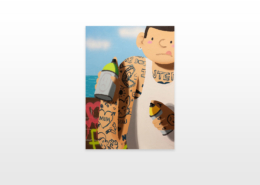 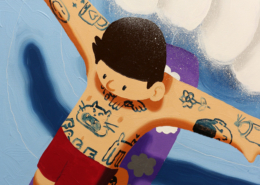 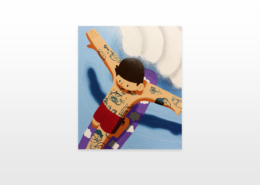 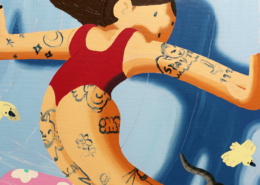 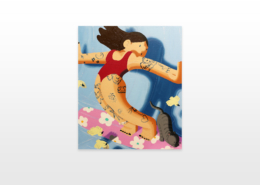 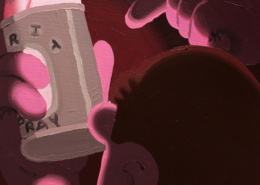 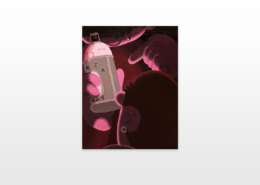 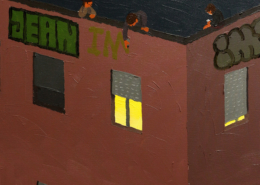 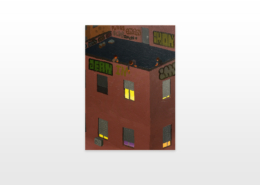 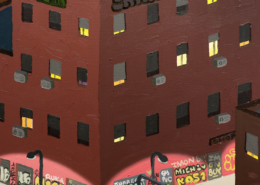 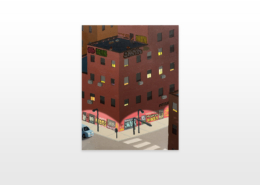 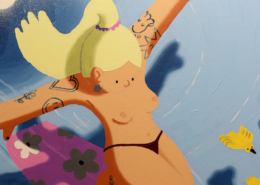 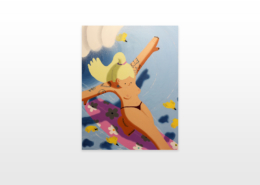 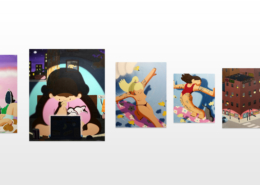