Kolly Gallery is excited to welcome JC Earl to the line up. JC Earl is presenting his series Acid Race at Kolly Gallery from June 14th to 19th 2021.

The ceramic sculptures of five mysterious and masked riders are the main characters of the series Acid Race. The title of the series refers to the music style Acid House, which accompanied  the artist during the 6 months of curfew in Paris. The music style gained popularity especially in the 1980s and was associated with the smiley logo. This is exactly what JC Earl’s distinctive smiley stands for, with which he masks the horses in this series. Moreover, the smiley in JC Earl’s oeuvre is associated with the yuppie generation, which focused on consumption, party excesses and material wealth, especially in the 1980s.

„ The concept of my work is to always surprise myself and have fun.“

The five riders represent masked self-portraits of JC Earl, and the masking and anonymity, as well as not revealing identity, emphasizes the connection to graffiti. The rootedness of graffiti is echoed on multiple levels by the artist. The horses symbolize the power and the speed that the expression in the streets mean to the artist. In addition, the random and imperfect aesthetics that are particularly interesting to the artist, reflect the spontaneity and gestures that he knows from the urban space. This concept he has also transferred to the process of making his sculptures, which always happens situationally and spontaneously. Sometimes the ceramics are painted before firing in the kiln and sometimes after, or even both. JC Earl works with different materials, on the one hand with classical ceramic glaze before firing and on the other hand for finishing after firing he uses brushes, aerograph and many other materials. He regularly incorporates and expands his sculptures with further elements out of salvage such as fur or hair, as in this case a wooden plinth and palm tree.

Popular culture, childhood memories and encounters with random people inspire JC Earl. His characters are hybrids: they are not humans but not monsters either. They have animal facet and yet they are educated beings. He developed an imagery of fascinating oddity which demonstrates a highly expressive appearance. His neo-naive and brut style of working reminds folk as well as tribal art. The use of noble techniques and materials to create a raw and imperfect subject produces an oxymoronic effort that makes the identity and the incongruous charm of his work.

What interests JC Earl as a ceramist is matter, accident, imperfection, everything that gives expression and personality to his work. Settled in his time, he likes the contrast between the fragility of the matter and its duration in time, transforming contemporary ceramics into the future ancestral ceramics. 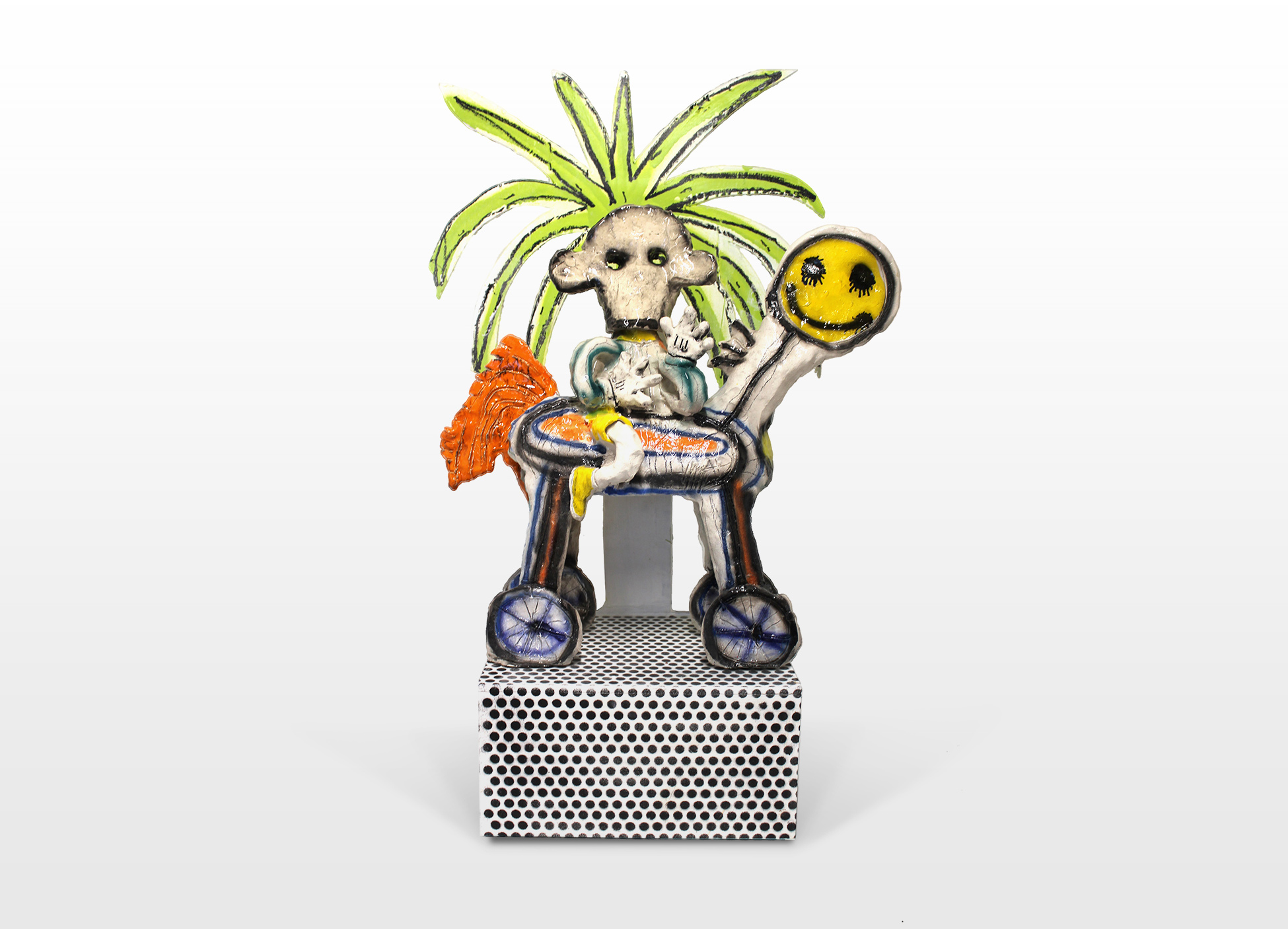 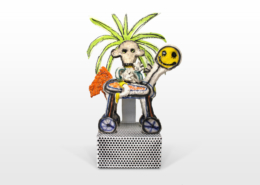 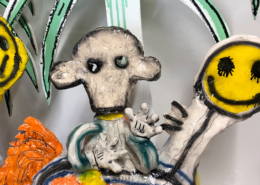 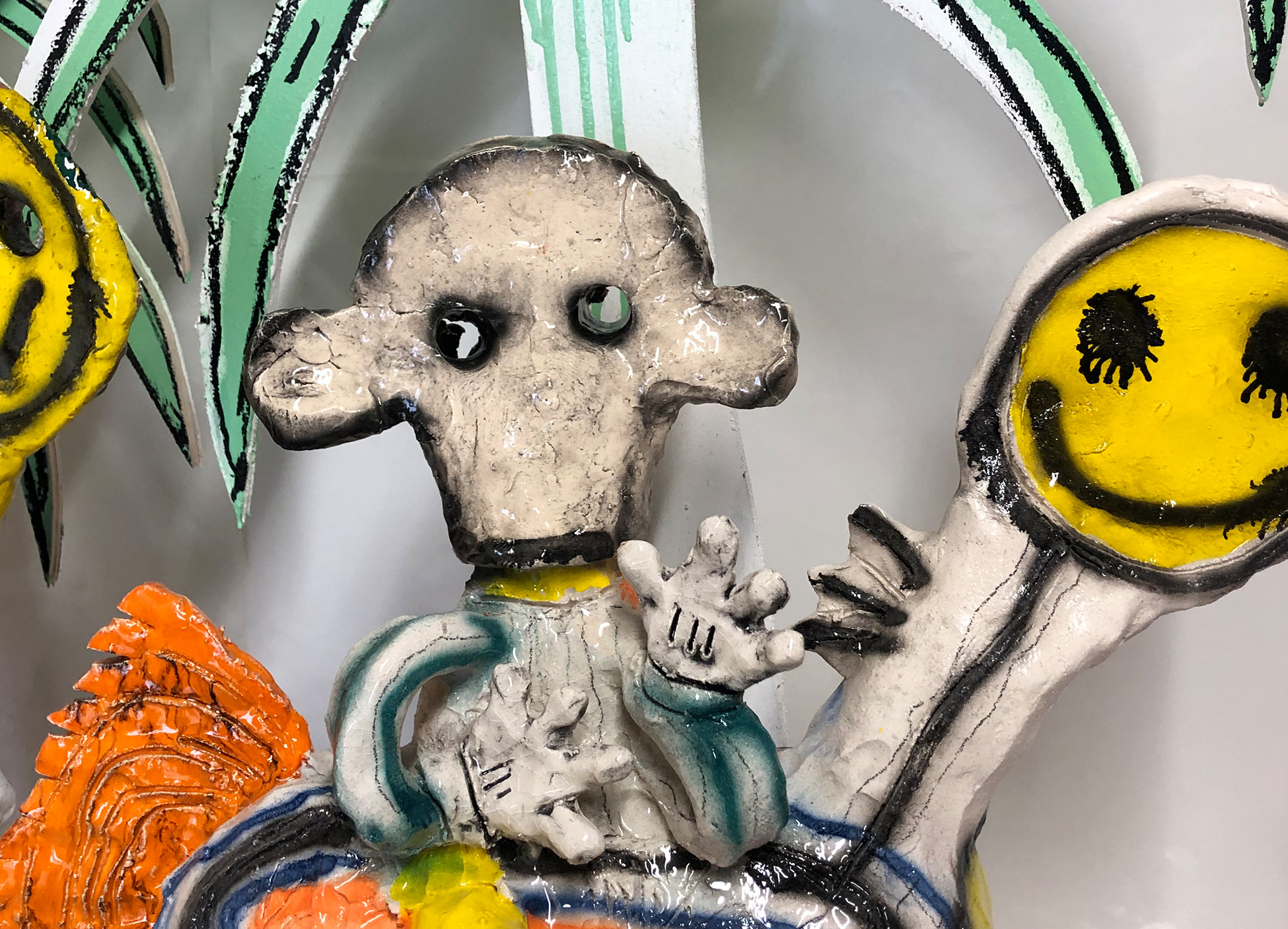 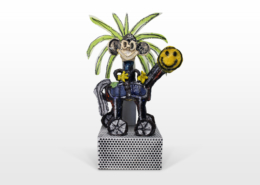 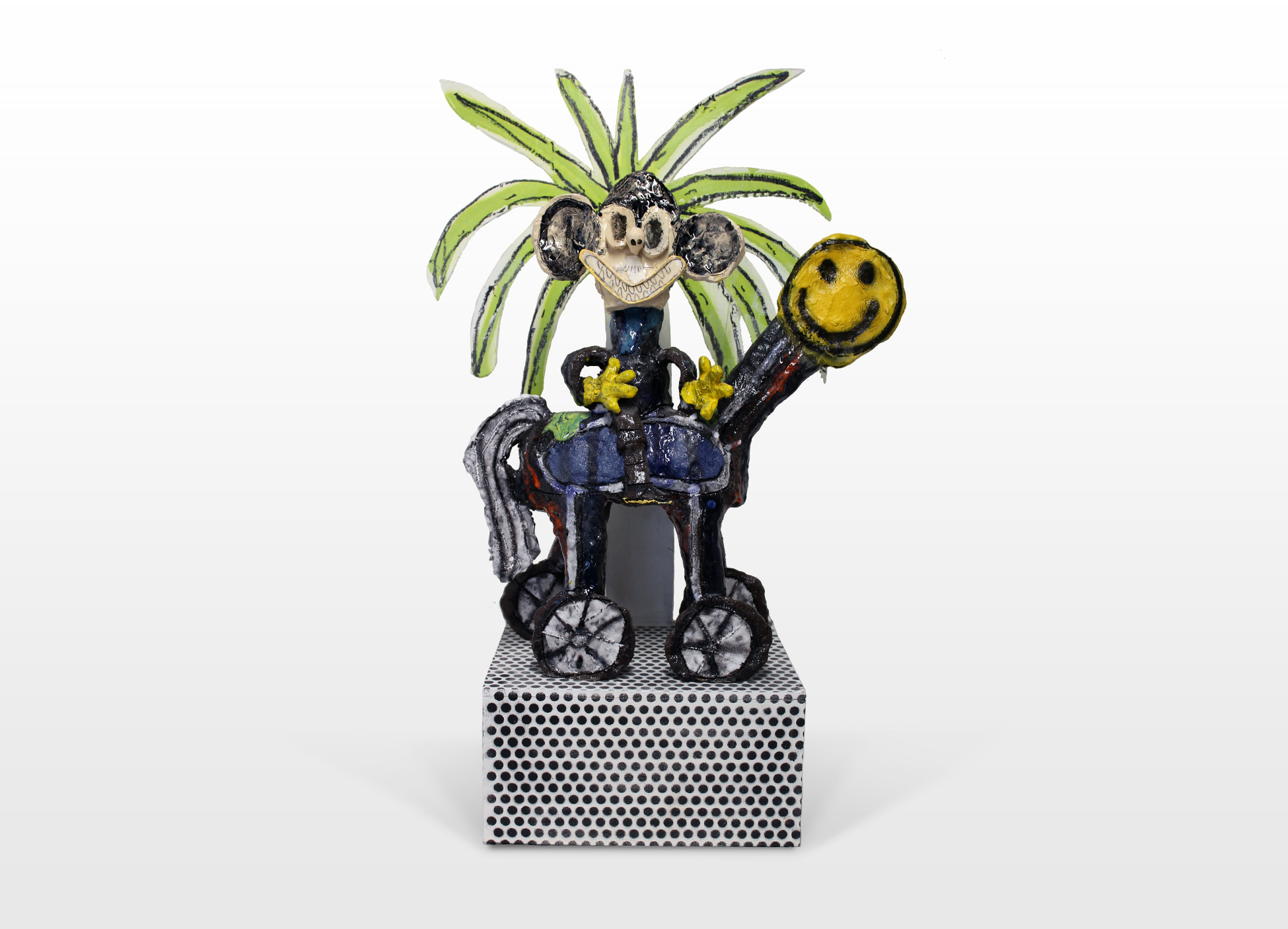 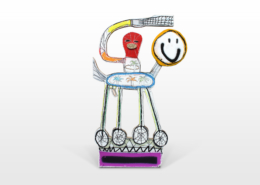 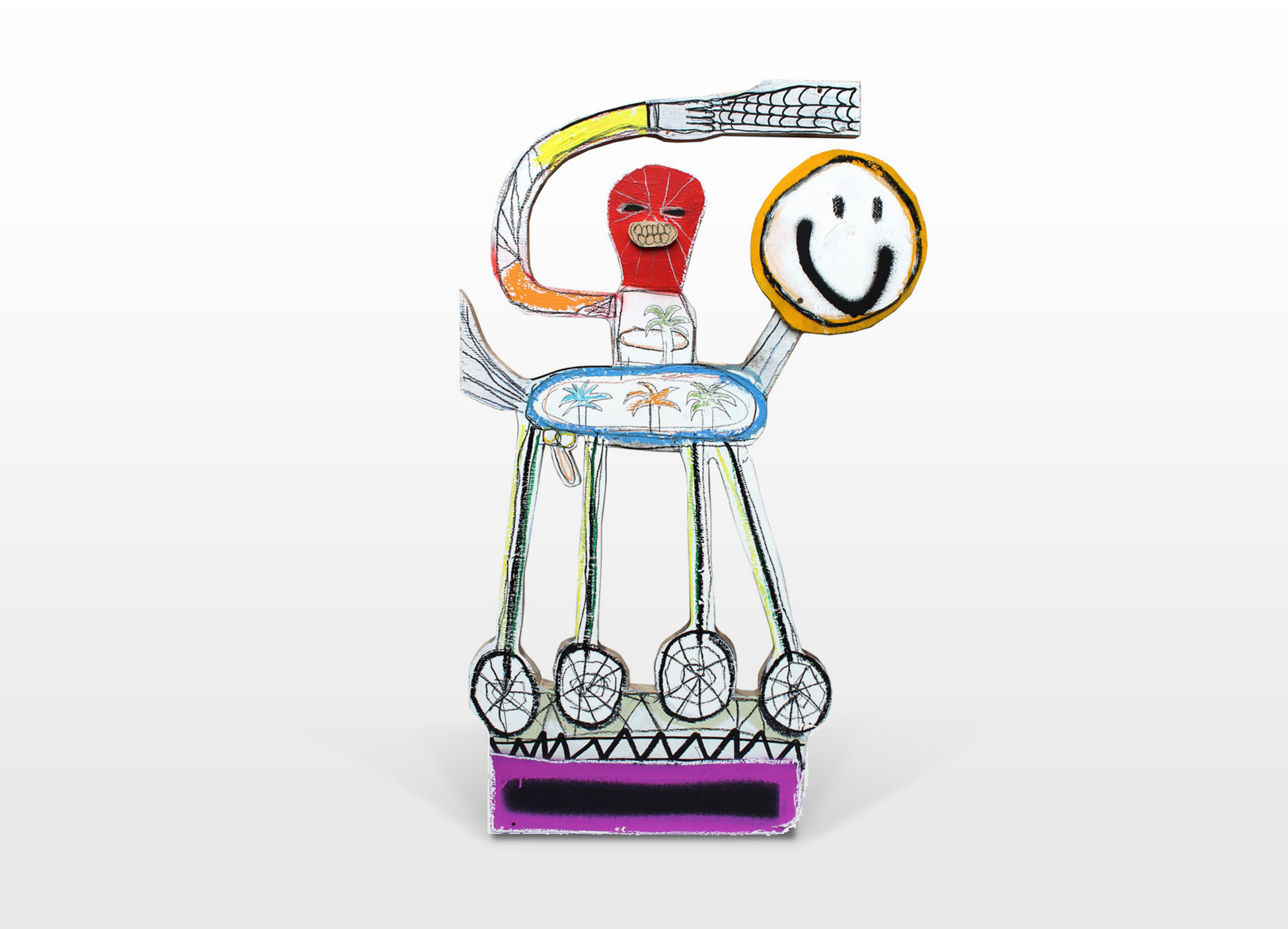 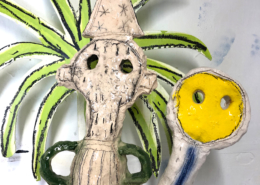 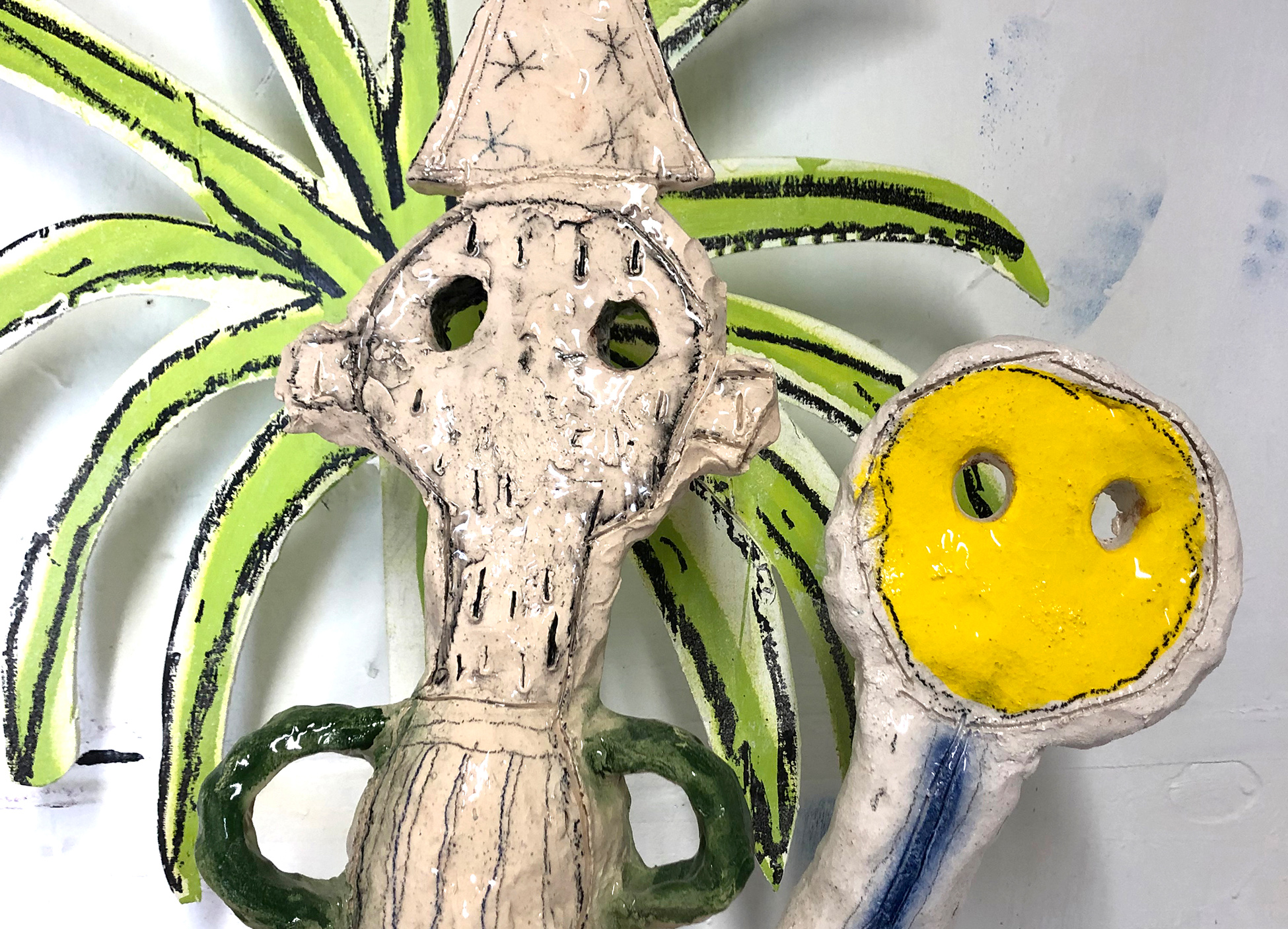 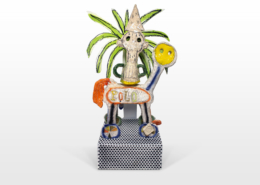 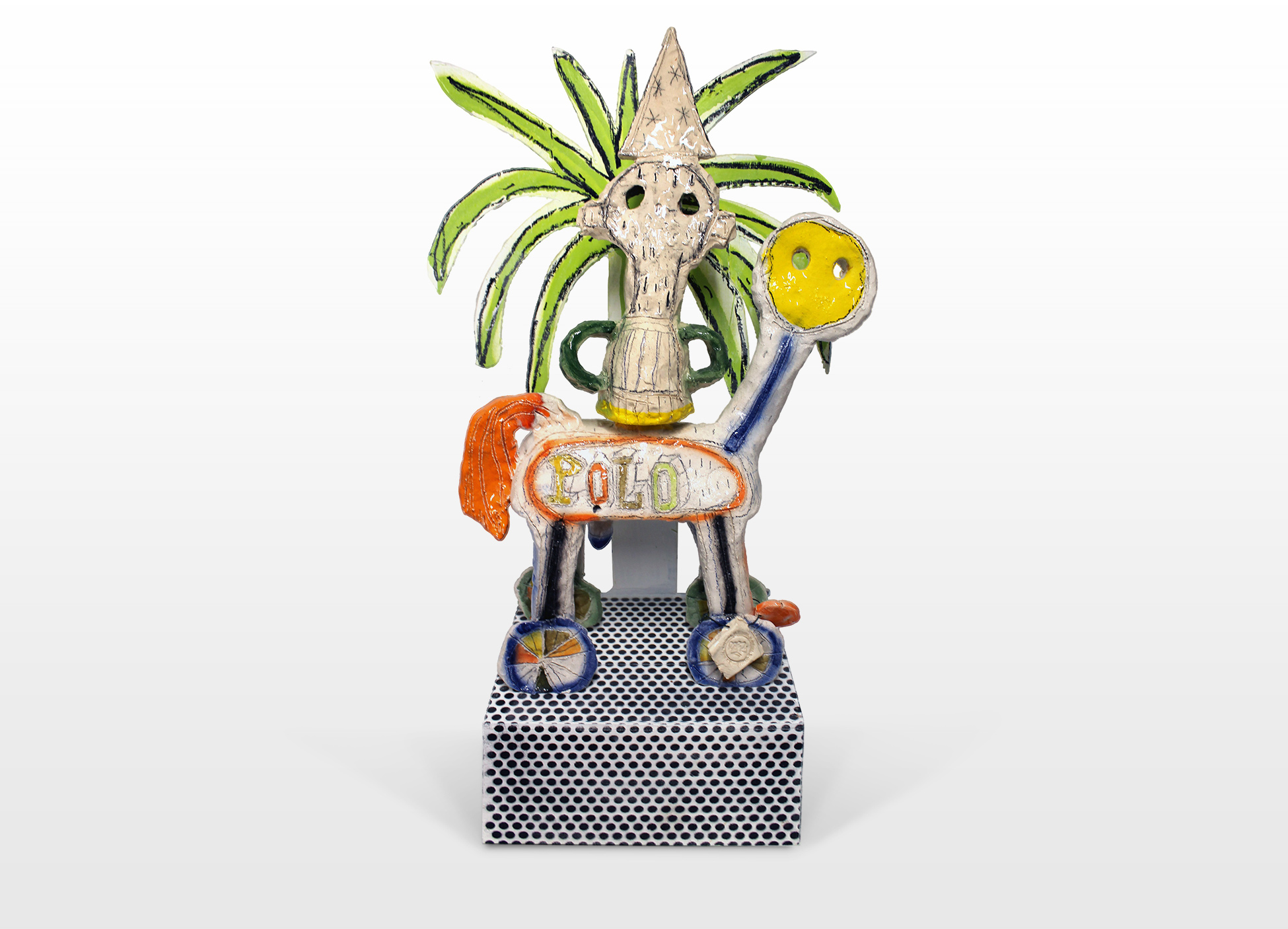 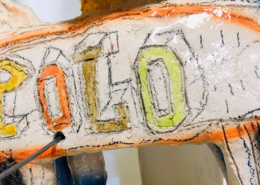 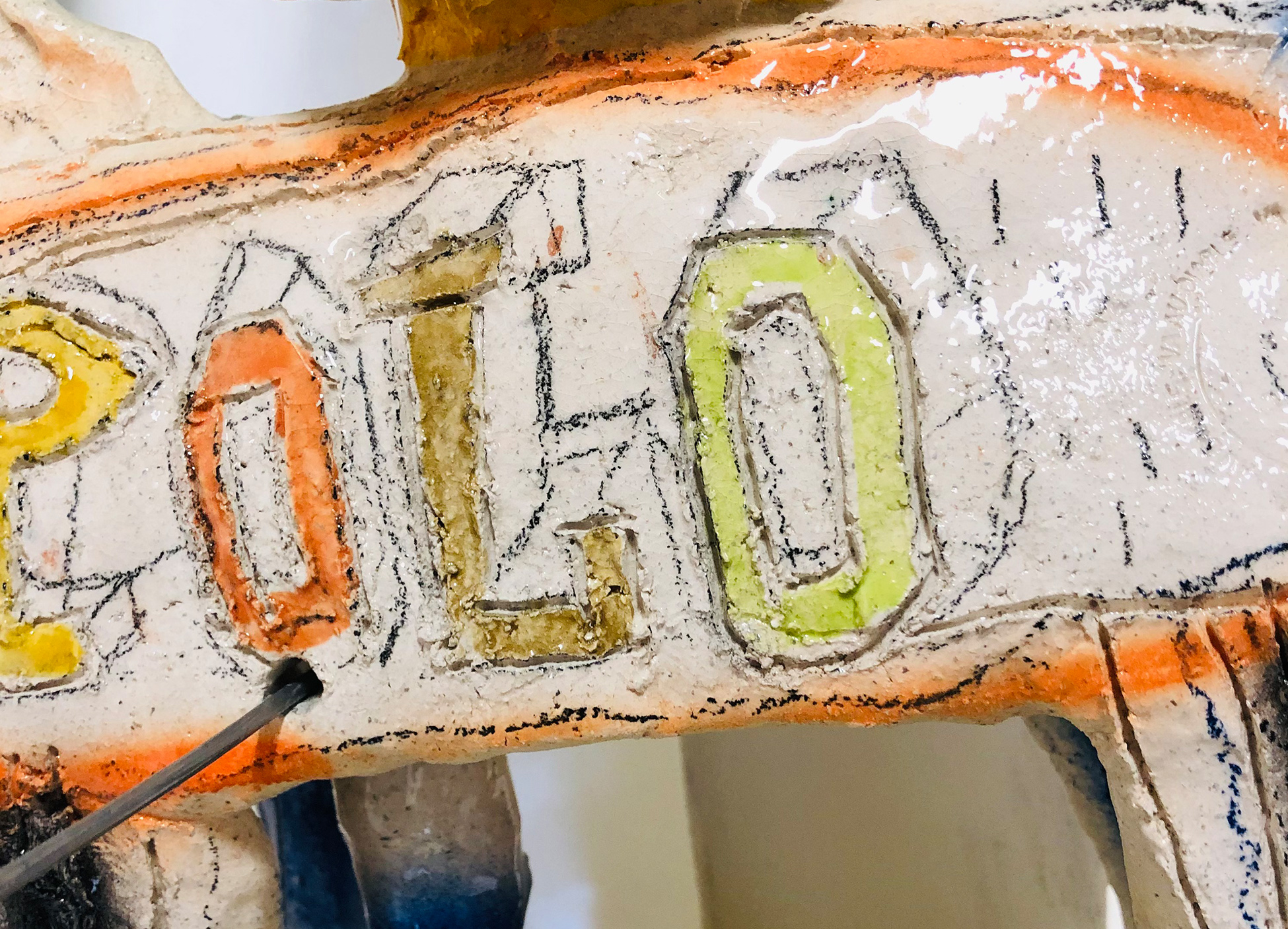 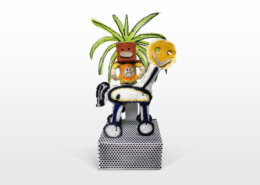 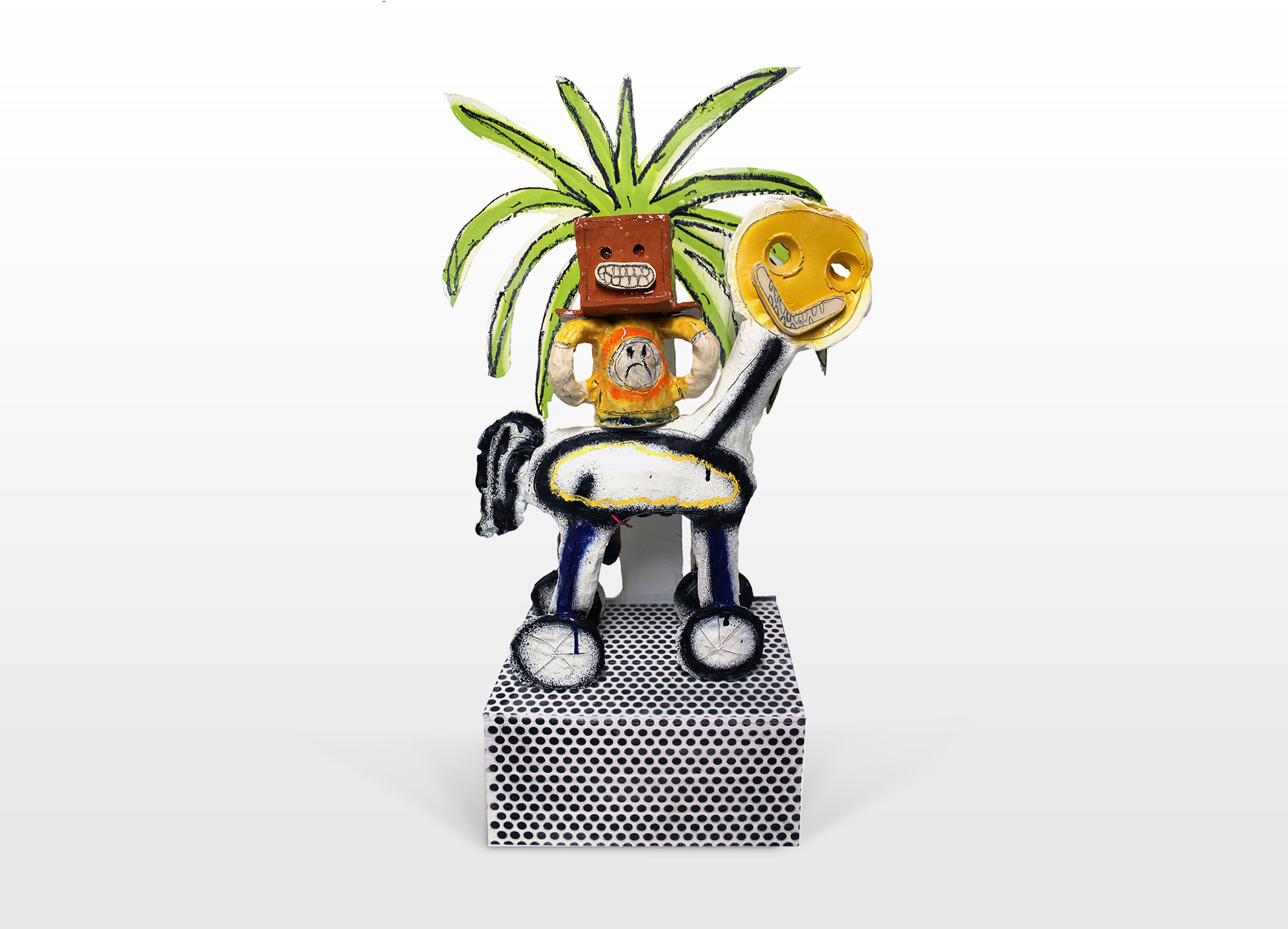