With much excitement Kolly Gallery presents a new member to the line up – Maja Hürst. The well known Swiss artist painted a series of five paintings entitled Konflagratika. The series is presented from June 7th to12th 2021 at Kolly Gallery.

The current series is dedicated to the cause and artist’s personal interest of the effects due to conflagration. This explains the word composition of the exhibition title Konflagratika, a mix of «conflagration» and the name of Maja Hürst’s visual universe «TIKA». In her profound investigation on the theme of conflagration, the artist dedicates each of her five paintings to an affected species from each continent and their emotions at the core of the fire. She shows the fragility and vulnerability of the animals, abstract and glitched, emphasizing how many species are fading into extinction, remaining merely images on our devices if no action is taken. Besides using acrylic, dispersion paint and graphite, for this series she made an exceptional material choice to particularly use smoke on the canvases.

„ We need to fight conflagrations when they aren’t burning.“

The first painting is dedicated to the Secretary Bird. Hürst was anxious to translate the posture and proportions of his large African bird of prey into her visual universe TIKA. With their featherless red-orange face and long eyelashes the wear an irritated shocked expression while engulfed by the flames. The second canvas entitled Orang Utan is dedicated to the fragility of the critically endangered orange brown freed apes, now only found on two islands in Asia. In Hürsts work, these intelligent apes react fierce and perplex to the destruction of their habitat, which would later be used for palm oil cultivation. Bats frequently flutter around the artist’s studio in Berlin. For this reason she has chosen the scared screaming Brown Long Eared Bat, who fears hotter and drier weather as well as forest fires on her third painting. Wallaby portrays three surprised and panicked black-flanked rock-wallabies, who predominantly live in the rocky surroundings of Australia, in a bush fire. The canvas Jaguar depicts the desperation and distress that the elegant wildcat native to the Americas endures. Hürst repents its important role in stabilizing ecosystems and regulating prey populations, yet facing extinction.

Her murals as well as her studio-based artworks are especially depicting animals which transport their symbolism on humans. Hürst’s style  can be described as multi-layered, graphic, containing a symbolic value and thus create a unique radiance, eclectic in material, technique and colors. The artist interweaves insights of daily life with ecological, historic and political causes. Her visual language unites graphic formal elements, symmetries and stratified painting, which make her art works narrate  mystical stories of great importance, which hopefully can create powerful impacts. 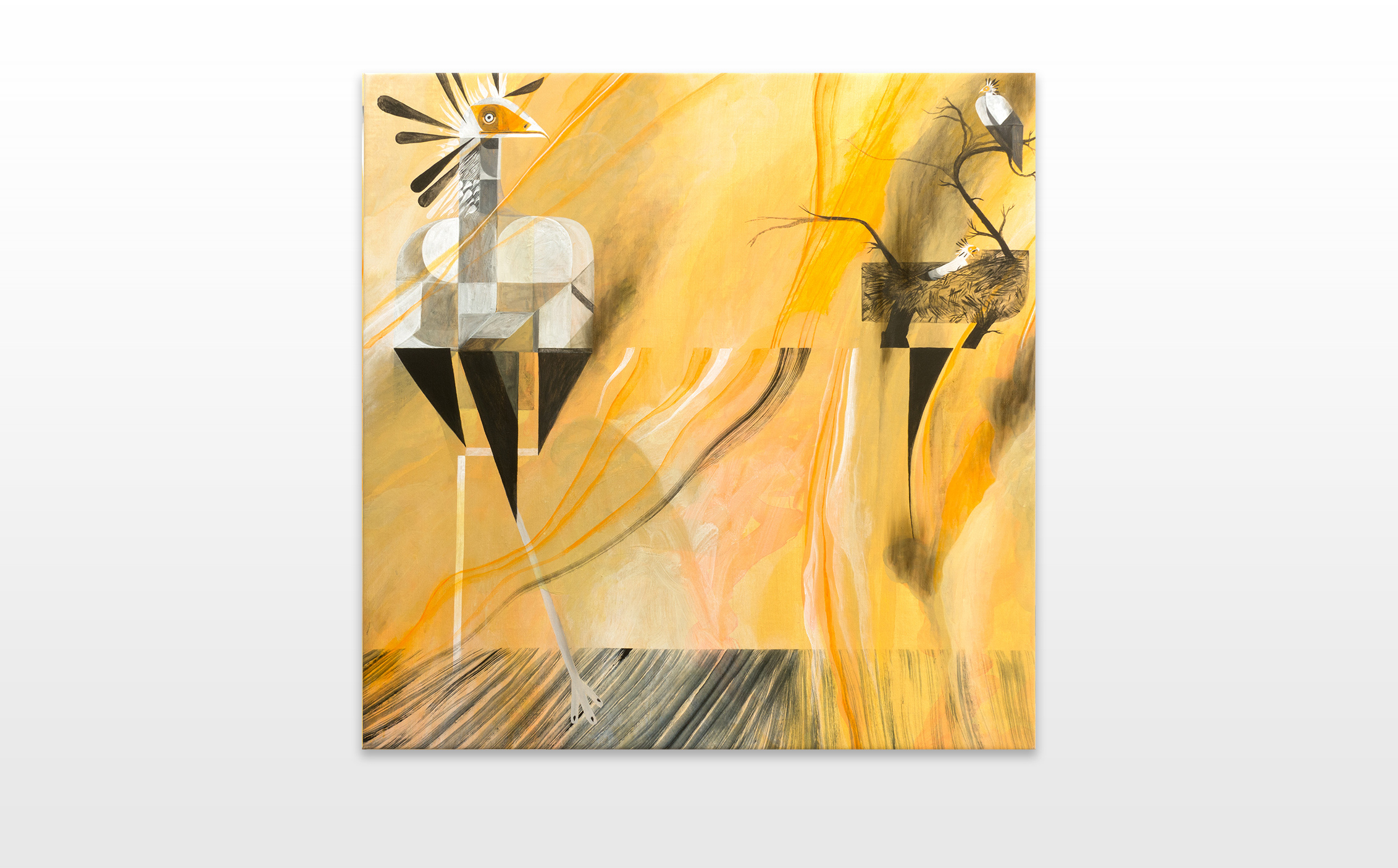 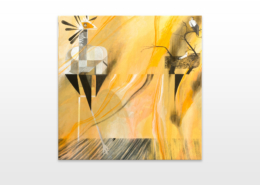 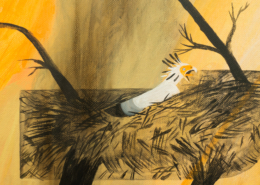 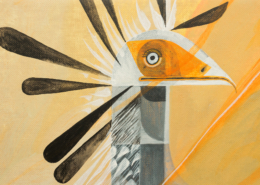 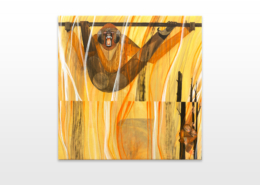 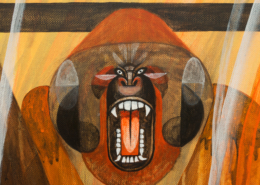 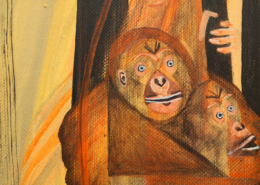 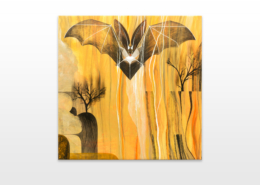 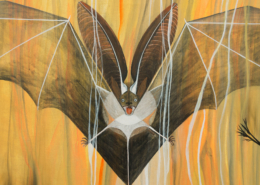 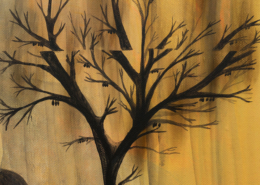 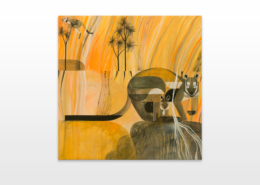 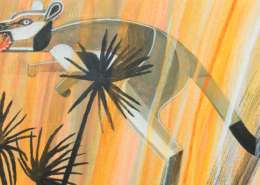 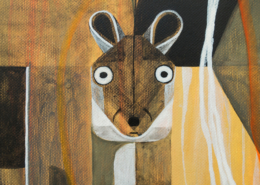 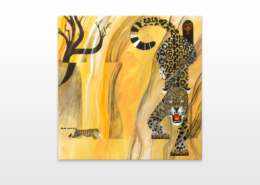 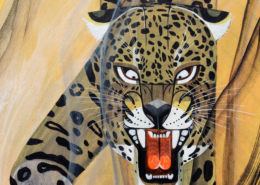 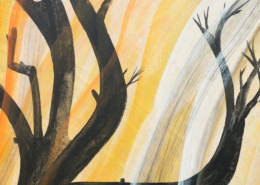 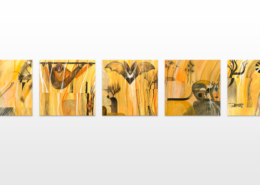