The new paintings of the series represent studies the artist made prior to his tubular mural, which he painted in a chimney inside at the Unesco World Heritage Site Völklinger Hütte in April 2019 due to the 5th Urban Art Biennial.

„ My inspiration for this series was to find a balance of calm and dynamic rythms, combined in an organic network. “

The series Volklingen Studies is based on Mambo’s artistic concept called ‚Brainology’. This concept suggest the idea of brains equal to maps. He considers these ‚mental maps‘ as the foundation of the brain’s complexities. Mambo explores his fascination for the human mind as well as its various structures and facets in an artistic manner. His visual language can vary from figurative to graphic up to abstraction. The artistic concept ‚Brainology’ was narrative when Mambo started in 2008 and became more abstract along the years. The exhibited series is very narrative, abstract, organic and dynamic, based on a very spontaneous construction. By adding layers of solid colors as well as bold and thin grids of lines on top of each other, a superimposed pattern is organically generated. Each painting represents the brain at a certain moment. The paintings can portray the artist’s own brain but also everyone else’s. The multiple layering and structural texture of the paintings is reinforced by the various mix of media such as oil paint, fine acrylic and oil bars.

The brain means more to Mambo than just a functional apparatus. On the one hand it has a biological function, on the other it represents also a linking point between information, emotion and memory. The brain is always engaged – regarding the own body and psyche as well as in relationships to other people, animals, the whole ecosystem or the planet. It links everything together! 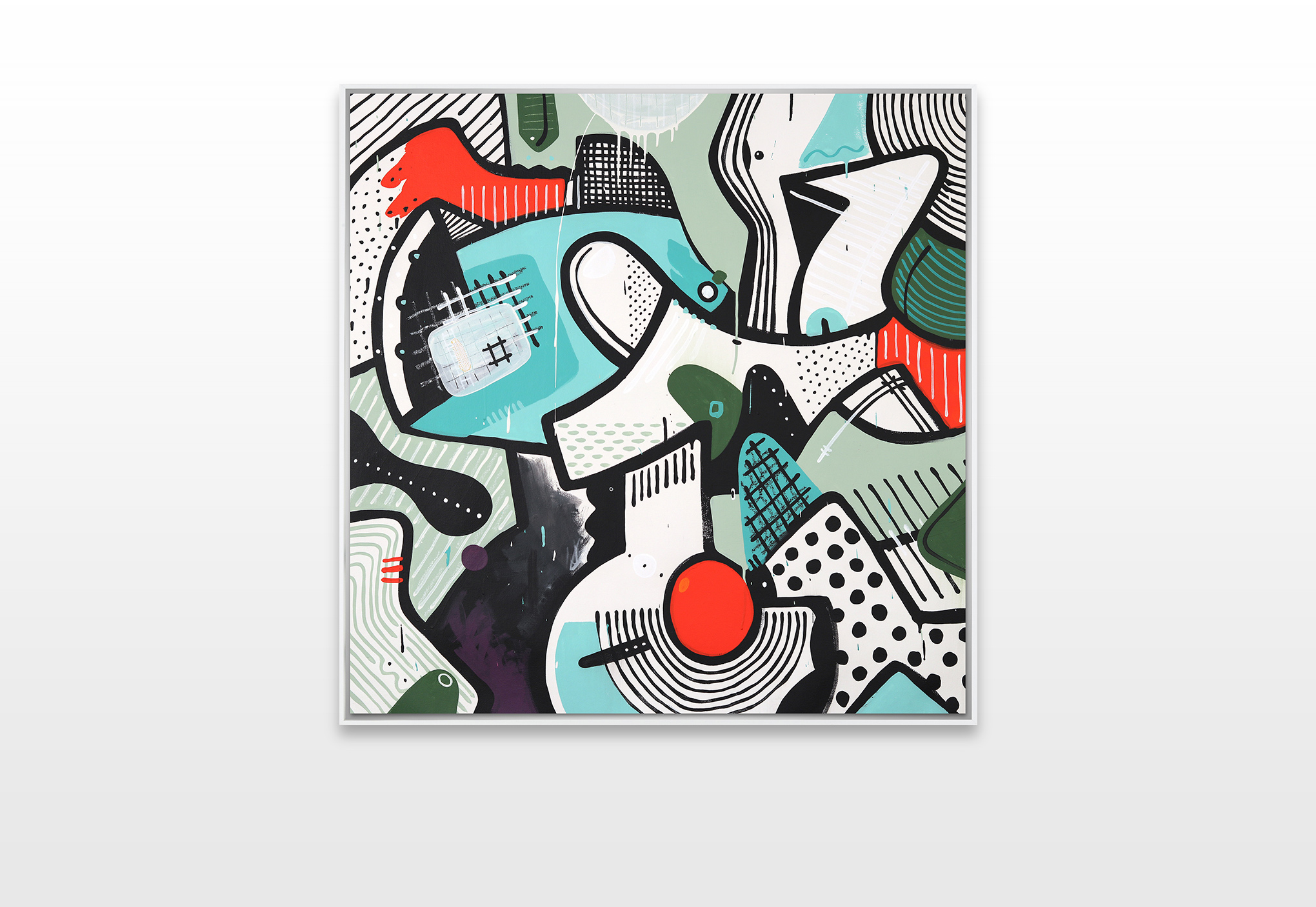 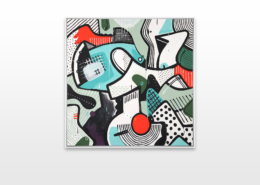 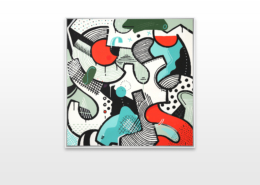 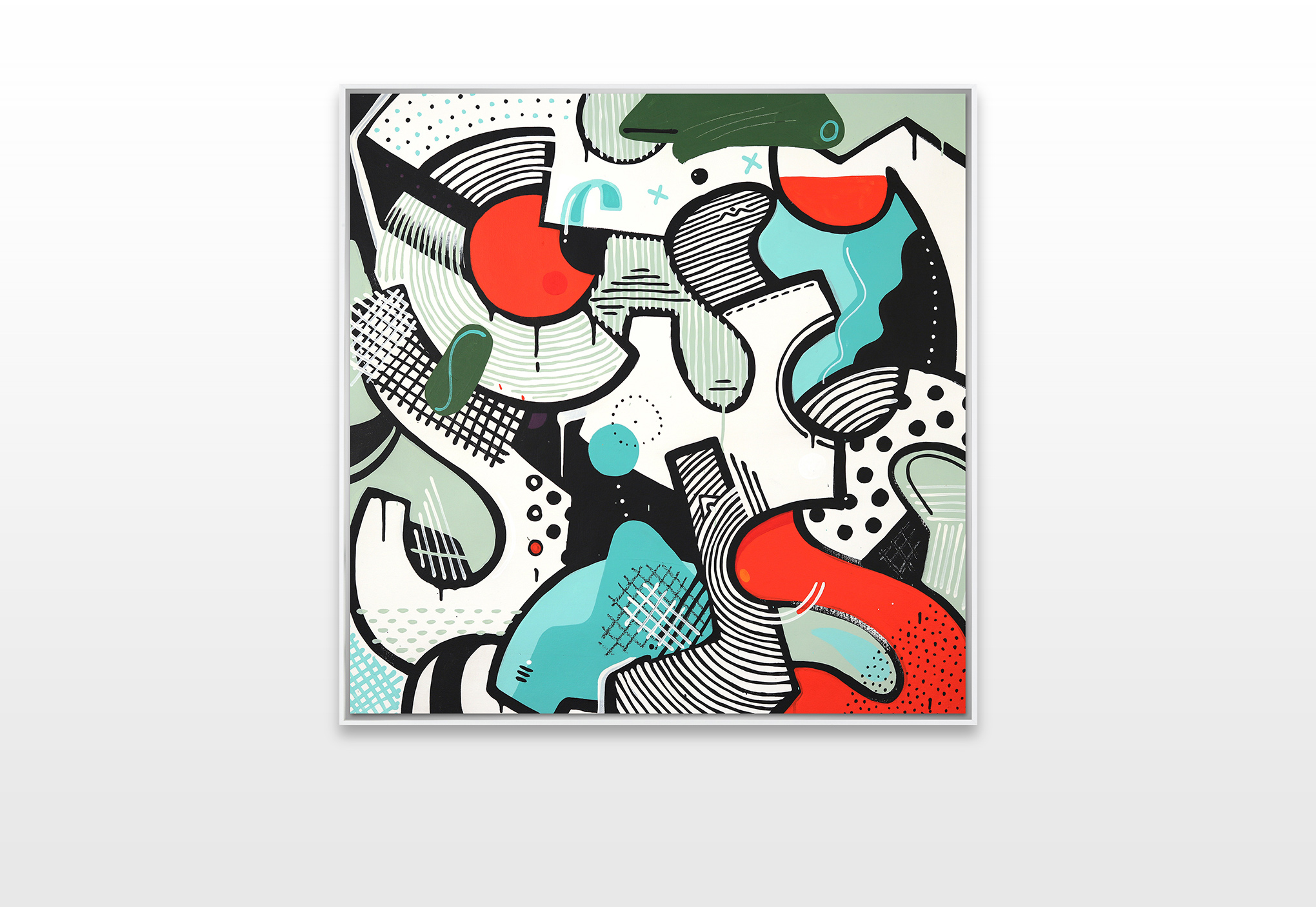 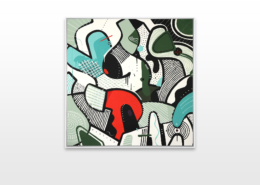 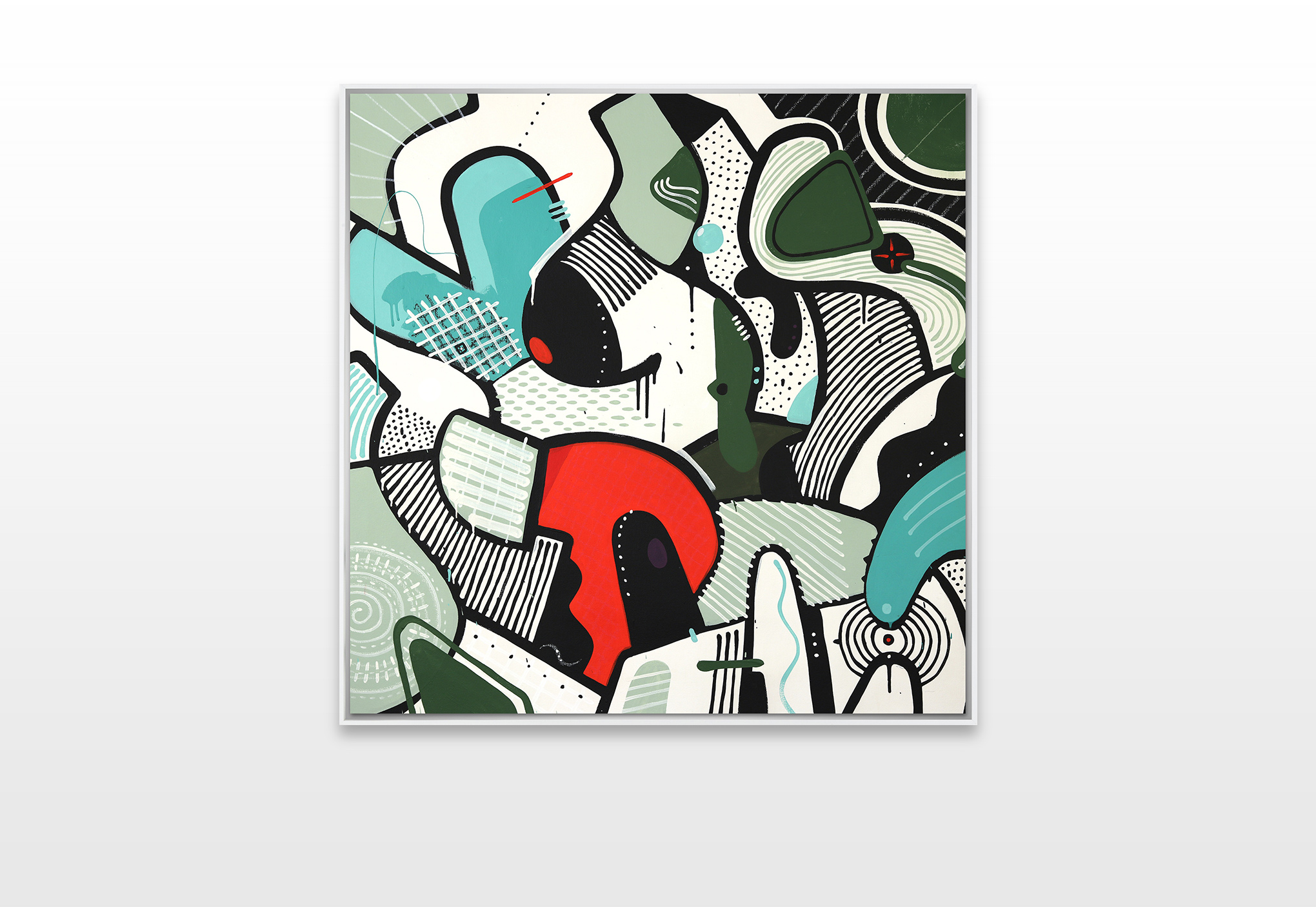 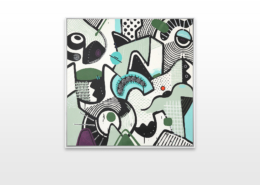 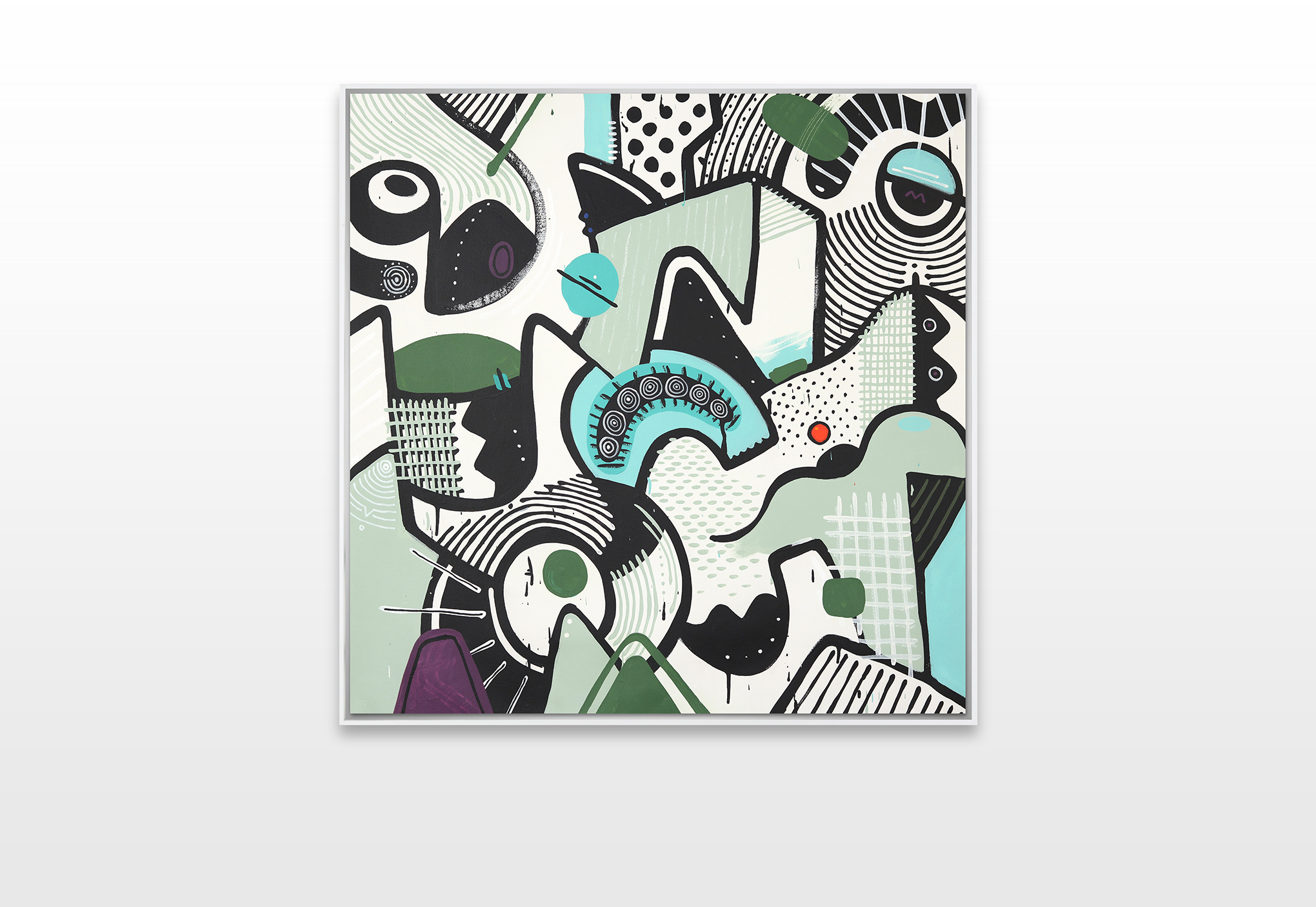 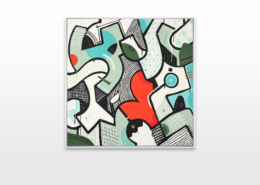 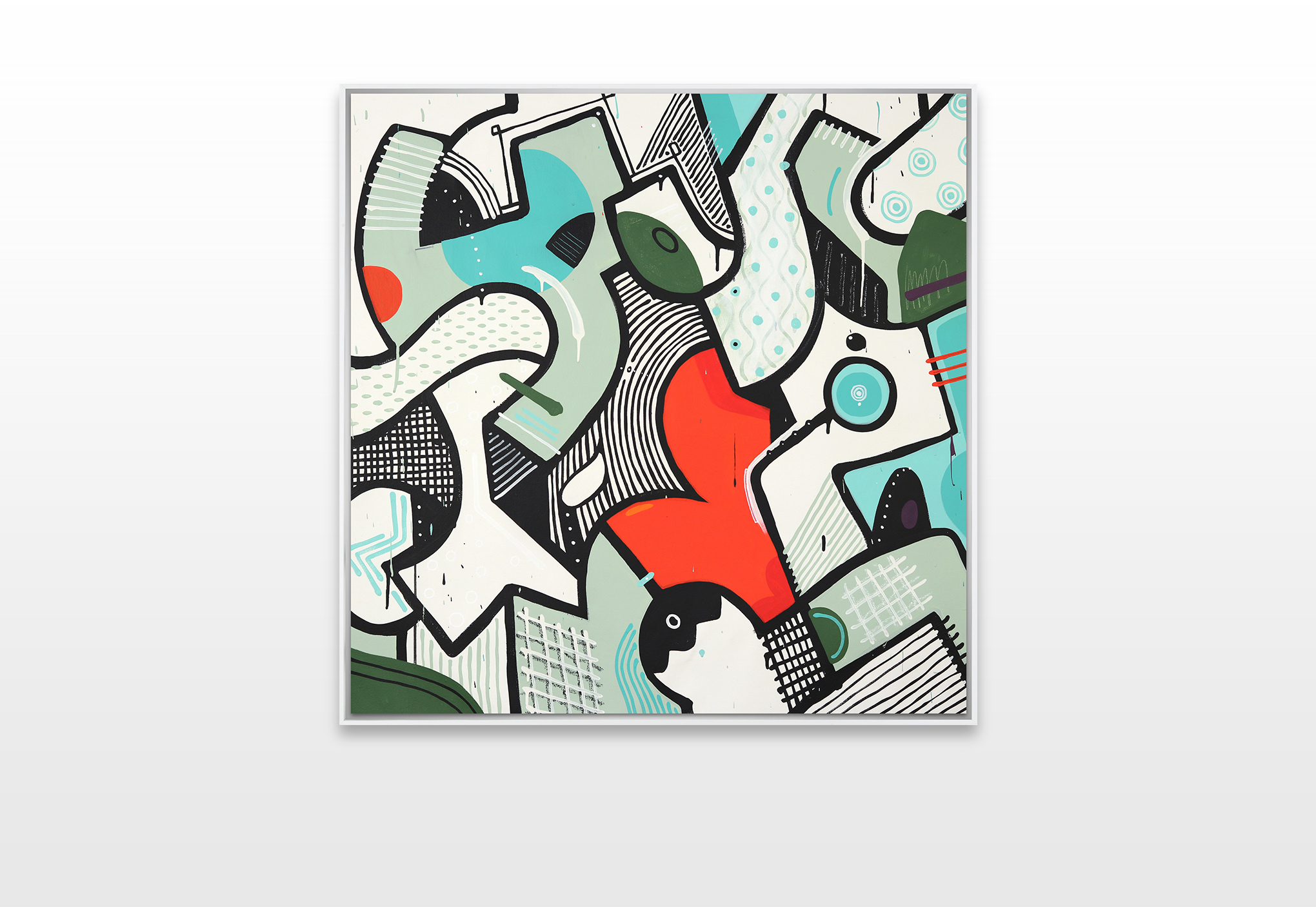