With the title Diamonds and Pearls, Nasty presents a refined version of his iconic compressed spray cans. Five pieces of the latest project called Inclusions will be presented at Kolly Gallery from the 7th to the 12th of December 2020.

From early on Nasty recognized the high potential of the spray can as the ideal object for re- and up-cycling, but at the same time he knew how to turn the presumed leftover of graffiti into a nostalgic cultural asset and piece of history. Who knew that spray cans would develop into iconic symbols and insignia representing the graffiti art movement? Since entering the universe of graffiti Nasty always had this passionate fascination for the collection of spray cans, their designs, the name of the colors and the brands.

It was in the mid 90s when Nasty started to paint and sign empty spray cans and give them to friends or collectors he met along his artistic path as a souvenir. As the images demonstrate, that the working process leading to these refined pieces was lengthy and started around the year 2000. When the cans were emptied after a day of spraying, Nasty  decorated his first cans with splashes, drips of spray paint or sometimes with his tag and began to frame them between two plexiglass panes. That is how he first created a transparent frame around the spray can, which could be viewed from all sides. The embellishments in the beginning were simple but effective due to the graphic designs of the cans.

„ I associate this aesthetic with the world of luxury which makes it a point of honor to present things in a spectacular and unexpected way.“

Since 2005, Nasty started to compress the aerosol cans himself with various and very basic tools, such as, a cinder block, gardening tools or a manual hydraulic press. When he came across a collector in 2012, who ran a metal factory, he finally found the perfect match to speed up the compression process – an automatic hydraulic press. He was able to compress single ones as well as constructions of four spray cans. His compressed can constructions, which serve as a surface for spraying, have eventually reached a size of 1.20 meters or more and contain over 50 cans.

With much curiosity and persistence during ten years Nasty learns to paint himself on the uneven surface of a compressed spray can. The initial design evolved into versatile, colorful and vivid letterings off his renowned pseudonym „NASTY“. Regarding the aesthetics of the lettering and design Nasty has done an extraordinary and autodidactic progress to spray paint the compressed cans with such accuracy. As already explained he first and foremost uses his alias „NASTY“ as a simple tag or as an elaborate piece, which takes up the most space in the image composition and therefore comes to the center of attention. Furthermore, he utilizes drips, splashes, shadow casts, as well as iconic graffiti symbols and references like stars and aureole to embellish and highlight the intricate works of art. Typically there are also significant statements on Nasty’s art works, such as, „Artistes en Cavale“, „Son of Liberty“ and many more. 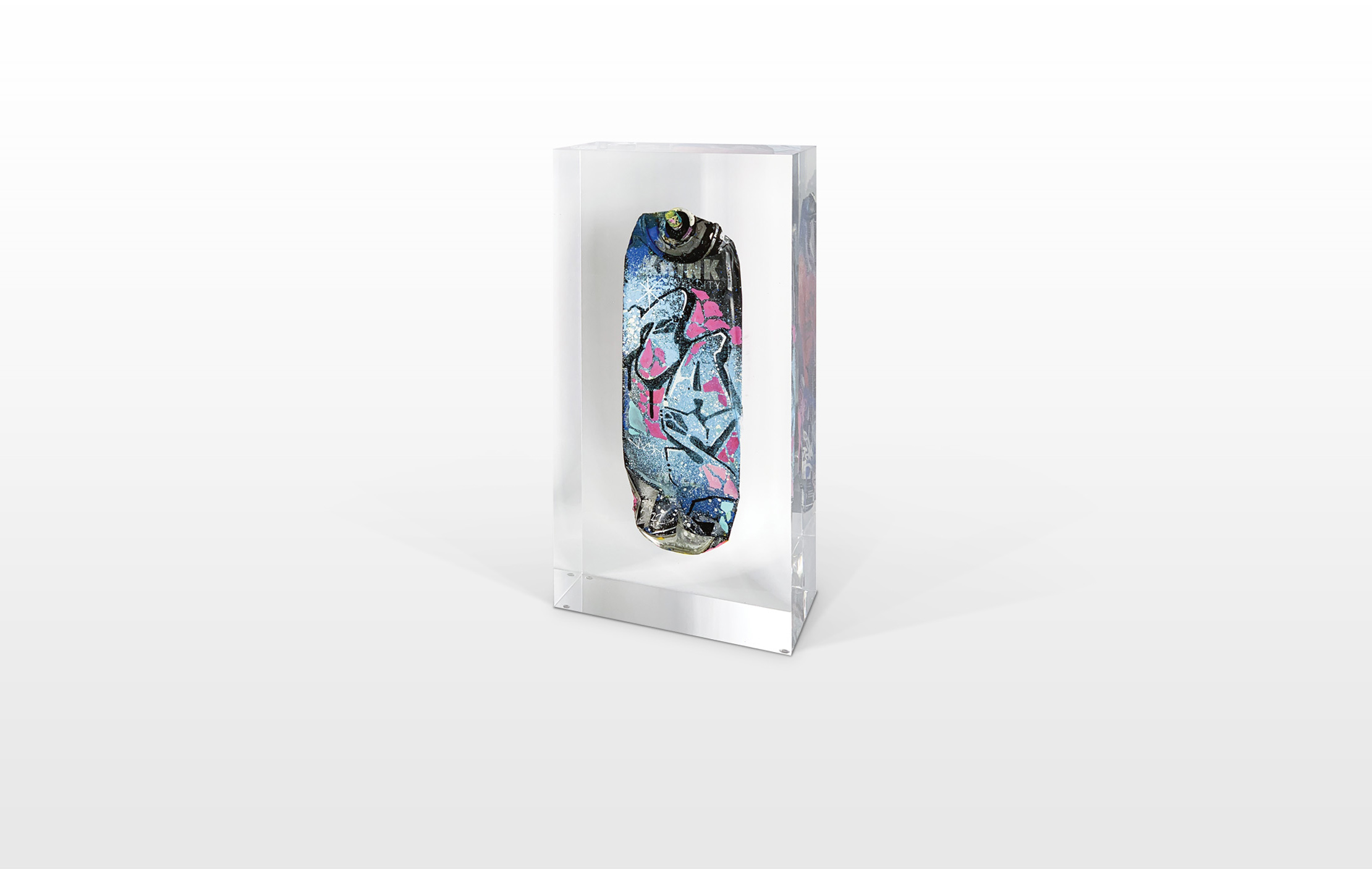 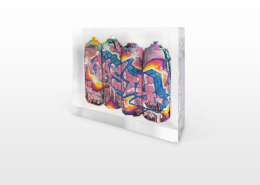 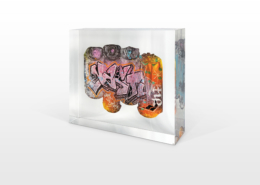 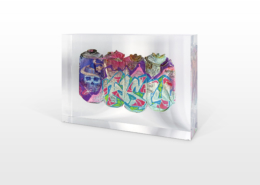 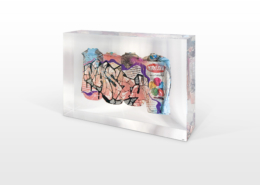 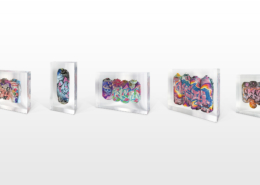