Impeccable painting and a reinvention of an extremely classical theme in the history of art expresses Speedy Graphito’s new series entitled La comédie de la vie. Kolly Gallery is delighted to present the series from May 10th to 15th 2021.

Since his beginnings Speedy Graphito has always been working with art historical imagery. Whether it’s the references to the great masters or the exploration of movements in art history, art is an inexhaustible source of inspiration. His technique and approaches evolve naturally through his discoveries and curiosity.

As the title suggests, it’s about comedy, spectacle and the stage. The exhibition La comédie de la vie is inspired by the comic and ironic side of life. As confinement takes over our homes, depriving us of outings and culture, a simple meal can turn into a court of miracles.

„ Art is an inexhaustible source of inspiration.“

Different than all of Speedy Graphito’s other series he explores the boundaries between abstract and figurative art. Rarely, the artist renounces the beloved pictorial quotations, like cartoon figures, iconic symbols and other art historical imagery, used as homage to his predecessor. In contrary, in the recent series the artist uses different patterns and colors as fill in for the figures and shapes, at the same time he dispenses the outlines. This makes the various visual elements appear flat, as if they were movable parts of a stage set. The shapes become silhouettes with abstract forms, which subsequently become motifs in a play of colours. Through one’s imagination they take on the role actors telling a story. The table is transformed into a stage, as in a theatre, and each motif plays its role. Visually, he plays with the abstract and figurative levels, thus reinforcing the theme of La comédie de la vie.

Portraying five different meals Speedy Graphito expresses the reference to art history by using the genre of still life as foundation of the artwork composition. Furthermore, the series illustrates full appreciation of the “simple” things, in this case a meal, its decoration and arrangement. The still life is one of the recurring themes in art, a basic stylistic practice that brings out the essence of a research. The subject is raw and the creation essentially formal. Within this narrow framework of creation, the challenge is to reinvent the theme in the 21st Century!

In the series La comédie de la vie the untouchable myth of still live paintings is imaginatively refreshed through the artist’s playful research of colours and forms. Through Speedy Graphito’s interplay of colors, shilouettes and patterns, the still life paintings become alive, commemorating life in a mischievous and colourful comedy. 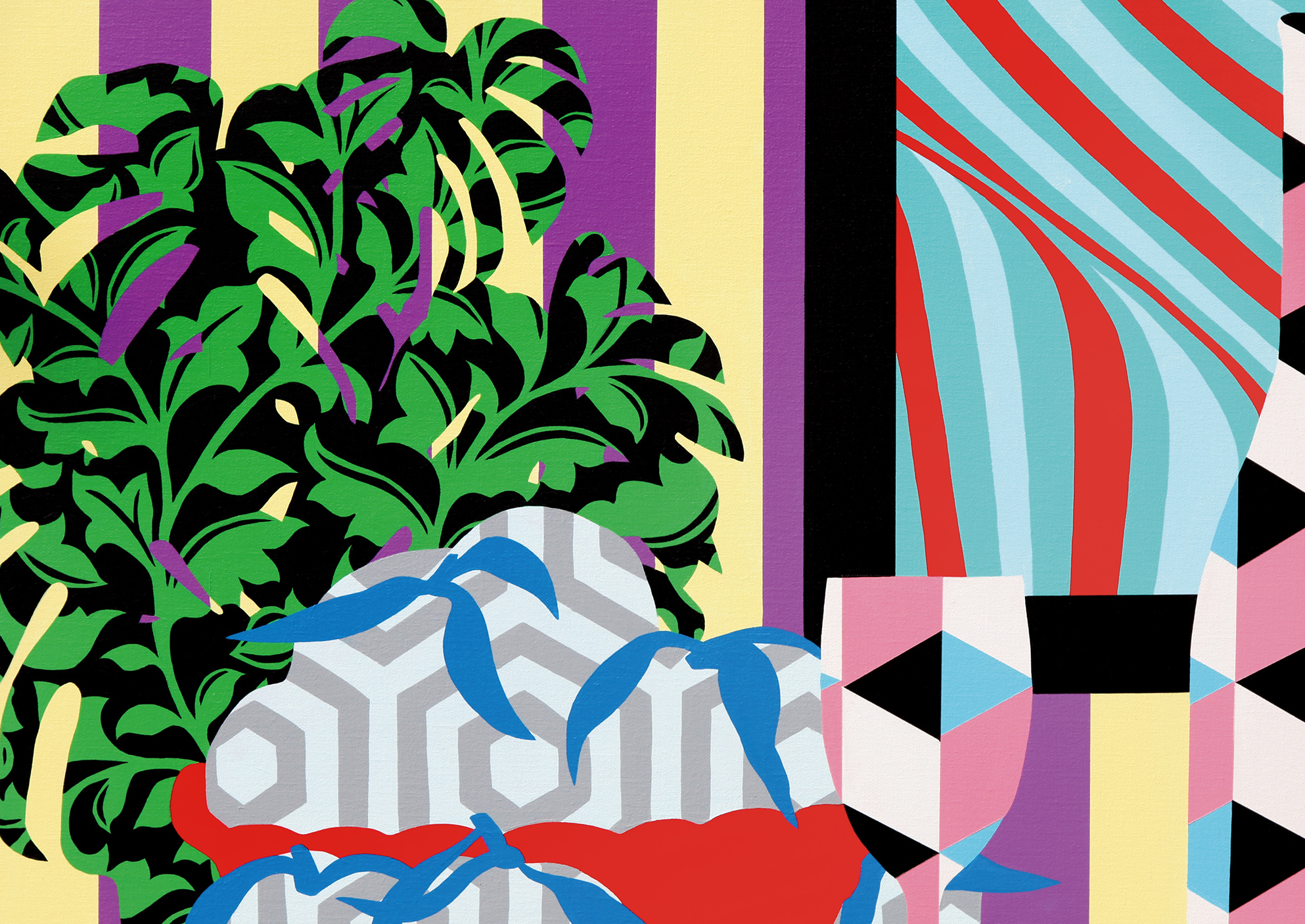 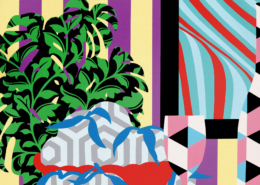 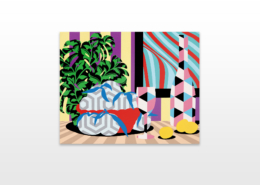 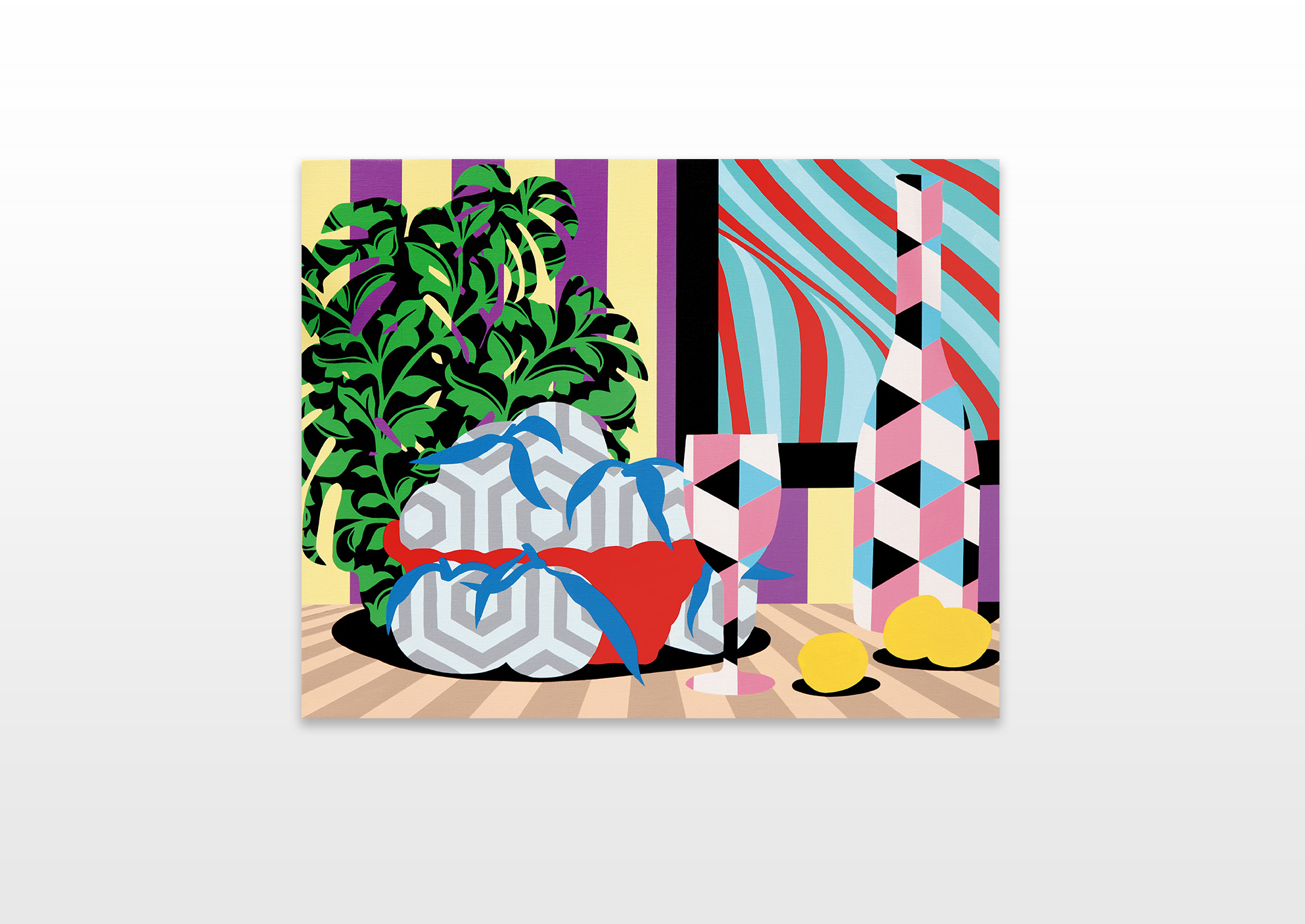 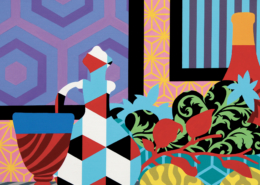 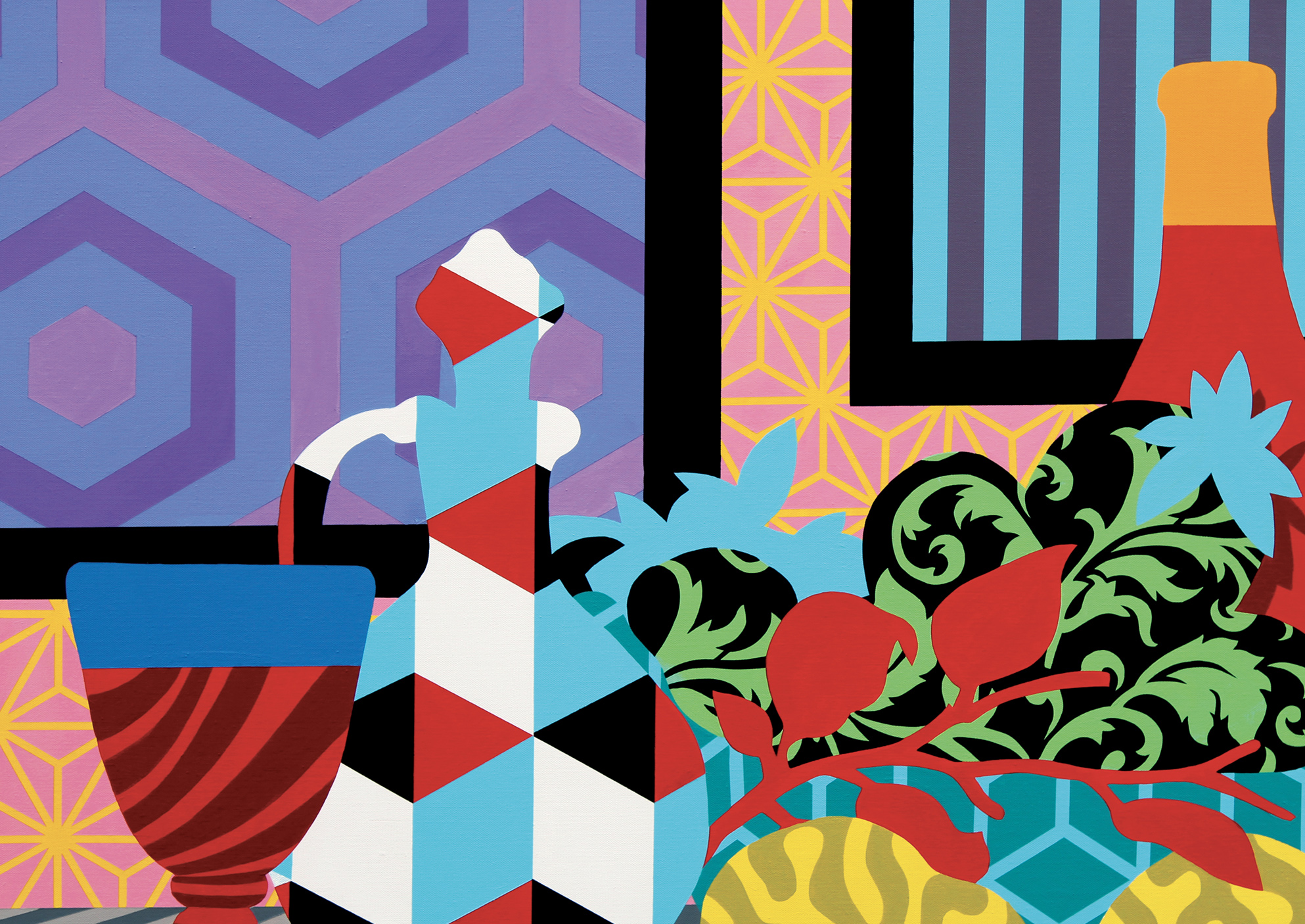 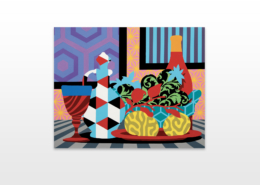 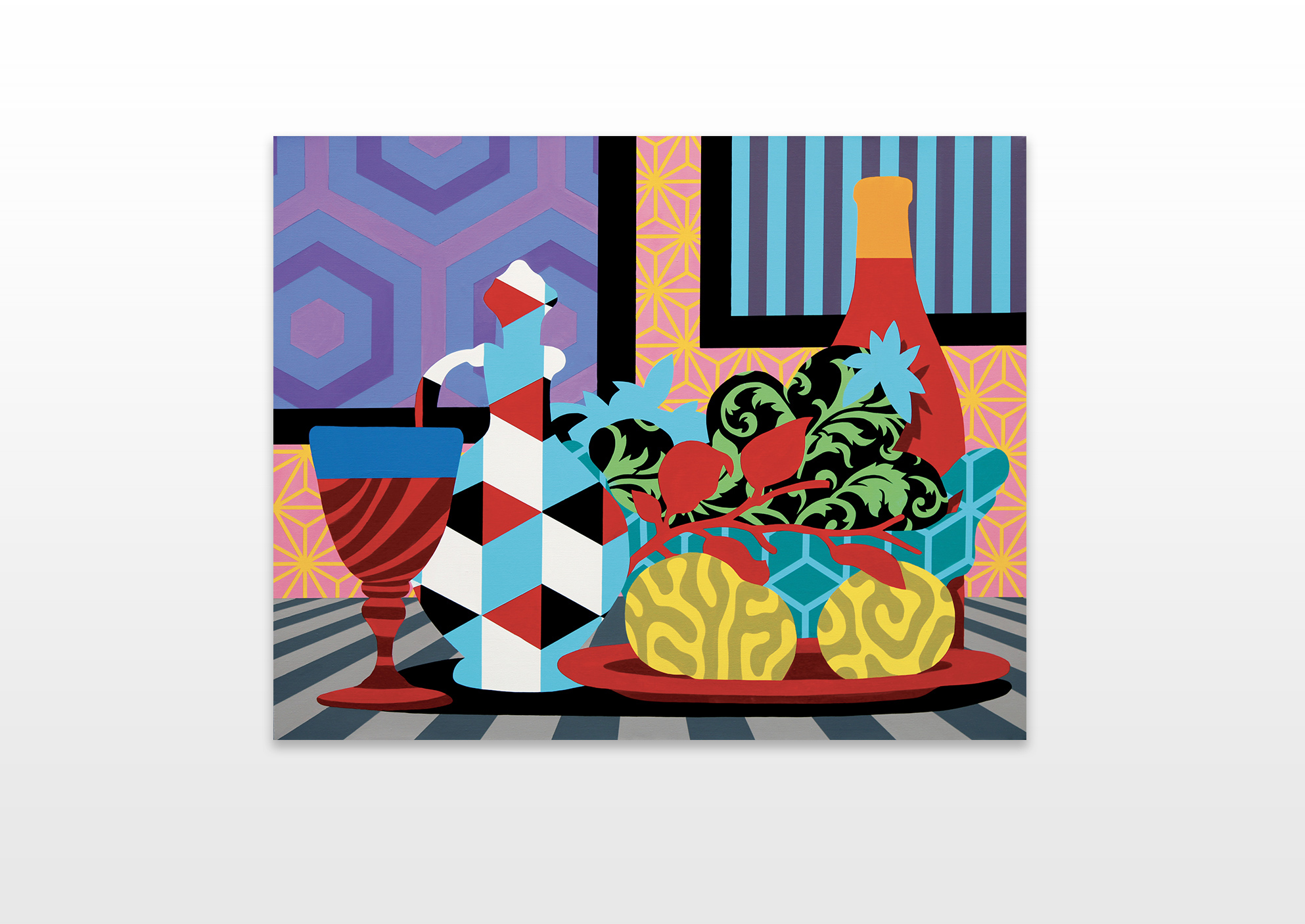 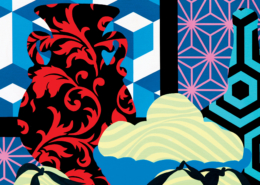 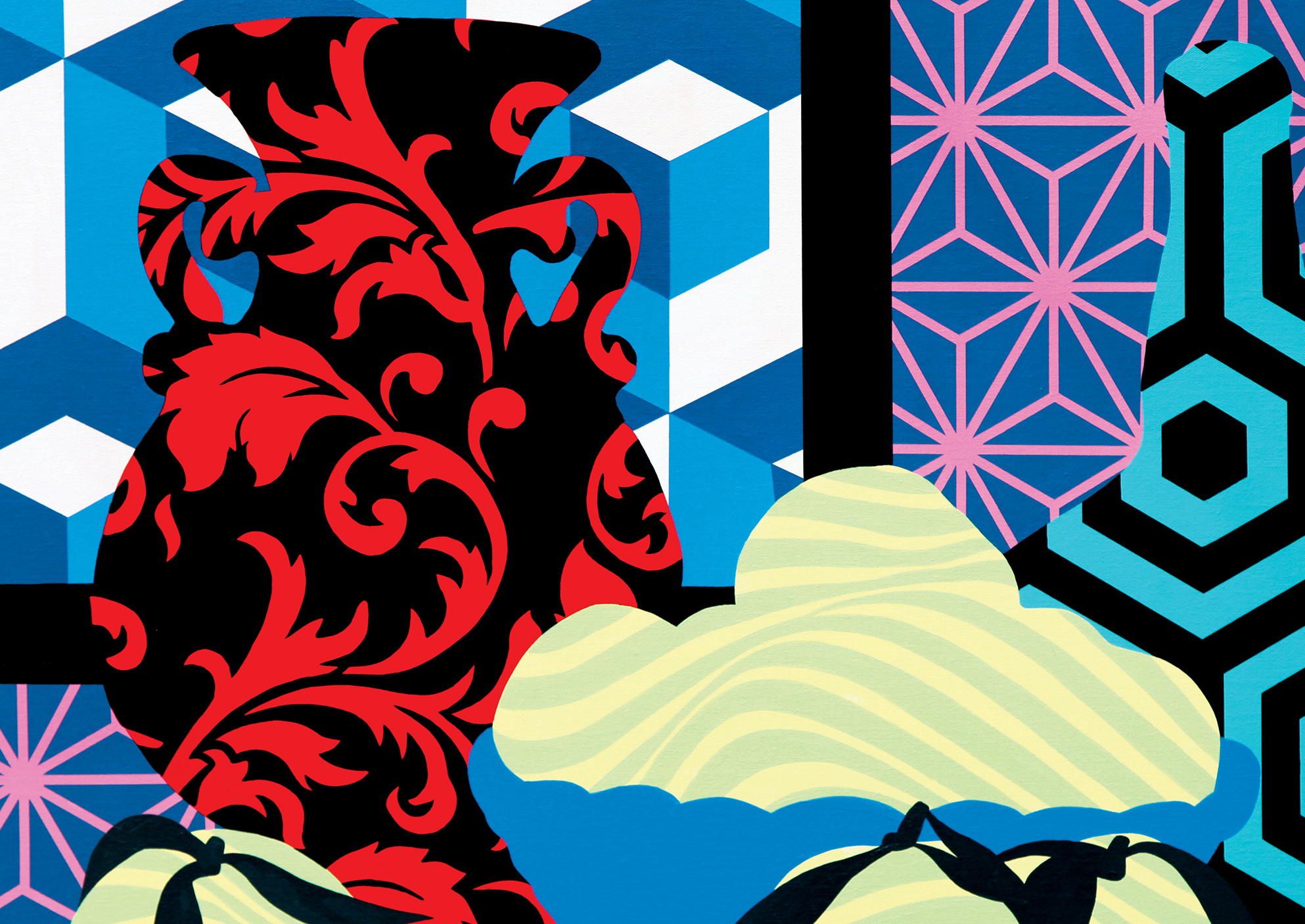 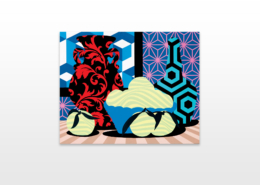 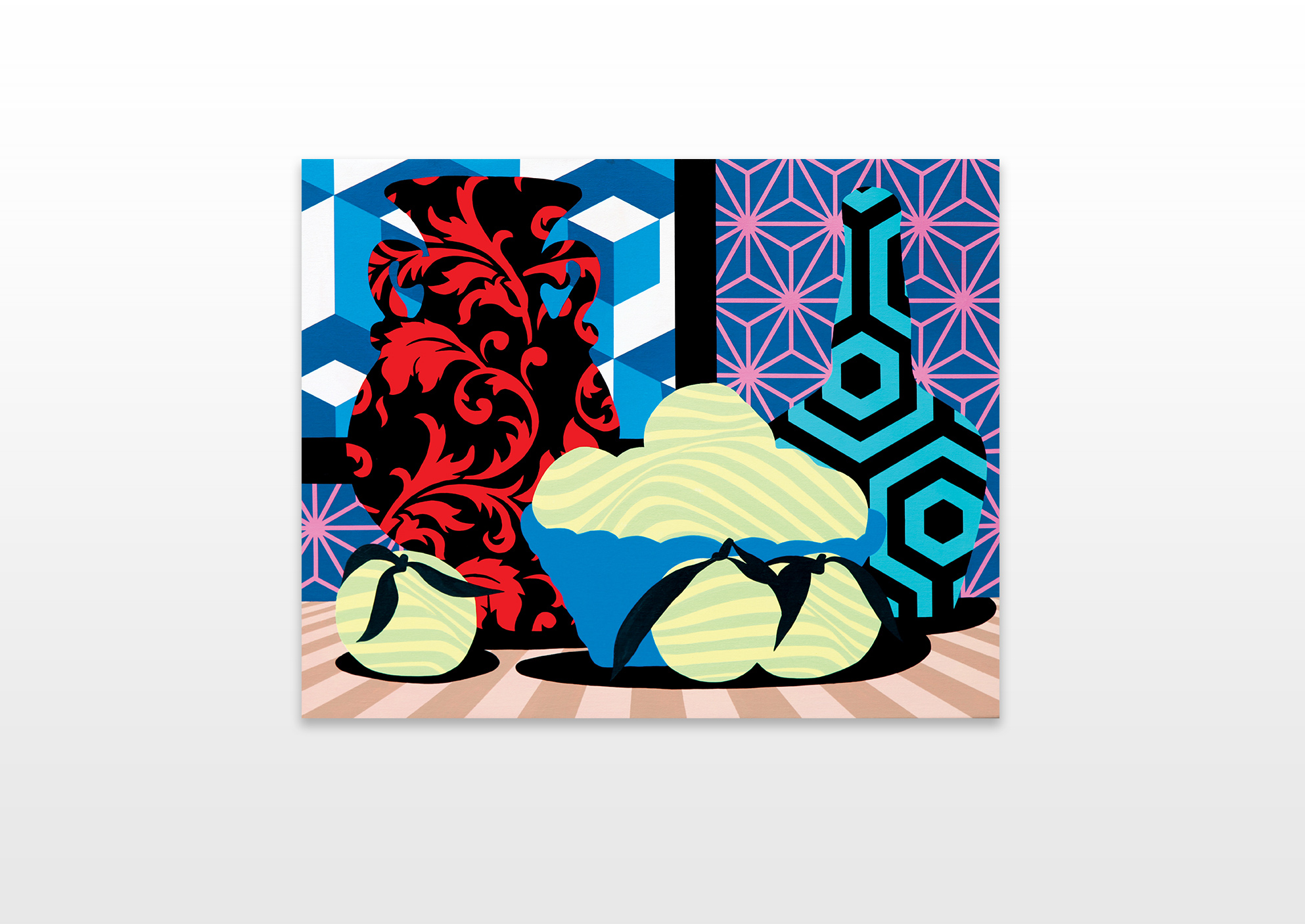 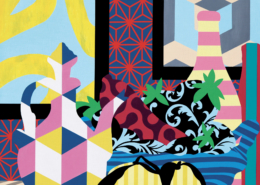 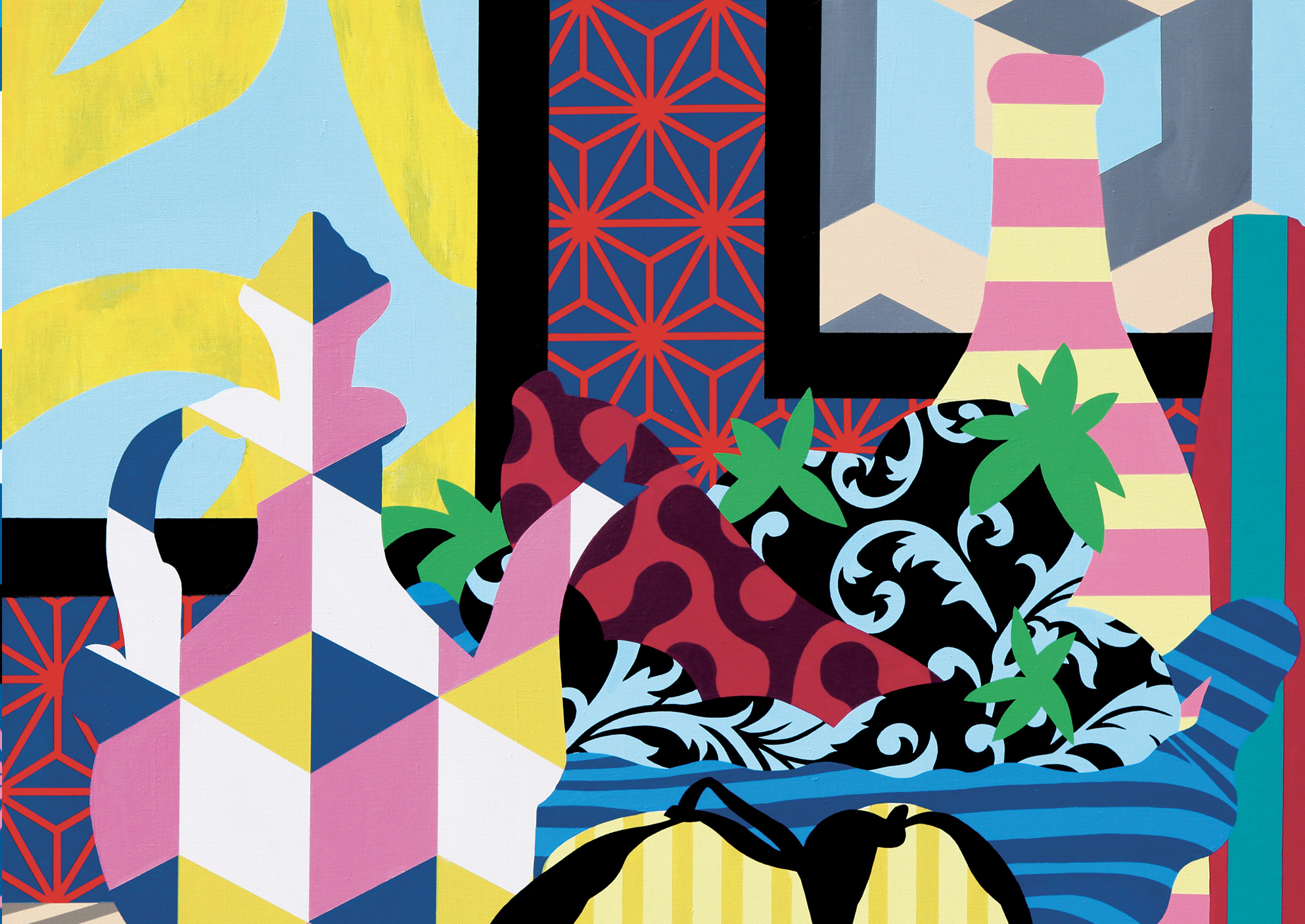 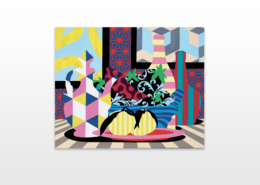 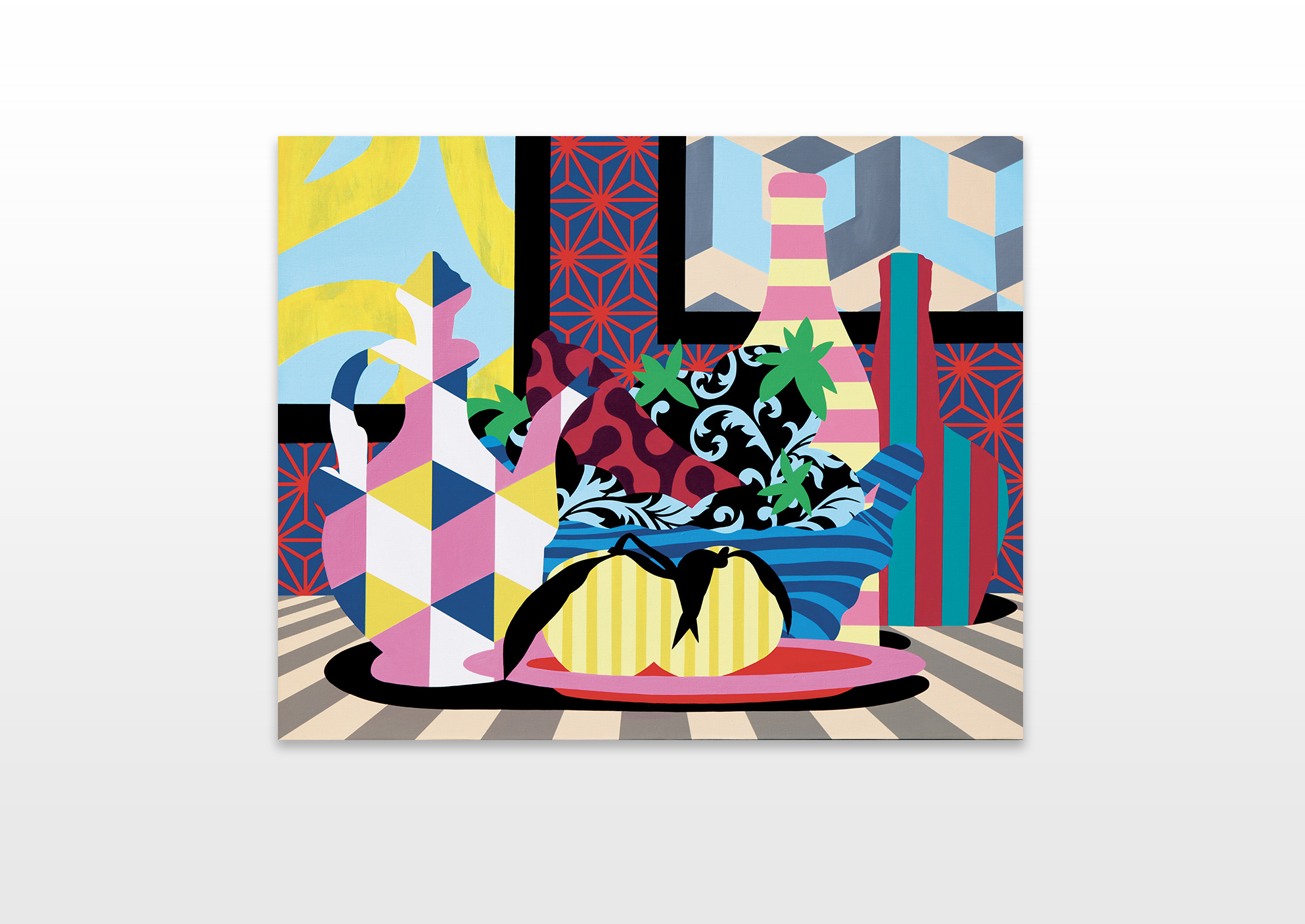 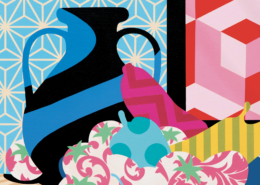 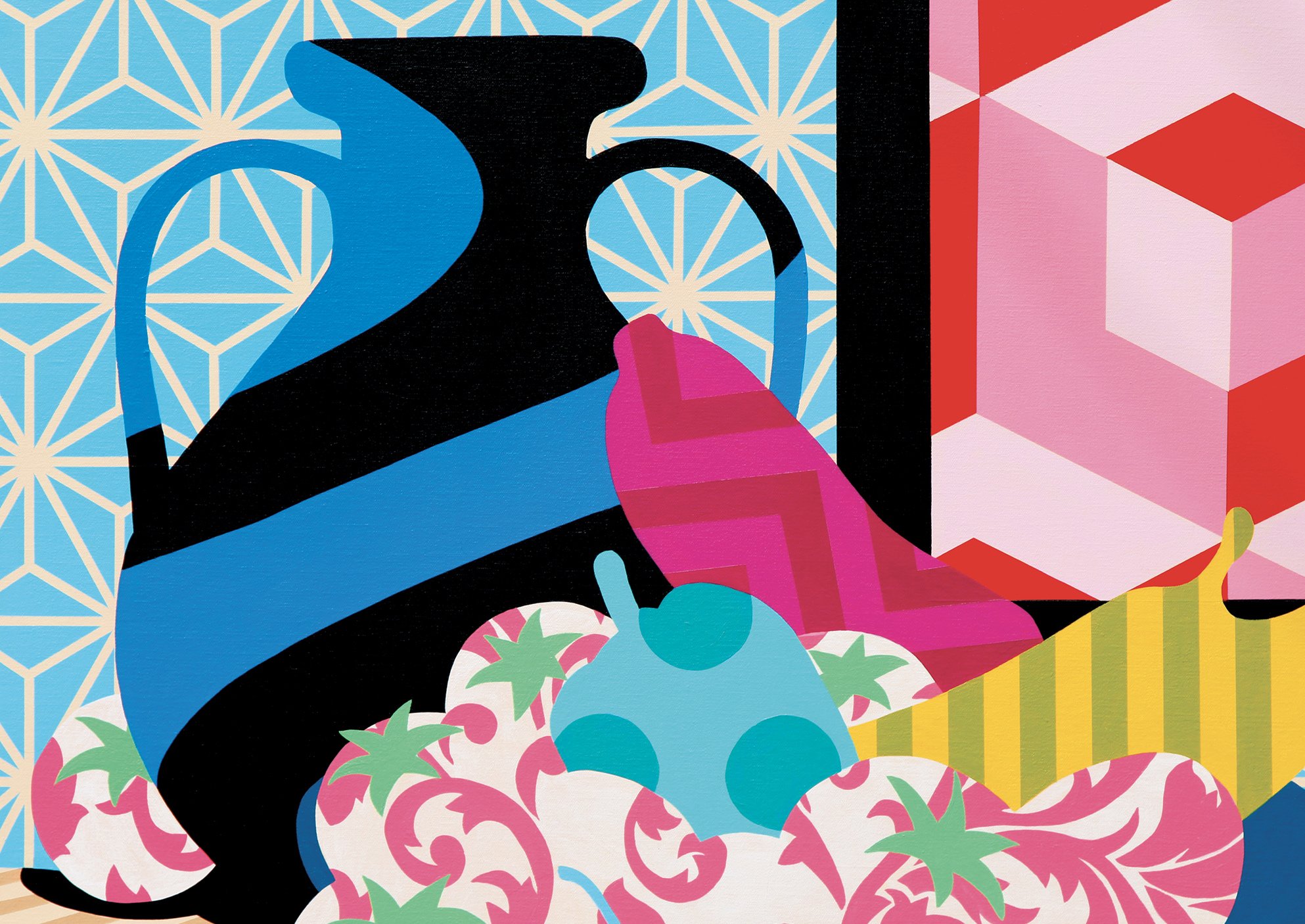 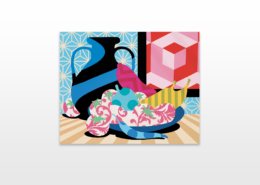 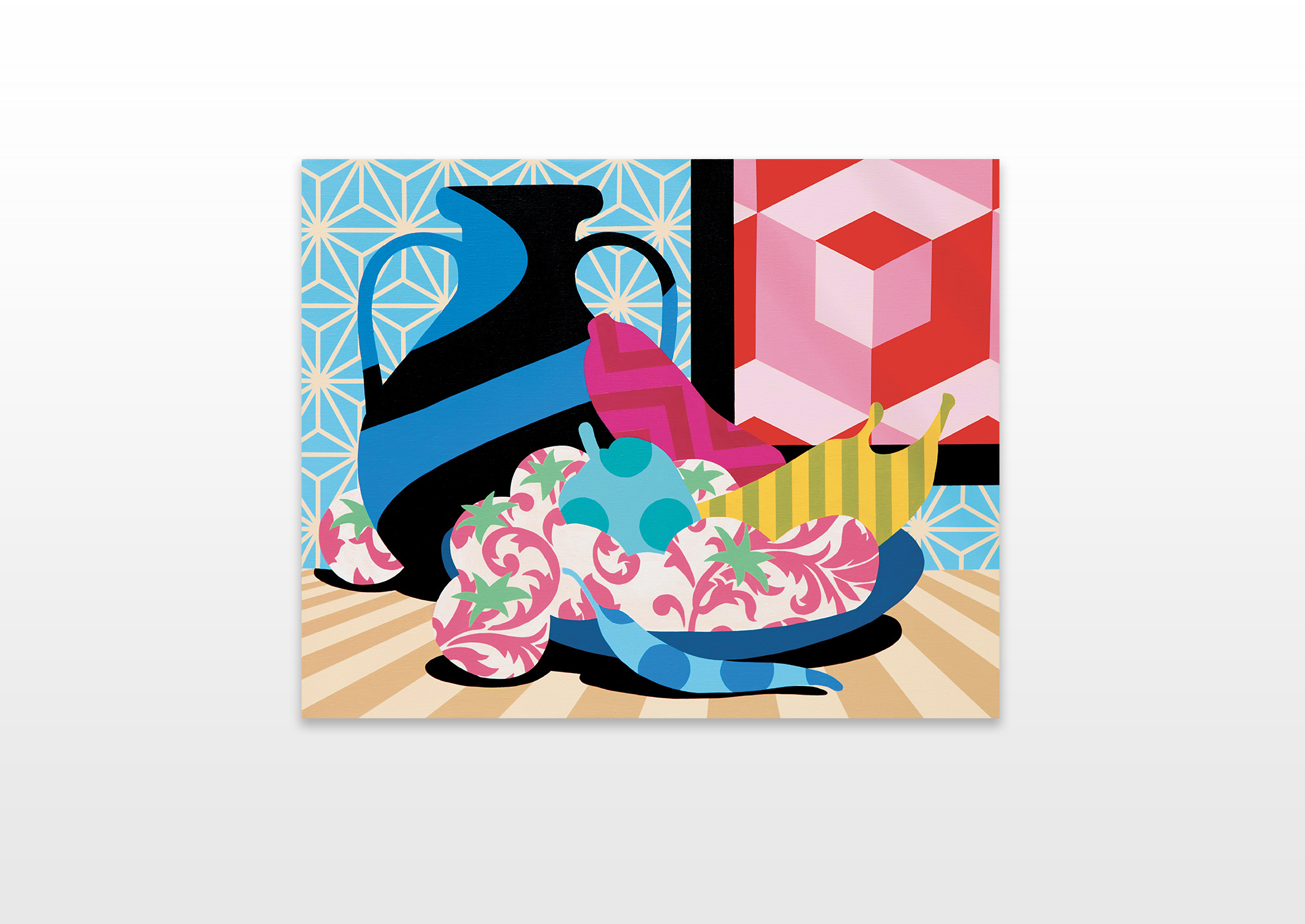