Kolly Gallery is presenting a new era of Steph Cop’s artistic practice entitled Aroèdre from 26 to 31 October 2020 in Zurich. Steph Cop’s knowledge about the element of wood is just thrilling, since his inhabitation of the Morvan forest he has extensively researched and shaped the forest’s trees as well as regrown his own.

It is in the winter of 2020 that Steph Cop decides to end the artistic cycle of his iconic ARO sculptures and herald a new, reshaped and deeply researched visual vocabulary entitled Aroèdre. His new artistic awakening will be accompanied by a new publication entitled  «IX. arbre» to be released in December 2020.

„ The ARO movement ends, but the power of the oeuvre remains inexhaustible.“

Aroèdre represents a new cycle of Steph Cop’s artistic development. The deconstructed, sculpted and fragmented cubes seem minimal and clean, yet they revel a multitude of forms. The arranged sequence of asymmetries, is called Polymorphs of the Soul. Their multiple and asymmetrical facets reflect as numerous prisms that define its plural identity.

Asymmetry introduces an imbalance and thwarts the geometric status of the cube, creating a contingency, an event that is neither entirely due to chance nor to determinism.  The fragments can be held in the hand and offer themselves for contemplation and tactile encounters. A meditative interaction is created, which multiplies the perspectives of the object.

The ARO movement ends, but the power of the work remains inexhaustible. A word that exists only in the Japanese language could poetically evoke the appearance of these AROèdres – Nagori, which suggests the imprint left by something that is no longer, this persistent presence of a finished event, the trace that prolongs a closed cycle. The deconstructed and sculpted fragments inherit traces of the ARO cycle that has come to an end; they are an artistic moment of tension and at the same time the preface of the development of the new arboral movement. 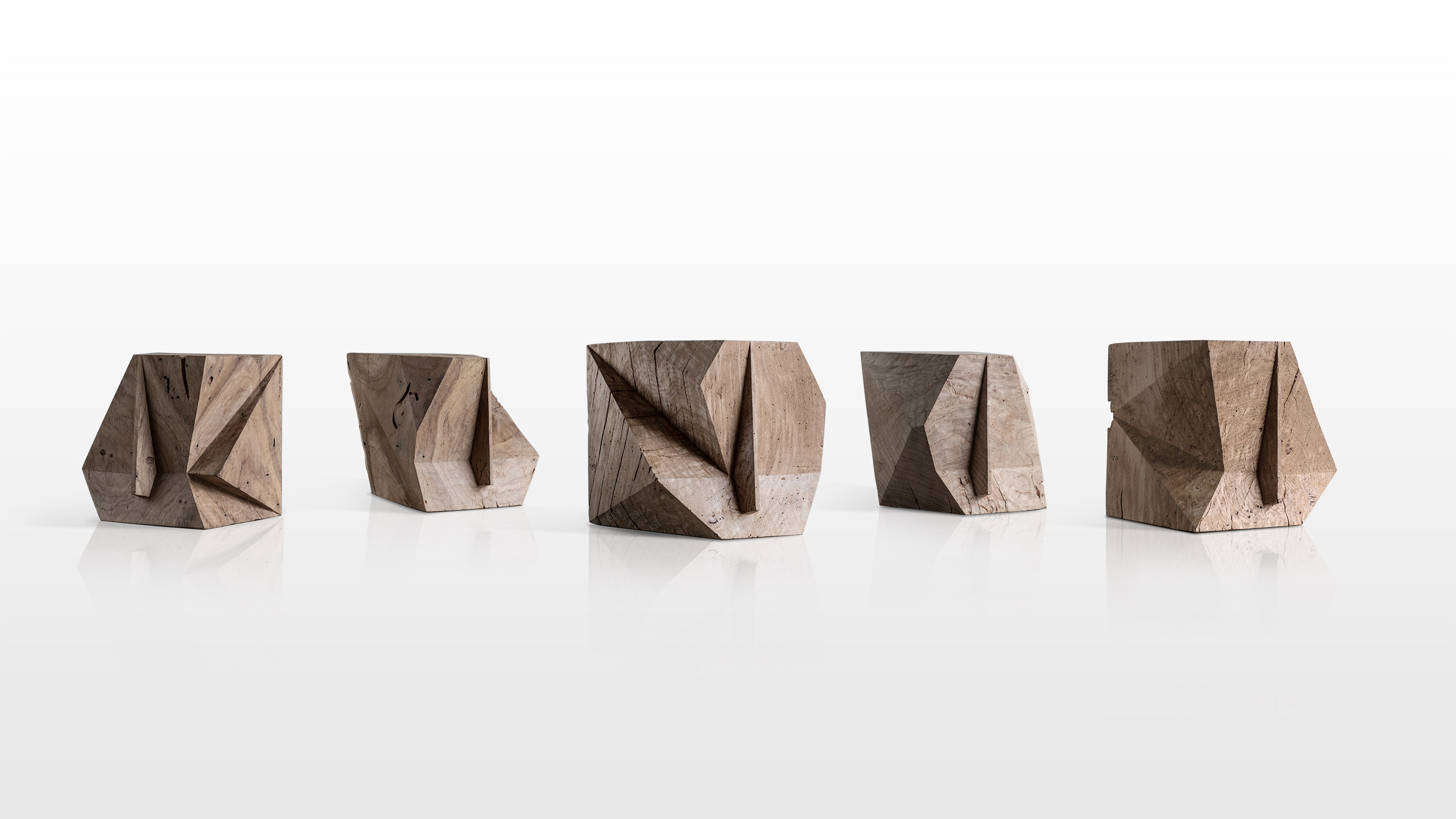 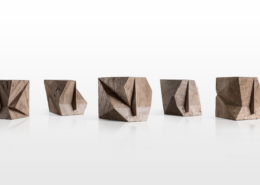 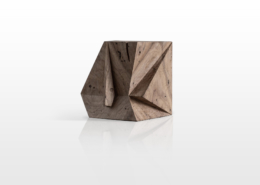 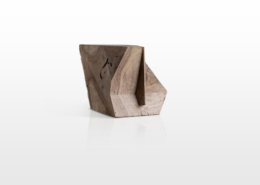 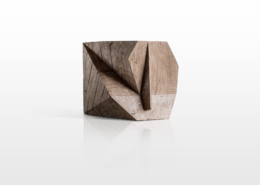 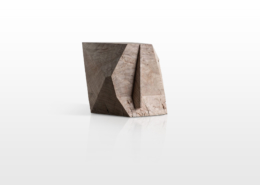 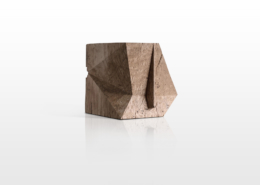