SupaKitch surprises the public with a brand new series entitled Flooded – The Tennis Courts presented at Kolly Gallery from 15th to 20th March 2021.

In 1990 SupaKitch sprayed his first graffiti on the wall of the tennis club near Montpellier. This is an essential personal memory that connects his own story to his most recent series. Furthermore, tennis is among the artist’s preferred sports, which he also first practised in his youth. The artist  even has a fondness for the vintage design and elegant aestethic of the sport with its designated outfits, tools and obviously the tennis courts and their precise white lines.

The presence of water on the tennis courts distorts the vision and creates movement on a usually static scheme. The straight white lines painted on the ground delimit and partition. They represent the uncompromising rules of the sport. The water, by its transparency and its matter in movement, curls the lines and so softens their rigidity in a random way to grant them a moment of outbreak and madness.

„ In art, breaking the rules is the only rule.“

Back to the metaphor of the highly praised straight and white tennis court lines, who are suddenly blurred by the Supakitch’s floods. If the idea of breaking the uncompromising rules is not only applied to tennis, but to the whole social system, the artist raises a very critical topic about the existence of rules in general. In the recent series the alleged rigidity becomes dynamism, only by changing the perspective or in SupaKitch’s case the filter. What the artist additionally suggests is that instead of labeling something as useless, you can repurpose it while also adapting its tools. SupaKitch has illustrated this metaphor with a touch of humor through his self-modified tennis racket – which became a racket net. 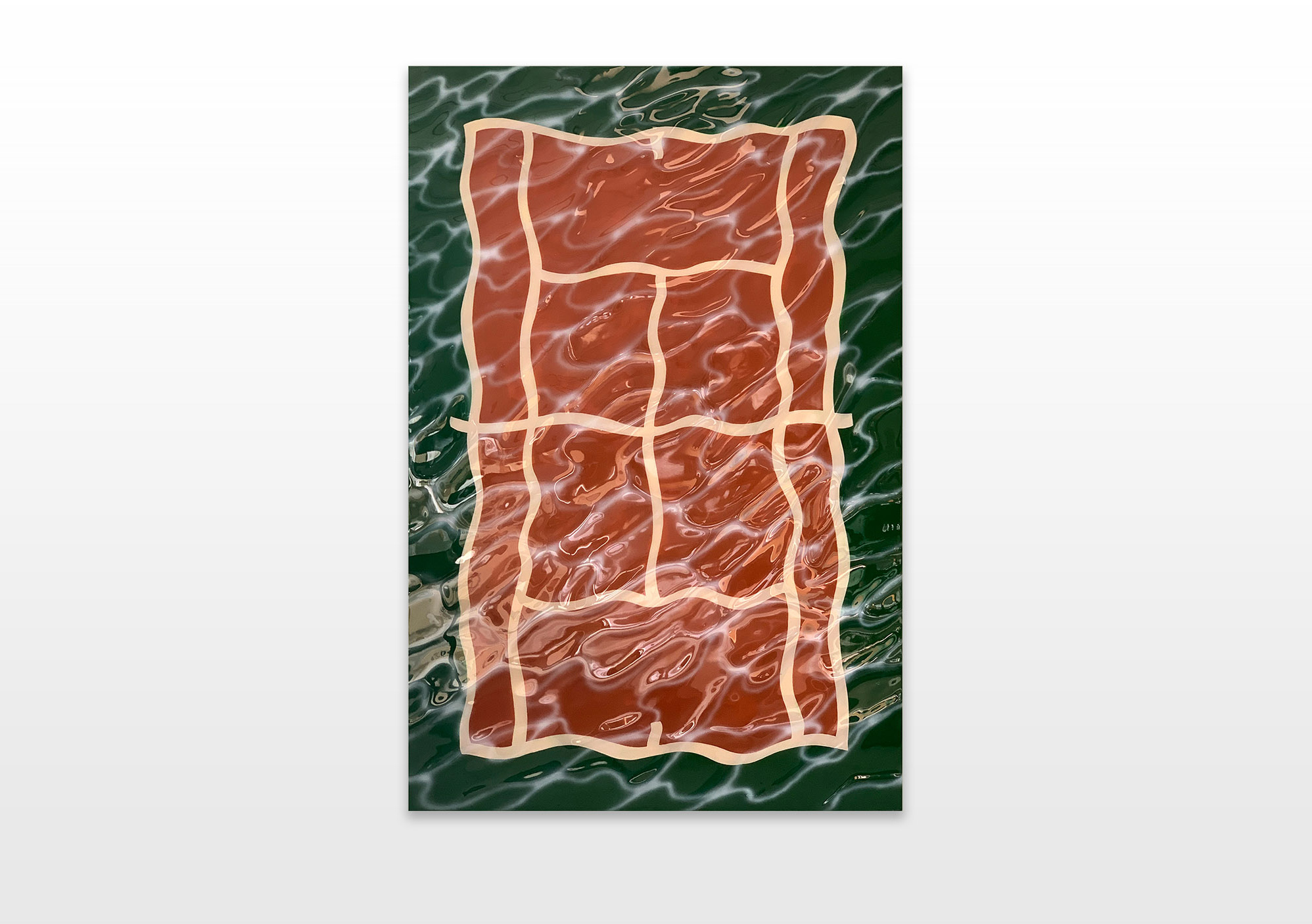 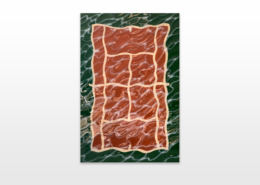 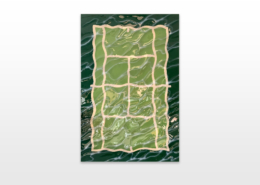 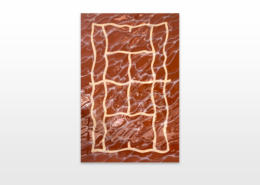 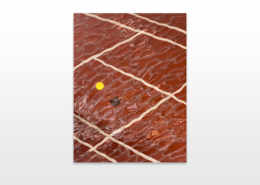 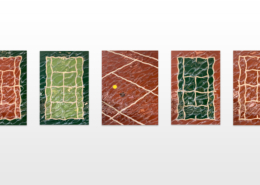