SupaKitch’s new series entitled Gold Crack contains abstract compositions suggesting an aesthetic of natural elements, such as the smooth marble surface, the ever-changing face of the ocean, the abrupt horizon line and finally the crack in a wall. SupaKitch’s works of art combine two different associations of the term “crack“. One derives form the graffiti tradition, the other reflects the Japanese aesthetic concept of wabi sabi.

Cracks were one of the first ornamental and decorative devices for the stylisation of graffiti pieces. Cracks are also a substantial part of each and every wall, which represent a natural sign of material age or change. Thus every crack or scar on a surface tells its very own story.

„It is about seeing beauty where most people see imperfections.“

The keywords “imperfection, transience, and incompleteness“ are all interlaced with the term wabi sabi, a Japanese aesthetic concept that dates back to the 16th century. SupaKitch translates wabi as a reference to plenitude and modesty that he feels for natural phenomenon, like the swirled and marbling effect created randomly by the resin in his paintings. He translates sabi as the detection of time on an object, like cracks on marble or concrete walls of contemporary urban constructions, which is reflected by the cracks in his paintings. Ultimately the series Gold Crack has been inspired by Kintsugi (jap. “golden joinery“), the Japanese art of repairing broken pottery. This philosophy highlights the repair as part of the history of an object and invites to admire the failure of it.

In contrary to western society, where the aspiration of performance and enrichment is basically inherited from generation to generation, in Eastern traditions life is seen more as a journey, where everything is a continuation and never stands still. The modesty of accepting defects, transience, and incompleteness emphasises this philosophy. This includes the idea of “seeing beauty where most of people see imperfections“, which Supakitch is expressing in his new series at Kolly Gallery entitled Gold Crack. 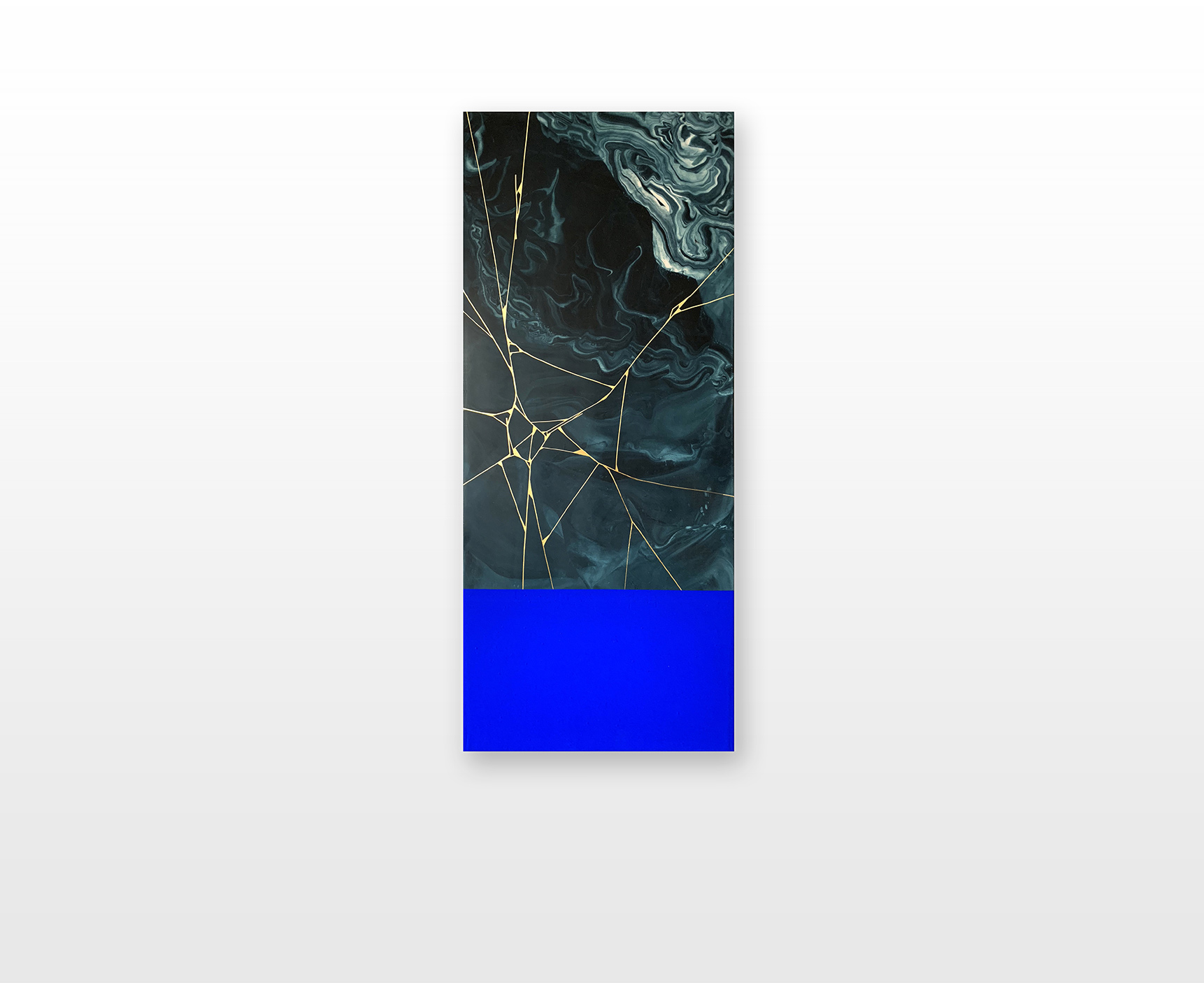 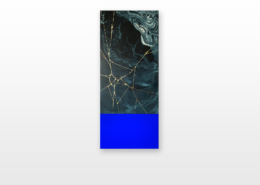 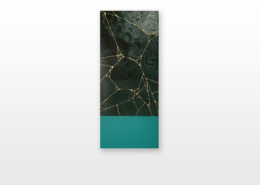 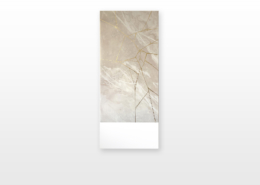 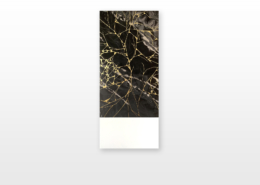 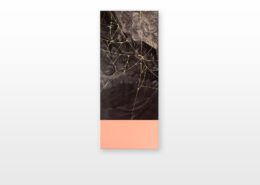 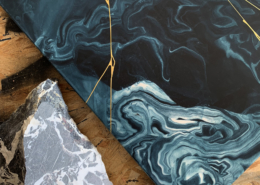 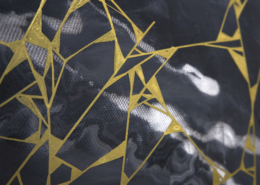