Transience, decontextualization and gestural traces of urban environment are portrayed in Tilt’s body of work. Kolly Gallery is excited to represent his new series entitled Troubled Waters from June 24 to June 29, 2019.

Layers of paint, spray paint and markers constitute a certain depth and intricacy in his works. Rough designed and impulsive scratched surfaces commemorate primitive caveman markings and drawings on walls to assert human existence across time. Within his altered practice he focuses on the beauty of tagging, dripping, as well as transience. He uses wild and illegible tags, throw ups and deliberate drips only as a formal aesthetic tool. The heavy heritage of the graffiti tradition is used as a tool to evoke a representation or memory of a rebellious as well as anarchic act of a past era of subculture.

„ I want to represent the essence graffiti in the purest way. “

In deconstructing subcultural and semiotic codes, Tilt plays with the decontextualization of writing, textures and intensity. The compositional layers are sensibly chosen in its colors and dynamics, in order to create a piece of deconstruction, disintegration and juxtaposition. In this series he focused on more simple but visually intended and far more disruptive compositions in order to present those layers of writing in their purest way. This marks a further evolution process in Tilt’s aesthetic research of raw graffiti.

The title Troubled Waters is a reference to occupied territories and radical graffiti. Radical graffiti often pursue an rather anti-capitalist, anti-authoritarian and anti-colonial approach. The graffiti are mostly used as differentiating crews but also for territorial delimitation. The artist draws the inspiration for that kind of graffiti especially from freeways, walls by train tracks, dirty suburbs as well as abandoned factories. The urge to express a radical gesture and primitive elements are reminiscent of Paris’ carvings in Brassaï’s photographs. 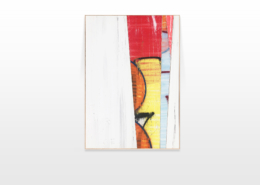 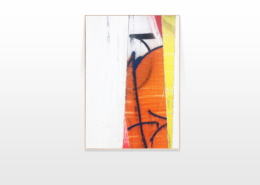 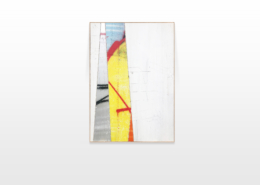 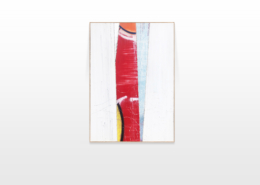 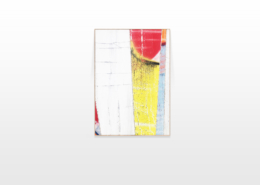