Graffiti has spread from America to Switzerland, when tags, throw ups, pieces and style writing appeared in public space. Over the last 50 years, a novel, vibrant and dynamic art form has emerged that has its origins in graffiti, but has long since ceased to be so called. During the summer exhibition entitled Swiss Made Kolly Gallery will present the diverse and individual results of contemporary Swiss artist, which were and art part if the graffiti movement in Switzerland. The exhibition is displayed throughout August in Zurich and Geneva.

According Beat Suter and Sigi ‚DARE‘ von Koeding, Biel and Zurich were the first Swiss cities in which American graffiti was introduced in 1984. The first murals and pieces appearedalong the train lines. In 1985 and 86, the graffiti movement reached Basel. In the Swiss capital Bern, the first pieces were sprayed in 1984 and the first longer walls were created in 1985 in the districts Wyler and Marzili. In Geneva the first tags appeared in 1984. In all cities, graffiti was spread mainly through the then iconic films such as Wild Style! (1982), Style Wars (1983) and Beat Street (1984). At that time, there was still little contact with other scenes from other cities. In the nineties, Basel became the most active Swiss graffiti city, on the one hand because of the wide availability of surfaces and on the other hand because of the relatively low fines on the „line”. In the book “Swiss Graffiti” (1995) Zurich was named as a typical “bomber” city. Bombing refers to rapid illegal spraying, which was particularly popular in Zurich.

Exceptional in Switzerland is the 3000 km long railway network. The Basel “line” offers the longest continuous graffiti network in the world, mainly because it borders on two neighbouring countries, France and Germany. In the past as well as today, you see the real “landmark” of the city – the line – when you enter Basel by train. 10 km of grey concrete is continuously covered with a layers of graffiti pieces. Again and again old pieces are painted over with new graffiti.

Meanwhile various fields of artistic practice have developed from the graffiti art movement. Practicing identity: Graffiti was based on the quest of the name and therefore an intrinsic and particular interest in the artistic identity and research of its own vocabulary of expression arose, through letters, form, character and abstraction. In some practices transmitting the physical and mental state of arousal created by the experience of graffiti is crucial. Further practices emphasize the deconstruction of the craftsmanship of graffiti writing and spraying to its essence. In other case the de- and re-contextualization of aesthetics, concepts and references of graffiti culture is central.

Most importantly to describe this new art form is independence from traditional art standards and the reinvention of artistic of values, craftsmanship and use of painting tools.

„ Every period of culture produces its own art, which can never be repeated.“

Let’s have a closer look at the fascinating artist and art works which represent Swiss Made:

In his creative practice, Thierry Furger deals with the dynamic-eternal or finite process of graffiti, which is caused by graffiti removal and overpainting. His pictures, however, always capture a moment of transience.

Sigi ‚DARE‘ von Koeding developed a complex style with almost perfectly arranged letters and pseudonyms, which gave him the opportunity to create a large international network. His unique works are all underlined by his distinctive 3D – style , which comes into play particularly in large-scale graffiti. His fine and neatly made sketches show his precision as well as his creative approach.

Gaspard Louane combines his personal history and his personal motifs that are part of his own journey of live experience, whether in the literal or metaphorical sense.

Still Alive’s paintings give insight into the dark and most anonymous and illegal world of graffiti writing. Through his imagery, the artist conveys the values and interests of writers.

Michel FR loves to paint and draw on any material he can find, but he has a preference for cardboard and wood. He is fascinated by those materials, because they are often old and marked by time, in this case wood.

Maja Hürst’s murals as well as her studio-based artworks are especially depicting animals which transport their symbolism on humans. Hürst’s style  can be described as multi-layered, graphic, containing a symbolic value and thus create a unique radiance, eclectic in material, technique and colors.

Whether outside or in the studio, curved lines, dynamic swings and a tag here and there are the basis of Sweetuno’s body of work. Therefore, he is always looking for connections between his graffiti practice outside and the painting in the studio. He continuously develops the letters of his name in order to raise interest and passion about letters, colors and forms. 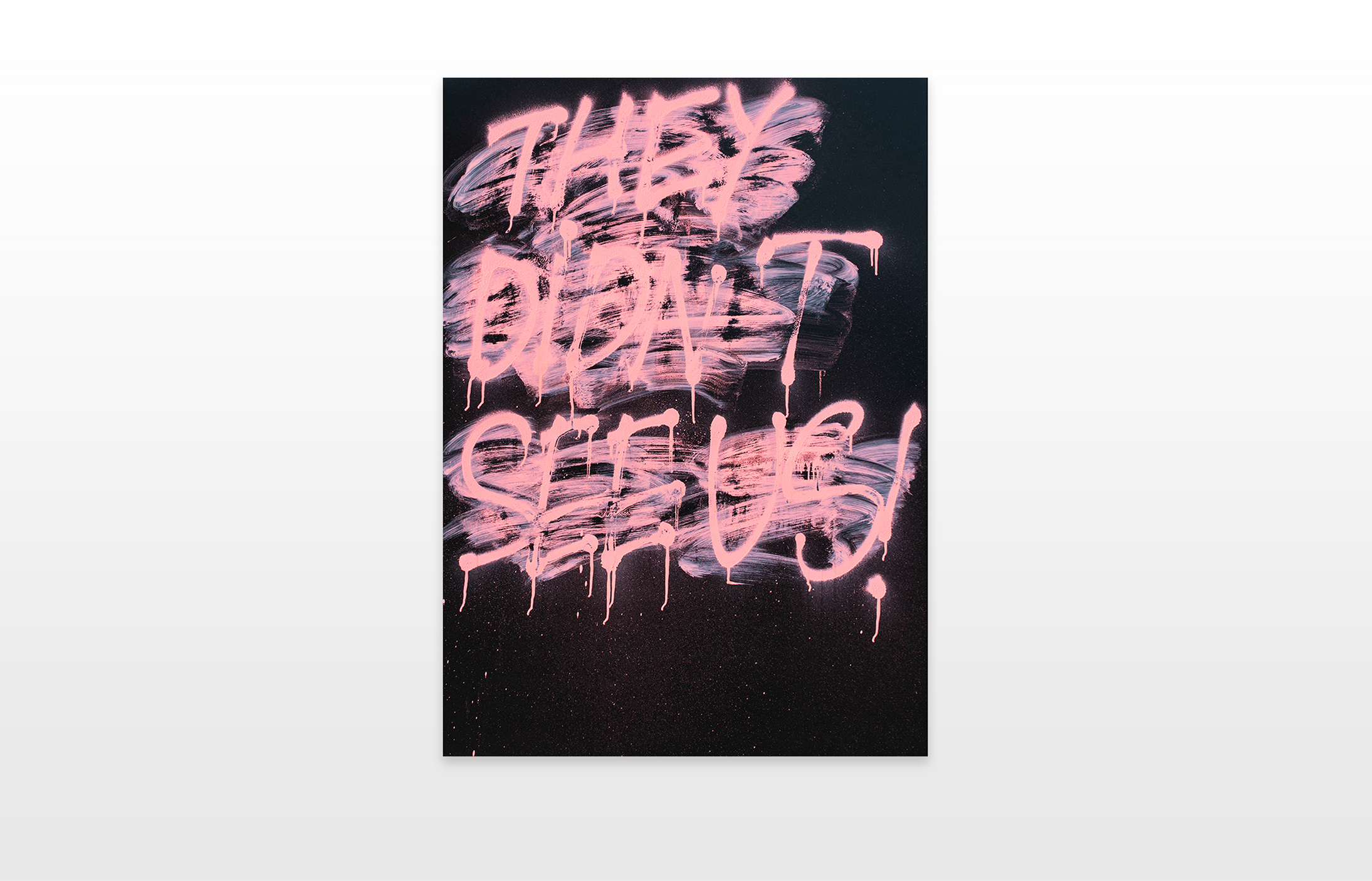 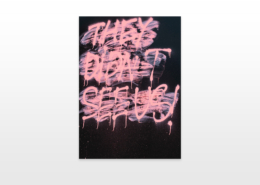 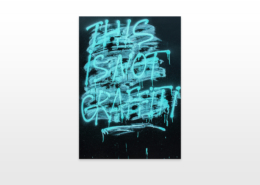 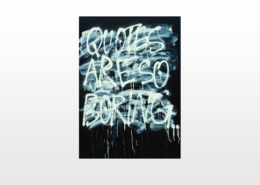 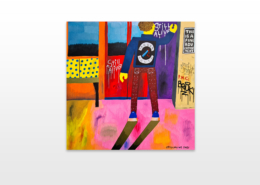 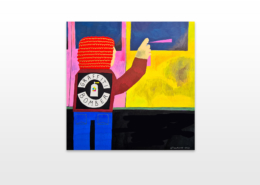 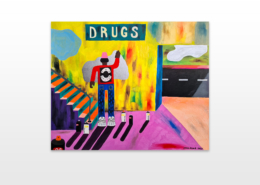 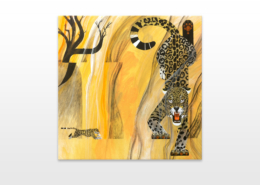 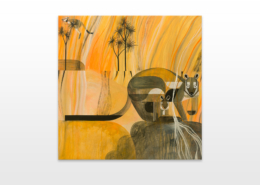 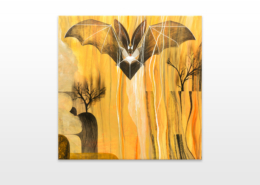 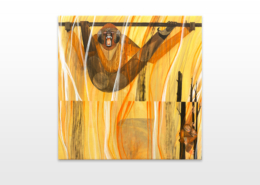 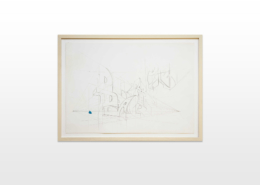 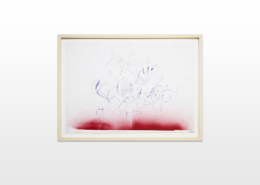 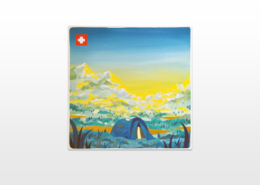 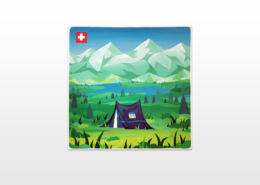 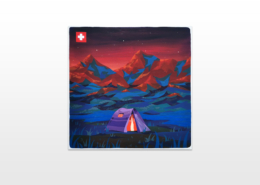 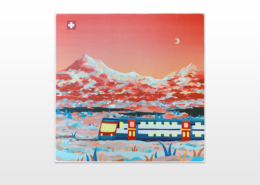 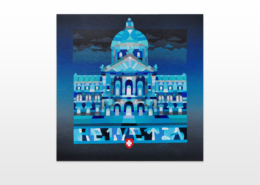 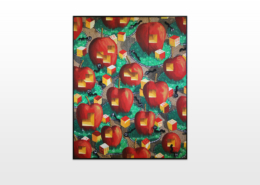 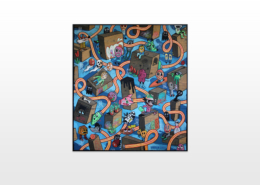 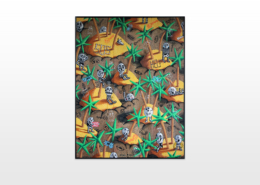 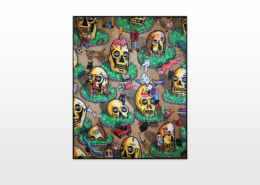 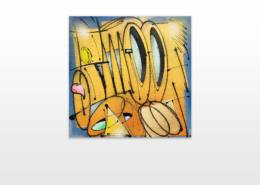 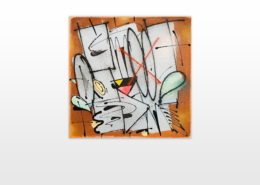 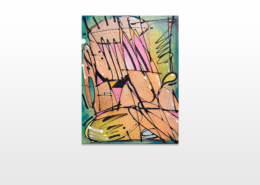 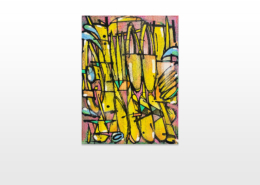